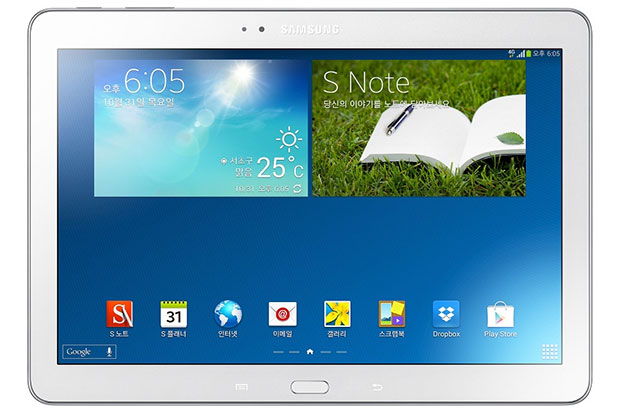 South Korea is not the only country to get Samsung’s latest and greatest tablet. According to a report by Mobile Syrup, Samsung’s Galaxy Note 10.1 2014 Edition is now selling in Canada through retailers like Best Buy and Future Shop. The available quanity seems to be limited, so if you’re planning to get one, you might want to catch hold of it before they’re sold out (at the time of publishing, 13 units were in stock at both the retailers).

Samsung has announced on its support page that the Galaxy Note 10.1 2014 Edition on T-Mobile has started receiving an over the air update to Android 4.4.4, the last and final version of Android KitKat. The update comes with build number P607TUVUANI1 and doesn’t have any changes other than what you get in Android 4.4.4, […]

There’s a lot of stuff that happens in the mobile industry, something that is especially true when it comes to giants like Samsung. If you missed out on some (or all) of what happened in the last 24 hours or so, well, here’s a recap of all the big things that went down. The biggest […]

The Galaxy Note 10.1 2014 Edition has been around since September last year, but for some reason, T-Mobile is only now planning to start selling it to consumers. One of Samsung’s most powerful tablets ever, the Note 10.1 2014 Edition will be available from the carrier from June 4th, though you can pre-order one right […]