Galaxy Tab 3 Kids is a trendy looking tablet for kids 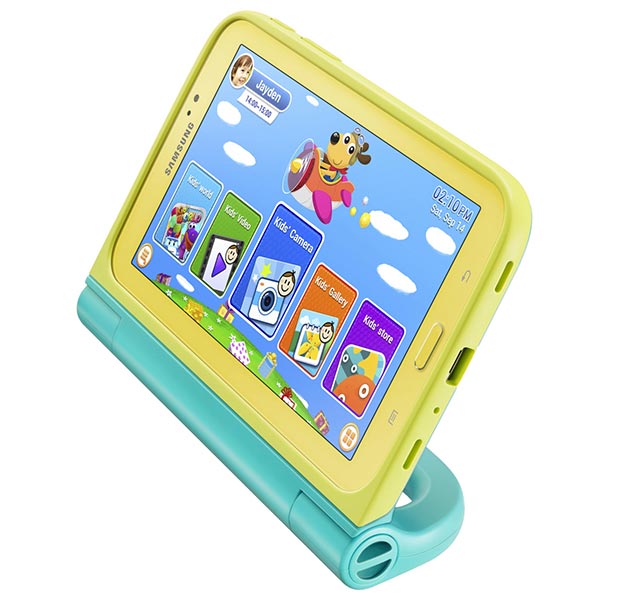 Barely 24 hours after we got wind of Samsung’s tablet for kids, the Korean company has announced the device. Galaxy Tab 3 Kids aims to make learning more fun with features tailored for kids. While the tablet is essentially Galaxy Tab 3 7.0 when it comes to hardware, the Galaxy Tab 3 Kids is pre-loaded with a brand new Kid’s Store and content ranging from educational, games, entertainment and e-book apps. The tablet also gives parents the liberty what apps they want their kids to have access to, Time Management which automatically password protects the tablet after a specific time period and a case that offers a better grip, multiple standing options and C Pen, which is a kid-friendly pen to doodle on the tablet.

Samsung will release the tablet first in its home market as expected followed by other regions.

Samsung has teamed up with Lego to release a ruggedized Galaxy Kids Tab. The slate, which is aimed at infants, comes complete with branding from the entertainment giant’s latest animated movie, Ninjago, as well as Samsung’s Kids Suite. Under the hood, the Galaxy Kids Tab 7.0 Lego Ninjago Movie Edition (try saying that after a […]