Samsung is having plans to introduce the Galaxy Tab 2 7.0, Galaxy Tab 2 10.1 and Galaxy Tab Note in a red color. The new color is expected to show up in 2013. Samsung want to sell these tablets before valentines day which is on February 14th. The new color is only for 3G / Wi-Fi tablets like GT-P3100, GT-P5100 and GT-N8000. Samsung introduced the second generation of tablets begin 2012 together with the Galaxy Note 10.1. Below the pictures of Samsung’s new red colord tablet called: Garnet Red 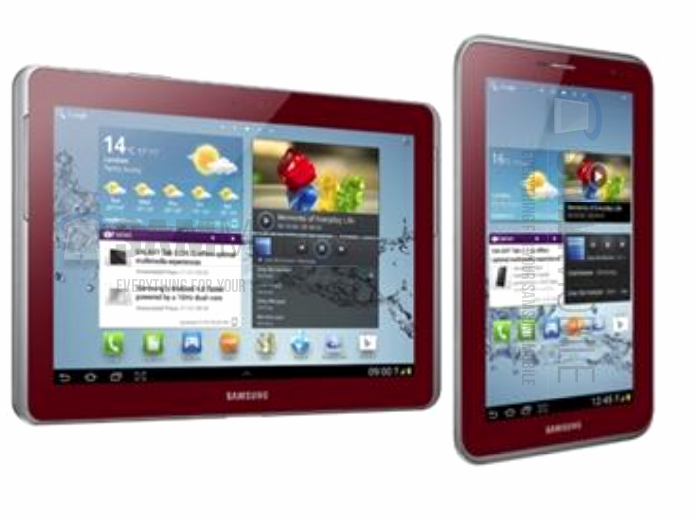 We know Samsung does special varieties of their flagships for different carriers around the world. So today through the twitter channel @Evleaks known for its accurate leaks, a purple/violet color Galaxy SIII  for the US carrier Sprint popped up. It is scheduled for a release around Mid-April according to Evleaks. Its front and back is pictured in […]

As SamMobile reported 19 November 2012 that there would be more colors for the Galaxy S III Mini. Today Samsung France published the new Galaxy S III mini colours. 4 new colours with the following names: Titan Gray, Amber Brown, Garnet Red and Onyx Black. The Galaxy S III mini is already on the market with the colors Pebble Blue and […]

Pictures of the new colors for the Galaxy S III Mini

Last Year in November, SamMobile reported that Samsung will be bringing the Galaxy Note II in 3 new colours, Amber Brown, Topaz Blue and Ruby Wine. Now the Amber Brown variant of the Galaxy Note II gets unboxed over at Chinese site ePrice with its matching brown flip cover in a variety of pictures. The device looks […]