Introduction
Earlier this year at Mobile World Congress Samsung announced the Galaxy Note 10.1, but it went on sale 5 months after the announcement.
We got the opportunity to test  the WiFi only version of the new Galaxy Note Device.
The Galaxy Note 10.1 looks almost exactly like the Galaxy Tab 2 10.1 but it has a more premium appearance and has the S-Pen of course !
The Note 10.1 also has a 5 megapixel camera on the back and on the front it has a 1.9 megapixel camera. The screen and the processor are better than on the Galaxy Tab 2 10.1 but one drawback is the resolution of the screen especially if you consider the price and that you can buy an iPad with a higher resolution for the same price. It’s clear that Samsung’s main selling point of the Note series are the S-Pen optimized apps, you’ll find for example Photoshop Touch. In this review we’ve looked at the most commonly used features and at the end you will see our verdict on this new tablet from Samsung. 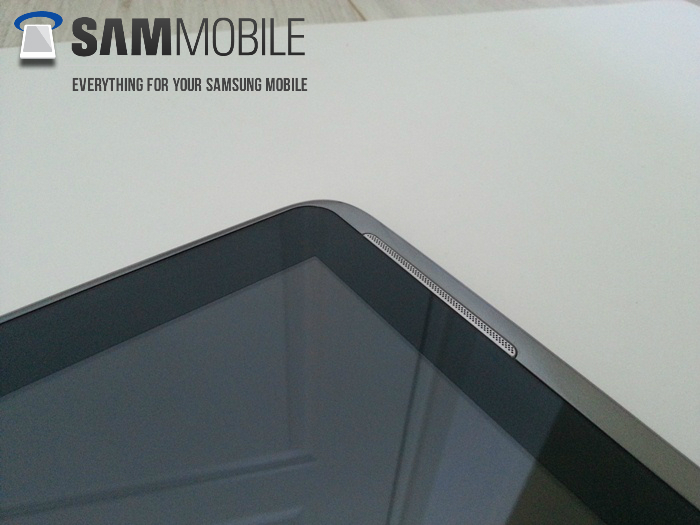 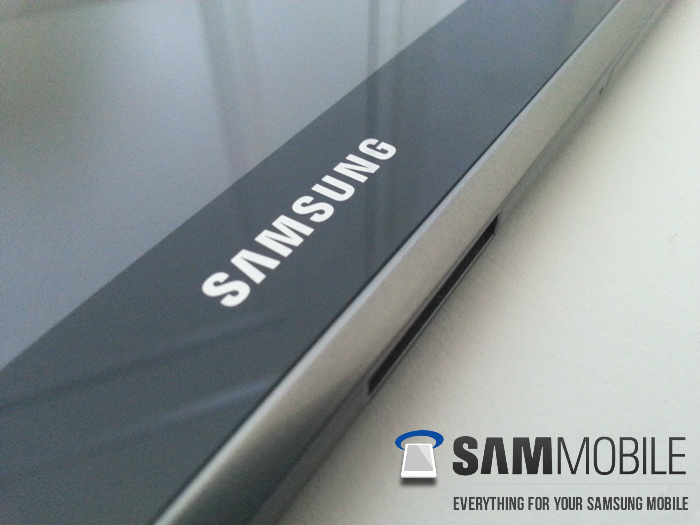 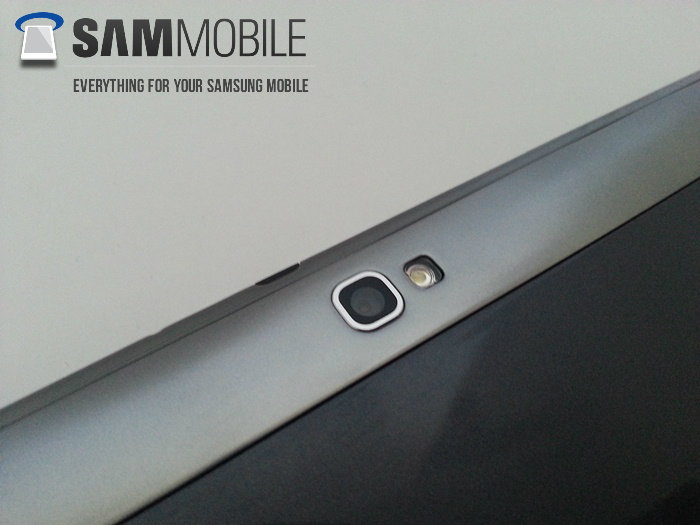 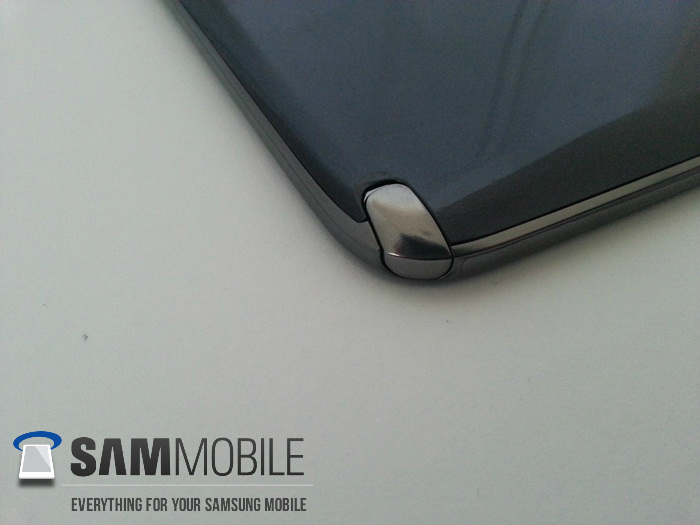 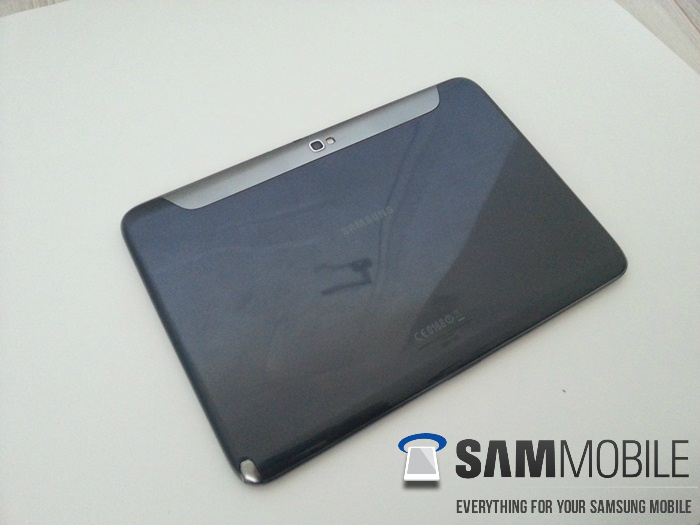 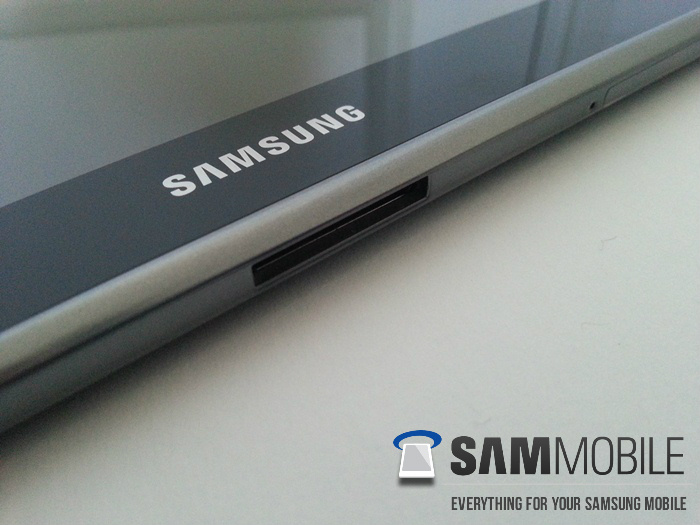 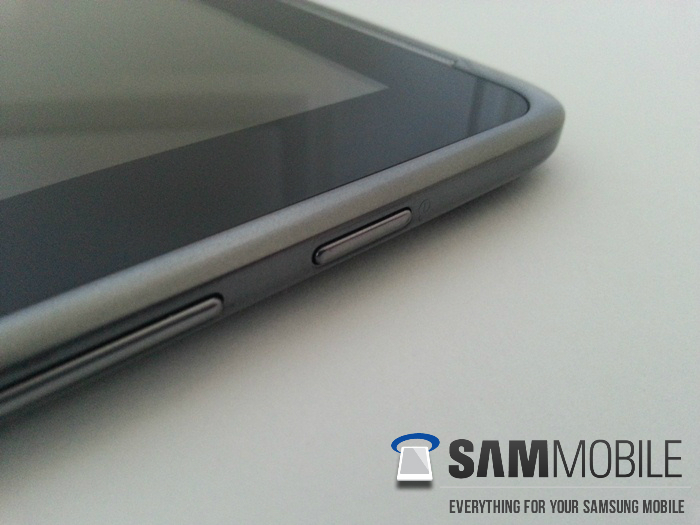 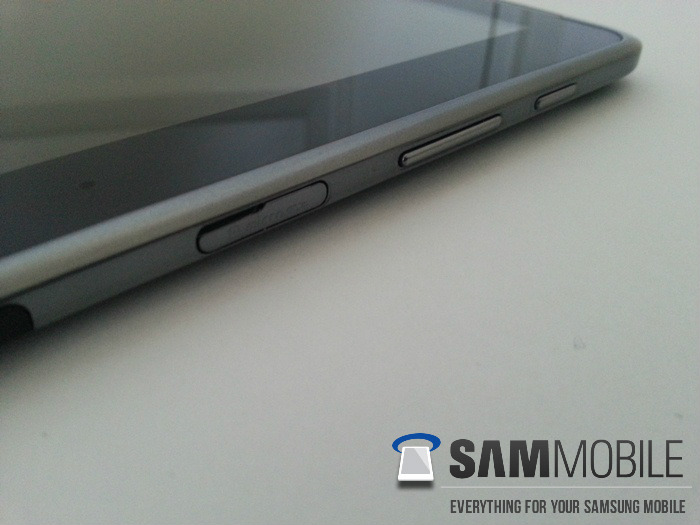 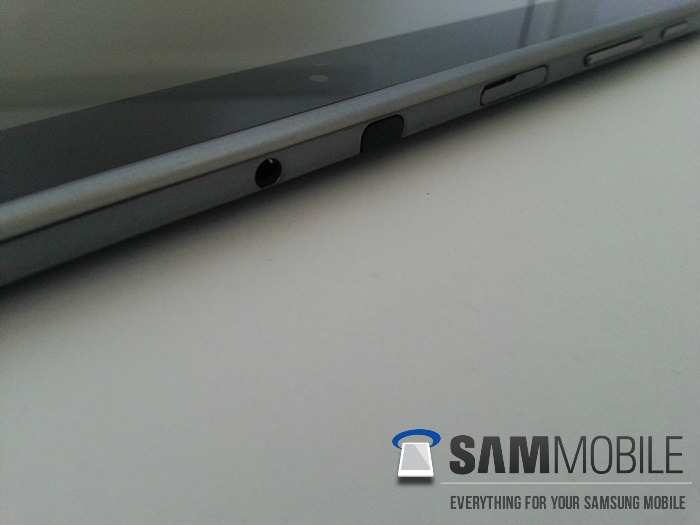 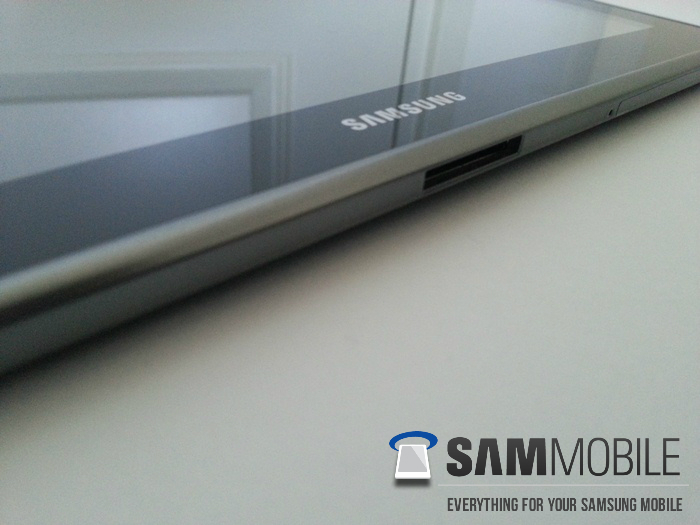 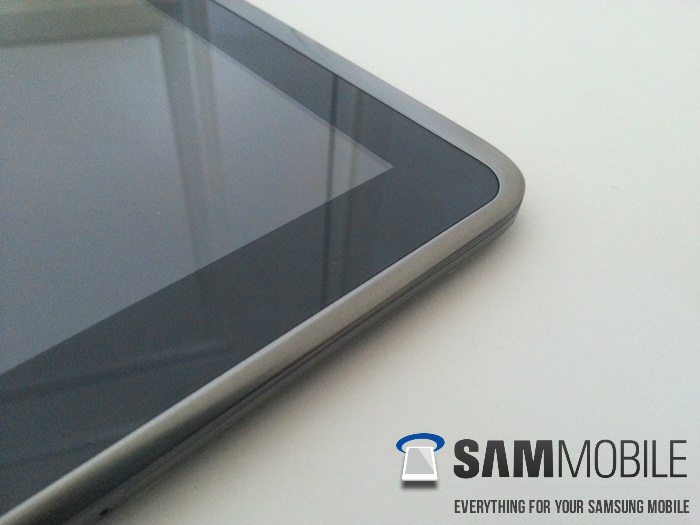 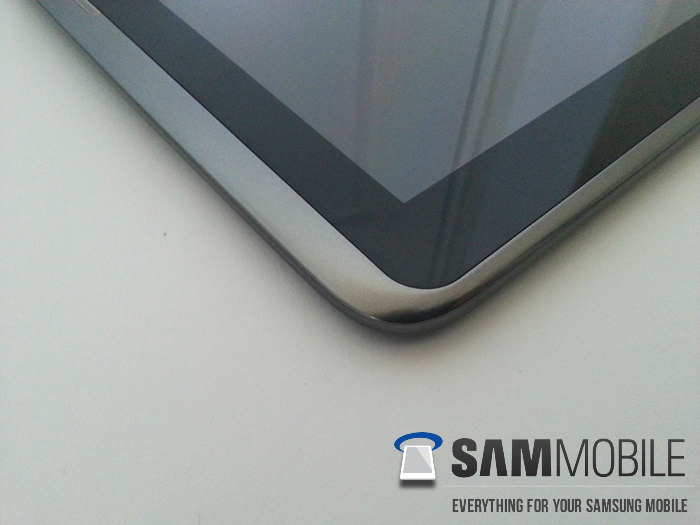 Screen
The Galaxy Note 10.1 has a 10.1 inch PLS screen, unfortunately we are not that pleased that Samsung decided to use a PLS display in a high-end tablet like the Galaxy Note 10.1, for its price we had hoped that Samsung had used a Super AMOLED display like for their high-end smartphones. The biggest problem is, when you are watching a video, you’ll directly notice that a PLS screen is using a back-light and thus that black isn’t black but more dark grey. Unfortunately Samsung couldn’t use their the new generation PLS screens since they were not ready with it. Overall we have to admit that screen is a disadvantage for a tablet of this class. The quality of the screen will simply be blown away by the screen quality of Apple’s iPad.
Below you’ll find a comparison video with the Galaxy Tab 7.7 and the Note 10.1 showing the difference between a Super AMOLED Plus screen and a PLS screen.
The Galaxy Tab 7.7 has the same resolution as the Galaxy Note 10.1 but it is sharper since it has a smaller screen. The Galaxy Tab 7.7 has a PPI of 196 and the Galaxy Note 10.1 has a PPI of 149.
We’ve used a YouTube music video clip of Rihanna – Diamonds since the video is showing mostly the color black. 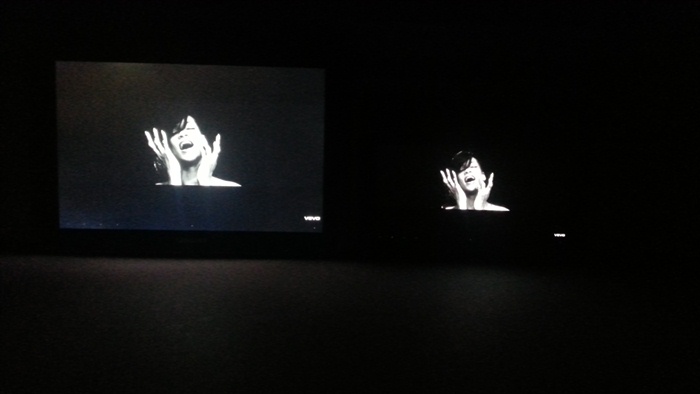 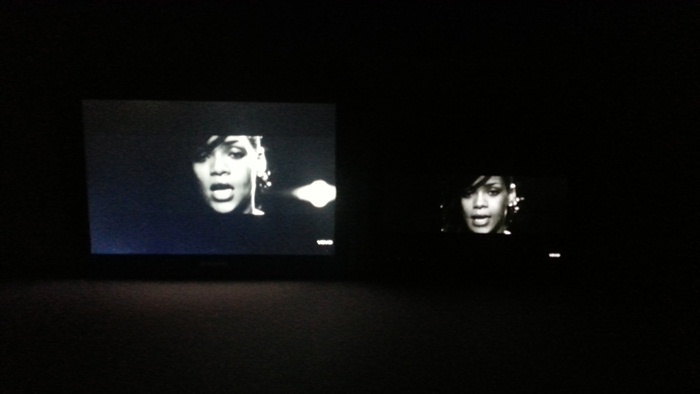 Interface
On the Galaxy Note 10.1 you’ll find Samsung’s TouchWiz Nature UX interface, which has nature like effects. For example the default lock screen has a water ripple effect, once you are using the device you will notice some other nature (sound) effects. If we compare the interface with the TouchWiz Nature UX from the Galaxy SIII we notice that some of the interface elements are not present on the tablet version of Nature UX interface, it’s mostly the same as on previous Samsung Galaxy tablets. For our taste are the icons a bit big but it’s not irritating but its something that you’ll notice. Overall the interface quite straight forward and easy to use which gives it a pleasant user experience. We hope that Samsung will add some new TouchWiz interface features with upcoming software updates. We really like the split view feature where you can open 2 apps at the same time, this works really good and it takes advantage of the 10.1 inch screen. We also liked the Popup Play feature where you can watch a video and use the tablet at the same time to send an email or browse the internet. Since we received a WiFi only version we couldn’t test the sim card function but as you know the 3G model will add the option that you can use the tablet an extra sim card for phone calls and using the internet.

S-Pen
De S-Pen is the most important feature of the tablet. We have to admit that we really like to use the S-Pen, although we have to mention that the S-Pen software on the Galaxy Note II is a bit better than on the Galaxy Note 10.1. We hope that Samsung will fix this with a software update, but in our opinion it would be better if Samsung had already pushed out an update to solve this.
We didn’t notice that the tablet had any issues with recognizing the S-Pen. We could clearly see the improved pressure sensitive levels of 1024, we didn’t count but we could clearly notice it when we played with some drawings. The S-Pen has also a button for some extra options for example taking screenshots, its not something groundbreaking but its works well.

Samsung has pre-loaded some specific apps for using the S-Pen like Photoshop Touch, it works really good and we believe that it can be handy piece of software for users that really care about photo editing software, but since it has extended options it will take some time to learn these options. Samsung has also included handwriting and formula recognition and we have to say that it works really good it easily recognize spaces between words and more!
Overall we have to say that the S-Pen software has been evolved and its still getting better, we have to say that we have expected this since Samsung has invested a lot in the S-Pen. On the original Galaxy Note we didn’t use the S-Pen but on the Galaxy Note II it changed and we are using the a bit more. We believe that S-Pen features at this stage will mostly be used by users who wants to be productive and creative. But for the average user we still believe that the advantages of using the S-Pen are limited.
Below you’ll see the S-Pen in action with a walk-through the interface!

Camera
Samsung used a 1.3 megapixel as front facing camera, which will mostly be used during video calls like Skype or Google Talk. On the backside there is the 5 megapixel camera. Although we believe that cameras in tablets won’t be used much by the average users since you won’t grab your tablet to take that special moment, for those moments its much easier to grab your smartphone but still we have to mention that the sensor that Samsung used is quite good and its produces some nice looking photo’s. The camera is pretty extended, something that you will also find on Samsung’s smartphones. Besides taking photos you can also shoot videos in 720p resolution. Below you’ll find some snapshots with a demo video.

Sound
Just like on the Galaxy Tab 2 you’ll find also on the Galaxy Note 10.1 dual stereo speakers, and its something that you will notice immediately once you’re playing music. We are quite surprised with the quality of the audio output of the tablet, its clear and loud without any squeaky sounds. Overall we are really pleased with the audio quality.

Speed
Samsung has used the fast and powerful Exynos 4412 chipset on the Galaxy Note 10.1, it’s a quad-core processor and its the same chipset that Samsung has used for the Galaxy SIII. We didn’t have any performance issues, using the tablet you’ll notice that it delivers a smooth and fast experience.

Battery
Samsung has used for the Galaxy Note 10.1 a battery with a capacity of 7000 mAh. We didn’t have any battery related issues, so you have plenty of time to use the tablet to be creative or to be productive or just for browsing the internet.

Conclusion
With the Galaxy Note 10.1 Samsung has released an Android tablet for users who want to do more with a tablet. The previous generation tablets were more consuming tablets where  you could use a tablet to watch video’s/photo’s, play some much, browse the internet and using apps, but you couldn’t use for more. With the Galaxy Note 10.1 Samsung has brought a tablet for users who wants to be creative and productive, and thanks to the advanced S-Pen software and input interaction is also quite personal and easy to use. The long battery life and the excellent performance makes it also a tablet which is a joy to use. The main disadvantage has to be the screen, the quality and the resolution are simply not good enough to compete with Samsung’s main competitor in the tablet market which is of course Apple. We hope that Samsung will use for the successor of the Galaxy Note 10.1 a AMOLED panel with a high-resolution. We also hope that Samsung will release a software update to extend the S-Pen features so you’ ll have the same feature set like on the Galaxy Note II.
If you want a tablet which you are going to use to be productive or creative, then the Galaxy Note 10.1 will be a good choice. If you are searching a tablet for watching videos or browsing the internet and you don’t want to use the S-Pen features then it would be better to take a look that the Galaxy Tab 2 series, where you can choose between a 10.1 an 7 inch version.

We will give the Galaxy Note a 7.5 because of the advanced S-Pen software and the battery life.
Below you’ll find a some information why you should use the Galaxy Note 10.1 according Samsung. It’s mostly based on the S-Pen features.