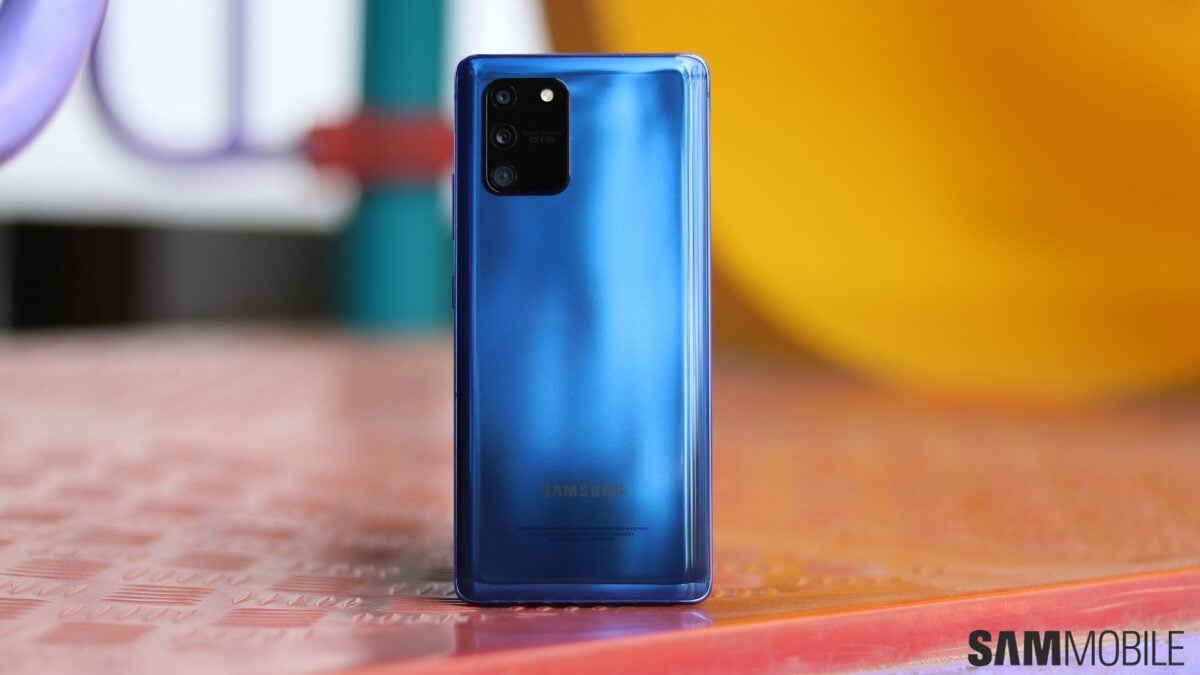 When Samsung unveiled the Galaxy S10 Lite, eyebrows were raised. There we were, just a couple of months away from the Galaxy S20’s arrival, and Samsung decided the Galaxy S10e wasn’t enough and that it needed yet another smartphone that can bring some Galaxy S10 features to a lower price point.

But don’t let the name fool you. It may be using the Galaxy S10 moniker, but it doesn’t really share too many specs with the other Galaxy S10 handsets. Its 6.7-inch screen is flat and is larger than what you find on the Galaxy S10+. It looks completely different from the back. Its camera setup has bigger numbers on paper, but it’s mostly a mid-range camera setup, with a lower-resolution ultra-wide camera and a macro camera instead of a regular zoom camera. It has a single loudspeaker, and it doesn’t have a headphone jack.

In fact, the Galaxy S10 Lite is similar to the Galaxy A90 5G in overall specs, so Samsung is simply banking on the popularity of the Galaxy S10 series to draw more attention to this phone. But that’s not a bad thing. The Galaxy S10 Lite is, at the end of the day, quite the power-packed smartphone. The main attractions are the Snapdragon 855 chipset, 4,500 mAh battery with 25W super fast charging, and the latest version of Android out of the box.

And you’re getting all of that for a pretty impressive price. At 649 euros in Europe, the S10 Lite is priced exactly the same as the Galaxy A80 was at launch. In India, the pricing is even more impressive. The S10 Lite costs Rs 39,999 in India, which translates to around 510 euros. That gives the S10 Lite the highest power-to-price ratio of any smartphone Samsung has launched in the country and makes it the first Galaxy smartphone that can truly compete with the latest OnePlus flagships.

As usual, we’ll be able tell you how good the overall package is in our full review. For now, I have a few thoughts to share on the handset after a short time of using it as my primary phone. 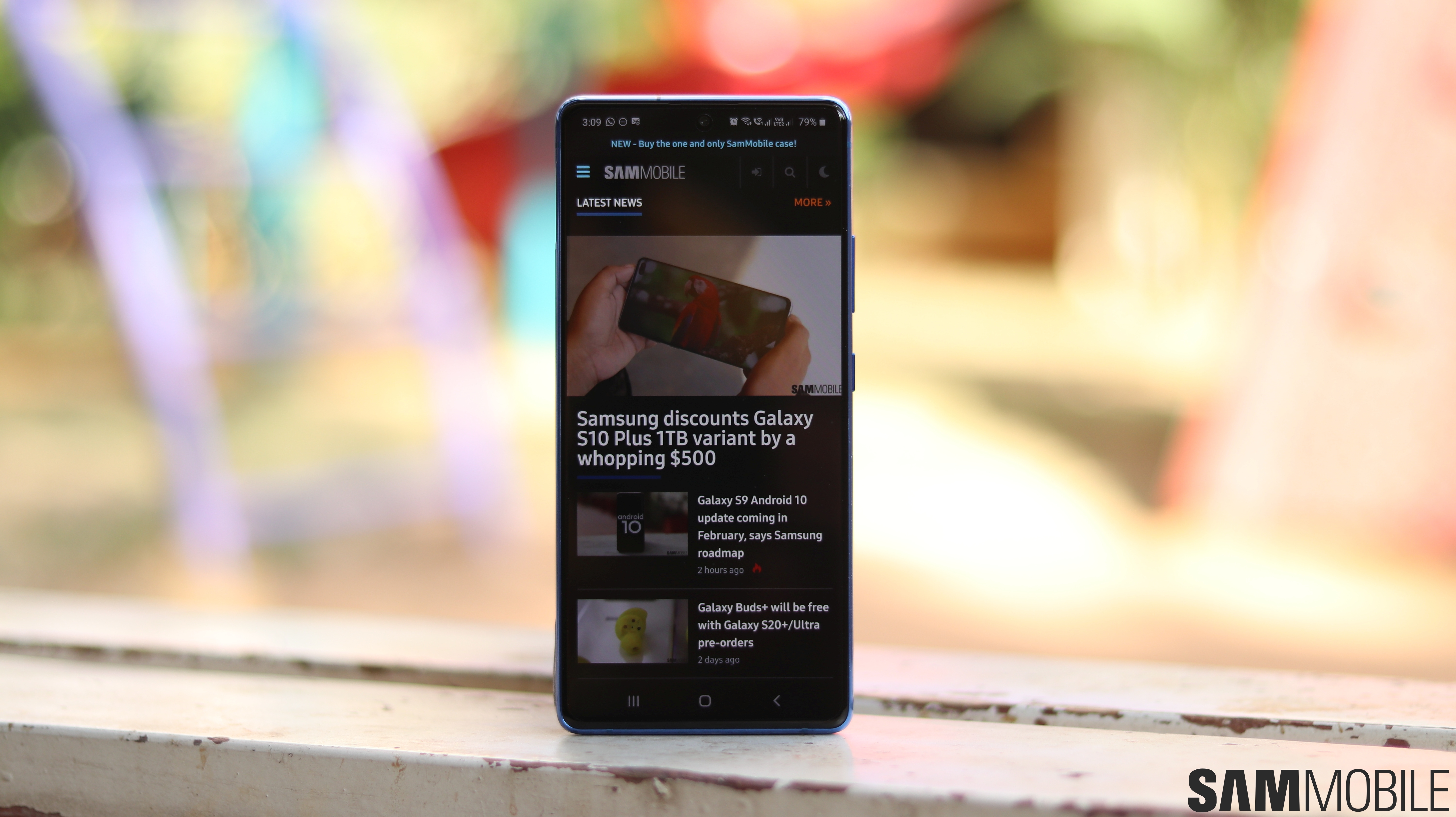 The Galaxy S10 Lite is a pretty big phone because of that 6.7-inch screen, but like all recent Galaxy smartphones, the S10 Lite has a pretty small footprint thanks to the small bezels. And it looks striking from the back, at least on the blue variant sent to me by Samsung India. I am glad that there’s no gradient trickery at work here. The standard dark blue paint job makes for a very classy look. The back isn’t made of glass, by the way, but the phone still feels excellent in the hand.

The Galaxy S10 Lite doesn’t have a headphone jack, which will make it an instant no-no for many folks. You get USB-C earphones in the box, but these are of the mid-range variety as you find on A series phones like the Galaxy A70. As mentioned earlier, the S10 Lite also has only a single loudspeaker. But the 6.7-inch Super AMOLED display is of high quality, and some will like the fact that it’s not a curved screen. The optical in-display fingerprint sensor also seems to work great; it’s actually working better than the ultrasonic fingerprint scanner on the Note 10+ for me. 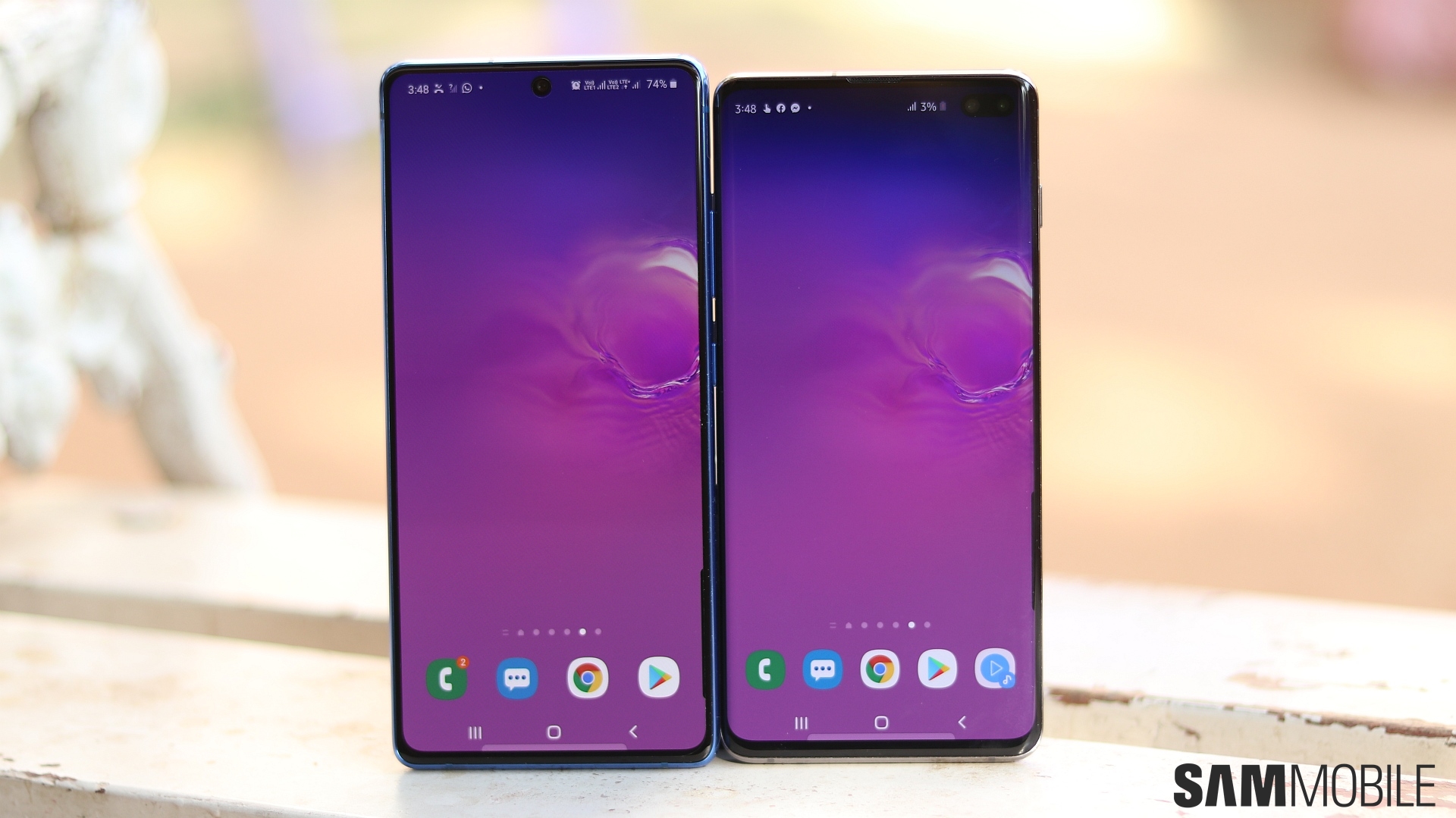 The S10 Lite’s performance is as good as you would expect from a phone with the Snapdragon 855 and 8GB RAM under the hood. It didn’t stutter or lag much even when I was setting it up and installing apps and restoring data in the background. In fact, the Galaxy S10 Lite is the first Samsung phone I’ve used with a flagship Snapdragon chipset in the last few years, and that will be true for many — if not most — who pick up the device.

And I’m very eager to see how the 4,500 mAh battery holds up. Snapdragon-powered Galaxy phones often show longer endurance than their Exynos counterparts, and even if that weren’t the case, a 4,500 mAh battery should last pretty long, though I will only be able to offer proper figures in our full review. Battery charging should be quick as well thanks to support for 25W super fast charging; a 25W charger is provided in the box. 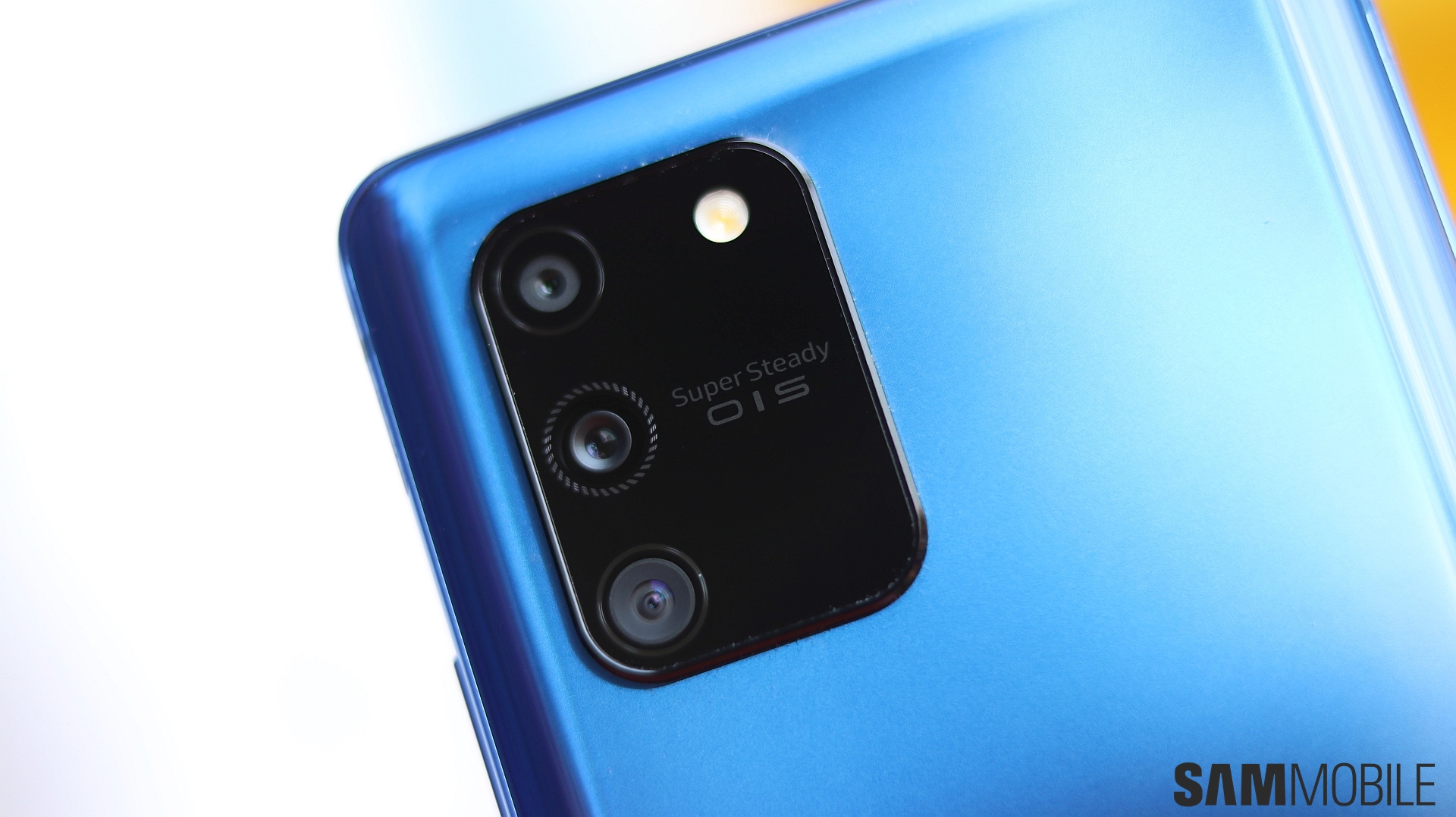 The rear cameras on the Galaxy S10 Lite are quite similar to the Galaxy A51’s. But Samsung says the ‘Super Steady OIS’ tech sets the S10 Lite apart from the rest. The camera module tilts like a gimbal for improved video stabilization, although I will have to do thorough testing to say just how better it is than regular super steady video recording available on other Galaxy phones, which crops the output from the ultra-wide camera to make it seem like the video is smoother and more stable.

Unfortunately, the S10 Lite has a macro camera instead of a telephoto camera. As we said in our Galaxy A51 review, the macro camera is great if you love taking photos of food and closeup shots of things like flowers and insects. But it is severely limited by the need for you to move extremely close to the subject. The macro camera is no doubt one of the main reasons why Samsung has been able to bring down the price of the S10 Lite, but again, it has limited use cases. 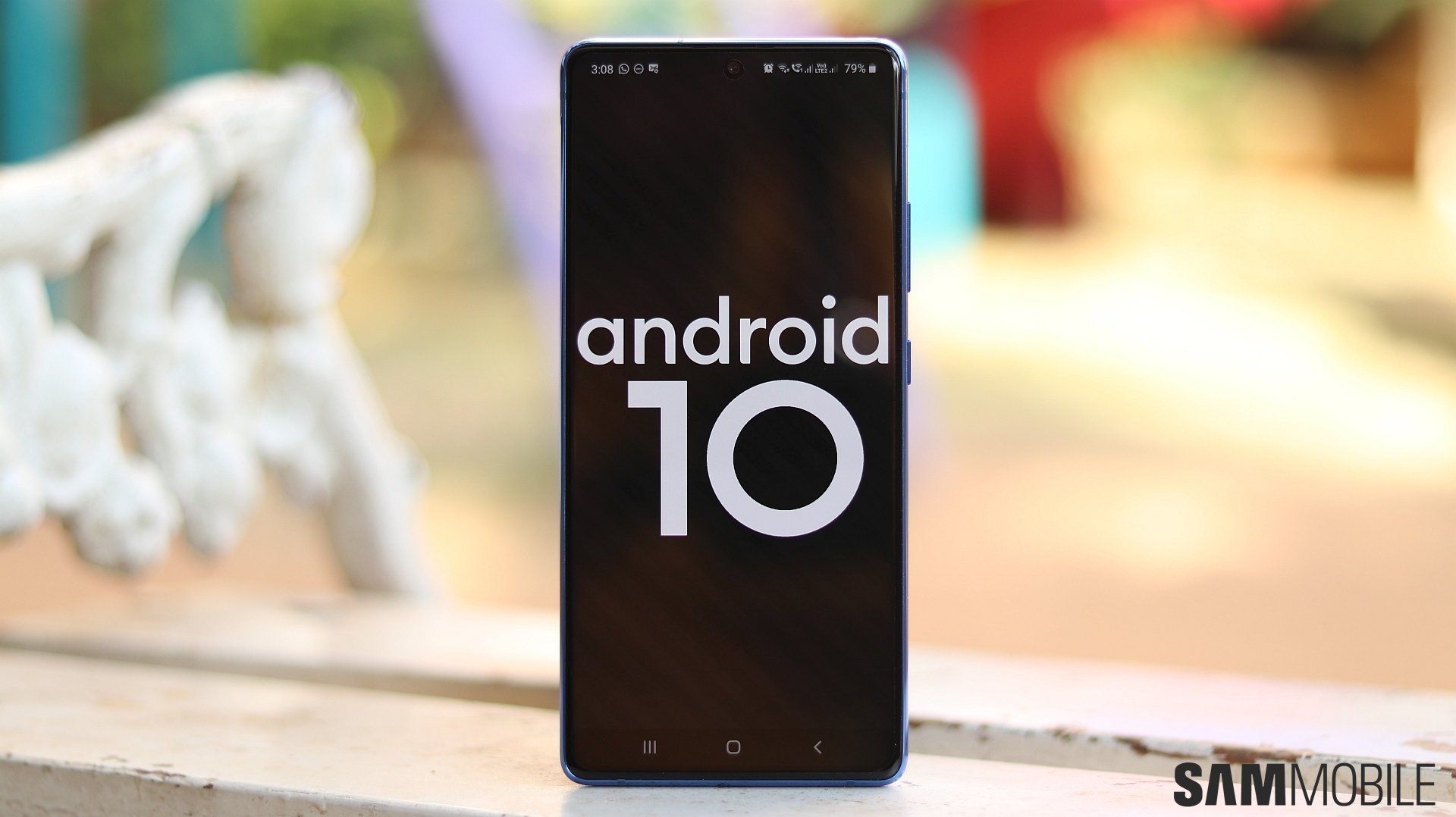 On the software front, the Galaxy S10 Lite runs Android 10 with One UI 2.0 out of the box. Features like Bixby Routines, Edge screen, and Screen recorder are included, but, for some reason, there’s no Samsung DeX for PC support. The Galaxy A90 5G has it, and I hope Samsung will bring the functionality to the S10 Lite with a software update, as it’s perfectly capable of running DeX. Hopefully, security updates will come out regularly as well; Samsung is yet to say if the S10 Lite will get monthly or quarterly security updates.