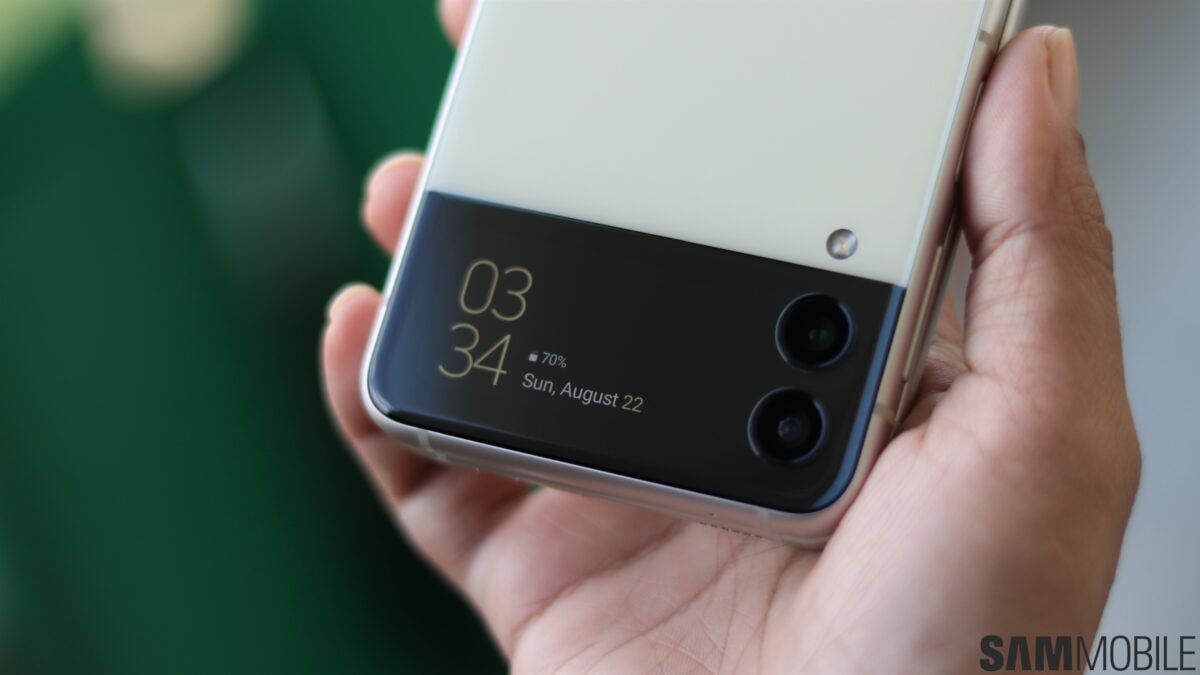 The cover screen on the Galaxy Z Flip series lets you check notifications, toggle on functions like Wi-Fi, sound, and the camera flash, and add a select few widgets (like your favorite contacts, a timer, etc.). You also have the option to use it as a camera viewfinder to better frame your selfies and capture them using the higher-quality rear cameras instead of the front camera.

But as I’ve realized over long-term usage of the Galaxy Z Flip 4 (and the Z Flip 3 before that), the option I want the most is actually an option to turn off the cover screen completely.

First off, the small size of the cover screen means I rarely use it. The only thing I do with it is pause and resume any audio or video that might be playing on the phone. But even that’s on rare occasions. I unfold the phone for pretty much everything, including checking notifications and taking selfies (not that I do the latter too often – it’s mostly my friends who use my Z Flip 4 and its cover display for selfies because they get very excited that it’s possible to do so).

However, the fact that I don’t use the outer screen much isn’t the main reason I want the option to turn it off. It’s those damn accidental touches when the phone is in my pocket. Even with a case on, my Z Flip 4’s cover display gets activated in my pockets on its own, mostly when I’m running outdoors with my dog. Those accidental touches have done everything from playing a video or music I might have paused to changing my cover screen wallpaper, and it’s frustrating.

For some reason, Samsung’s accidental touch protection feature, which stops its smartphone displays from being activated when the device is in a dark place (like a pocket or a bag), doesn’t work all that well with the cover display on the Galaxy Z Flip series of phones. In fact, it’s almost like that accidental touch protection setting doesn’t apply to the cover display at all, which means I can never be sure what will happen when the phone is my pocket.

One solution to this problem is to turn off the “double tap to wake” display feature that comes loaded on pretty much every Samsung Galaxy smartphone. But that’s another area where Samsung hasn’t thought ahead when it comes to its foldables: turning off that feature applies to both displays, not just one or the other.

And even if that did work separately for the two screens, I wouldn’t disable it, because double tapping to wake up a phone’s display is just too convenient. That basically means there are two options left: Samsung can either improve its accidental touch protection algorithm, or add the ability to turn off the cover screen completely. I’d prefer the latter more, and I sure hope it’s something Samsung considers adding to its foldable flip phones in the future with a software update.