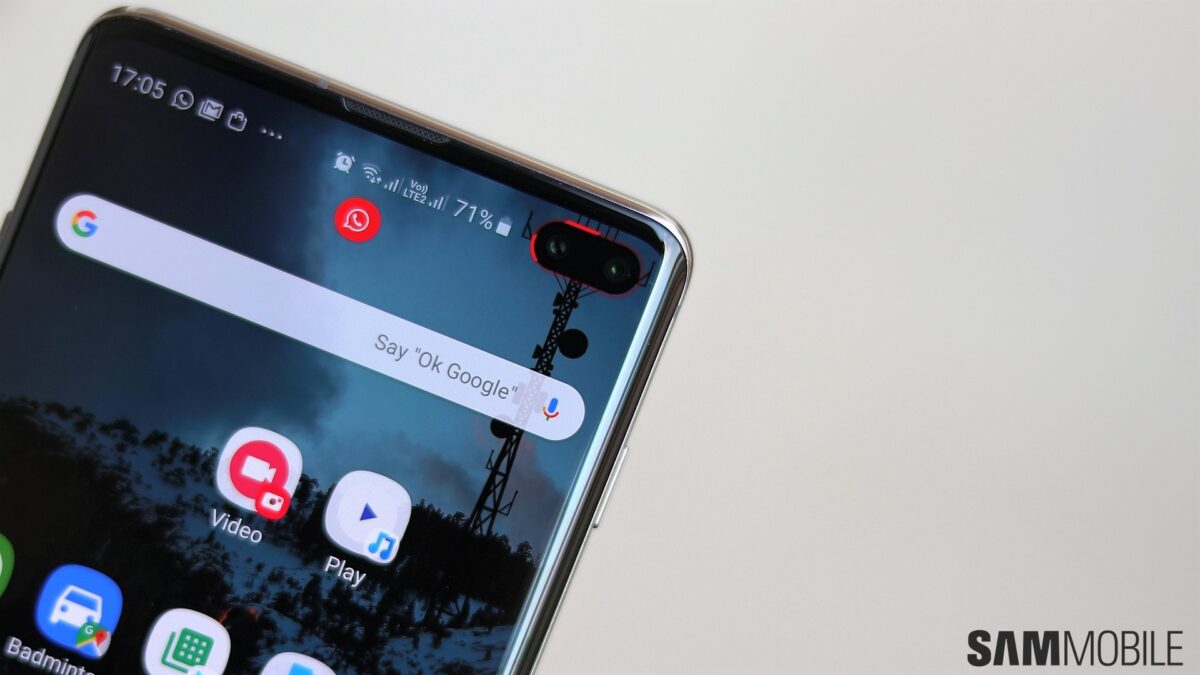 The latest buzzword among Apple fans and smartphone enthusiasts is “Dynamic Island.” What is it? Well, in case you missed Apple’s recent iPhone 14 keynote and the news that followed, Dynamic Island is a new way for select iPhone 14 models to distribute information at a glance via an animated notification area that pops out of Apple’s wide display notch. That’s pretty much the gist of it. It’s similar to Samsung’s old Edge Lighting feature that surrounded the Infinity display notch at some point, except it’s on steroids. It has more detailed animation and is integrated with more apps. However, its primary purpose is to lend value to Apple’s egregious display notch, and that is why Samsung should probably not rush into copying it for One UI.

Rather than representing this revolutionary new way of thinking about selfie camera notches, I believe that Dynamic Island is more or less the result of Apple’s apathetic attitude to selfie camera notches. It’s a solution to a problem that only Apple has created, and that is why I think Samsung should probably steer clear of this concept.

Samsung should instead continue revolutionizing UPC

Although Dynamic Island might look nice at a glance, at the end of the day, it’s nothing more than a software gimmick (albeit a well-optimized one) designed to make sense of Apple’s off-putting selfie camera notches. It’s an unusual software solution to Apple’s hardware shortcomings — a solution that probably doesn’t work very well in landscape mode.

With that in mind, we believe that Samsung should continue revolutionizing selfie cameras through UPC (Under Panel Camera) technology rather than jumping on the Dynamic Island bandwagon. Or, at the most, Samsung could bring back Edge Lighting with additional features, only to remind everyone that the idea behind Dynamic Island is neither new nor revolutionary.

The age of the display notch is almost at an end. Most smartphone manufacturers have tried to minimize the impact of display notches through clever hardware engineering, with the exception of Apple. After all, the Cupertino giant is a software developer first and foremost, and Dynamic Island is a software solution to a hardware problem that only Apple faces. It might look clever, but it’s only prolonging the inevitable demise of display notches.

I doubt Dynamic Island will leave a mark on the mobile industry in the long run, and because of this, Samsung shouldn’t spend too many resources trying to imitate what Apple has done in this regard. Then again, Apple has a massive client base and can influence the market in unpredictable ways, so I could be wrong, and more Dynamic Islandesque notification pop-ups could crop up across the Android smartphone landscape soon.

Realisticly speaking, smartphones don’t need a huge display notch to offer better notifications and animations. At most, Samsung and other Android OEMs could learn a few things from Dynamic Island and perhaps implement those lessons into the existing Android OS / One UI  notification bar or notification area. But regressing to a wide display notch is probably not the righ way.

As much as Apple has tried to turn a negative into a positive, the truth is that Samsung phones don’t have a display notch issue. The company is already a few steps ahead in this regard, and UPC is likely the way of the future. Besides, I doubt that most Android smartphone users would accept a wide display notch for the sake of a highly animated notification area. So, is Dynamic Island worth it? I don’t think so. Not unless you have a huge display notch, and even then, it feels more like a temporary solution rather than the way of the future.

One of the barriers to complete immersion in virtual reality environments is the lack of complex tactile feedback. Most VR controllers have haptic engines inside of them, but that’s pretty much the limit of what VR controllers can offer in terms of immersion. Samsung, however, is trying to bring more sense to VR and has […]

Apple requests a 3,500ppi OLED display from Samsung for its AR headset

Have an old Samsung phone lying around? Check its battery!

Do you happen to have old Samsung Galaxy phones lying around? If you do, you may want to check their batteries for your safety. It looks like older Galaxy phones dating before the Galaxy S20 series may be plagued by an issue that causes the battery to swell over time — and yes, more so […]