Update: According to @rquandt on Twitter, the Galaxy S20, Galaxy S20+, and Galaxy S20 Ultra will also be released in white in Europe.

A Galaxy S20 Ultra in white – or at least a dummy unit – popped up in a live photo earlier this week along with reports that the phone should be launching in China soon. Now, it looks like the white model’s launch in China is drawing very near, as official promotional material is popping up on Twitter through unofficial sources.

The Galaxy S20 Ultra 5G in white will ship with 256GB of storage, according to the render at hand. In most countries around the world where the 5G variant was released, Samsung customers could only choose between 128GB and 512GB of memory. In any case, the render’s caption reportedly reads ‘Coming Soon,’ so it’s pretty obvious that Samsung is gearing up for the phone’s release in China.

China was the biggest 5G market in the world in Q1 2020. Huawei is leading the pack in its home country, even though Samsung was the largest 5G smartphone vendor globally. 5G is in high demand in China, and the network infrastructure continues to expand.

Samsung doesn’t have much of an influence in China, but the company is seemingly hoping to get a piece of that pie with the emergence of 5G phones. Perhaps this is why the 256GB Galaxy S20 Ultra 5G in white is going to be available in China first. This variant could also be released in other countries, eventually, but there’s no official word on the matter to back this up. We’ll keep you posted. 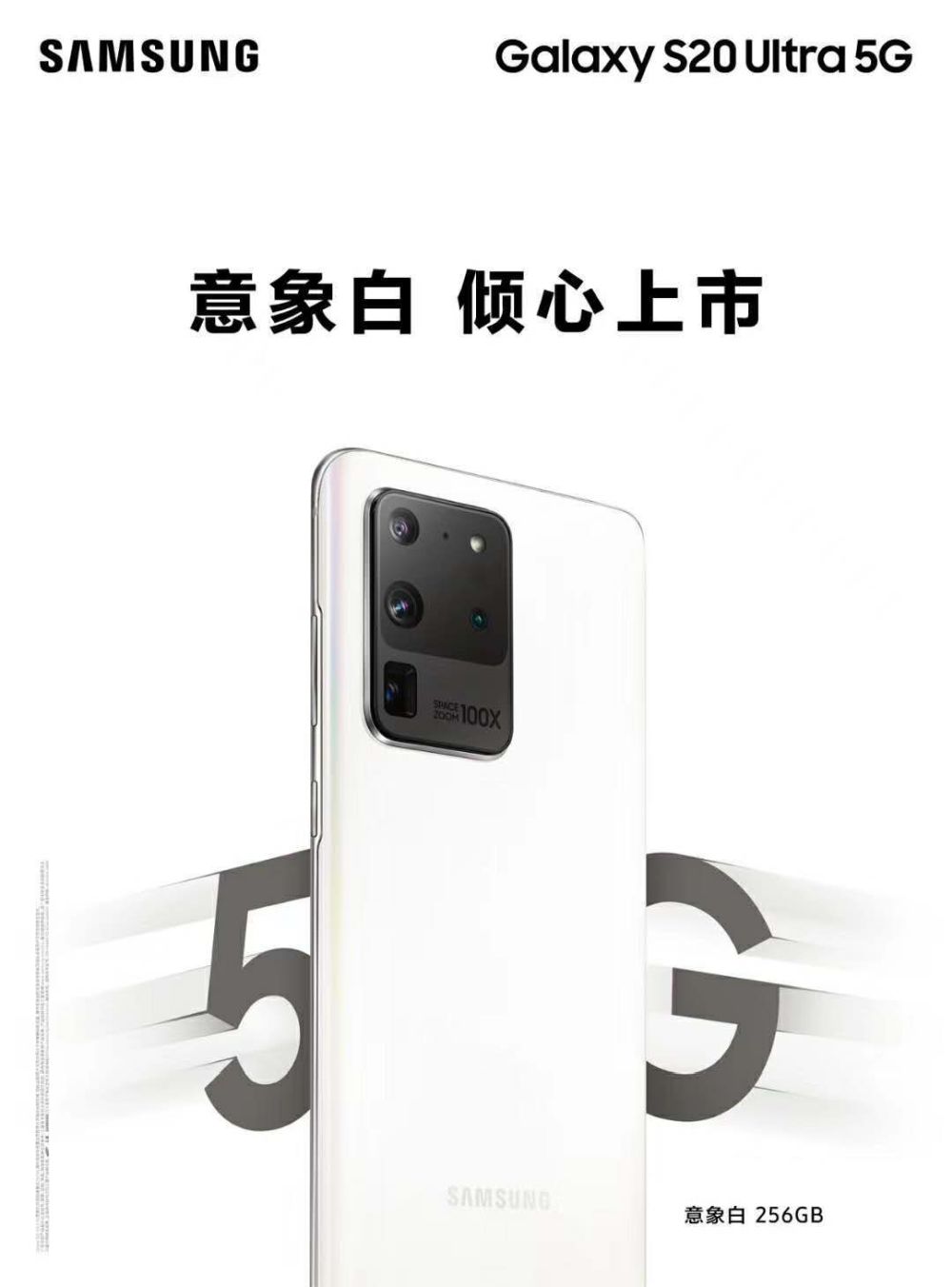 More news »
This is the Galaxy Z Flip 5G in Mystic Bronze! By Asif S.|11 hours ago
Samsung offers amazing incentives to customers who buy its 5G phones By Adnan F.|21 hours ago
Entire Galaxy S20 series is now available in France in Cloud White By Mihai M.|2 days ago
Galaxy S20+ BTS and Cloud White Galaxy S20 Ultra launched in India By Mihai M.|2 days ago
SamMobile Shop
Opinions More »
Features I want to see in the camera app on Galaxy smartphones
2 days ago