Android’s method of handling permissions was given a major overhaul with Android 6.0 Marshmallow, with the OS finally allowing users to control what permissions an app could use on a permission-by-permission basis, similar to iOS had been doing for a long time. Quite a few sites have written about the Galaxy S8 receiving the App permission monitor feature from the Galaxy Note 8 with the latest Oreo beta update, and we thought we’d join in on the fun by making it a part of our What’s New With Android 8.0 Oreo series.

With App permission monitor, Samsung allows the user to know exactly what permission an app is using when it’s running in the background. It’s not exactly a useful feature if you already trust an app with a few permissions, but its main objective is to let you know if an app accesses some data when it’s not being actively used, so we guess Samsung’s heart was in the right place when implementing the permission monitor. You can modify which apps get monitored, and also select what permissions are monitored within each app. Modifying permissions for apps remains a separate feature, accessible from the Apps section of the device settings. 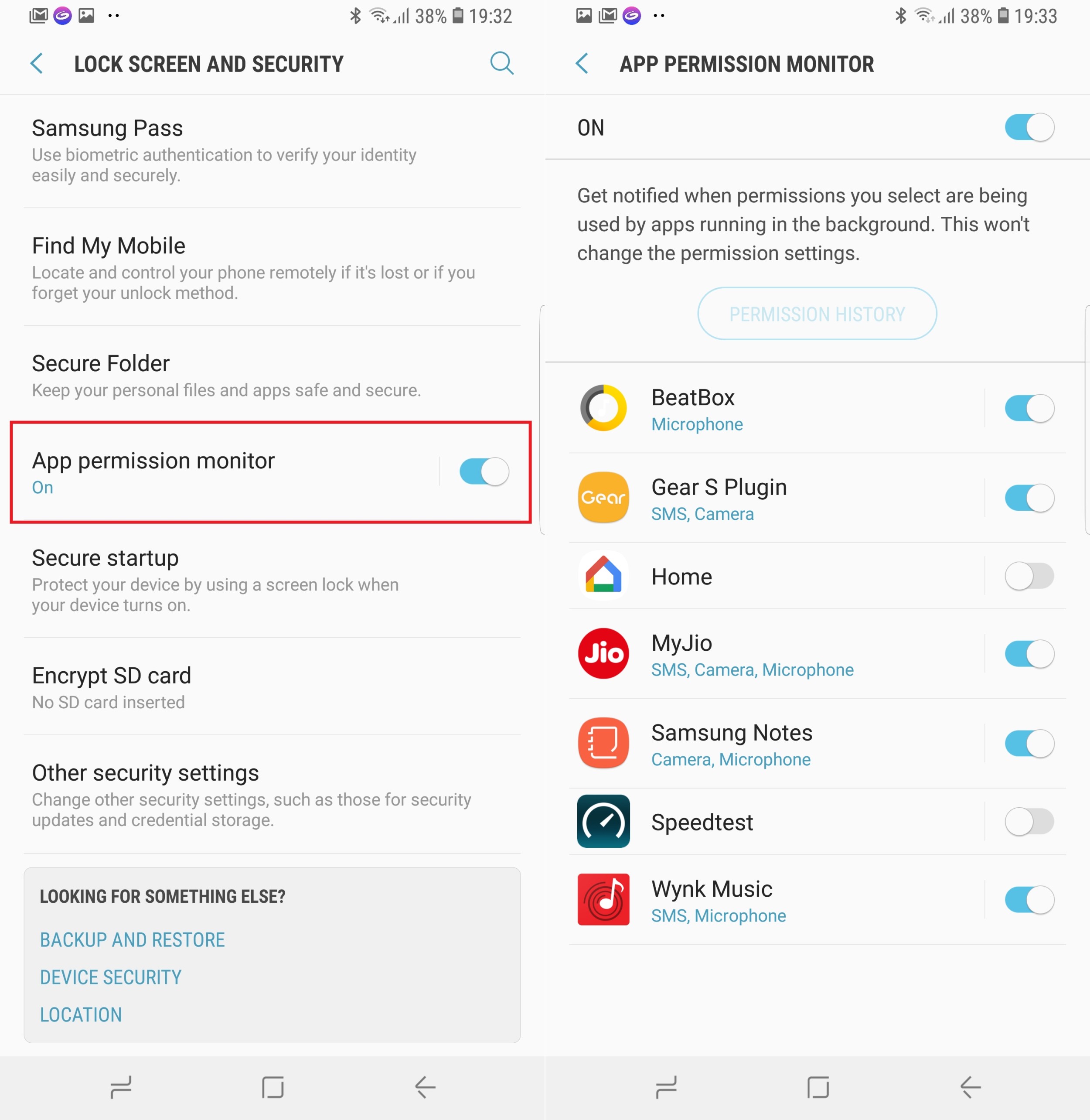