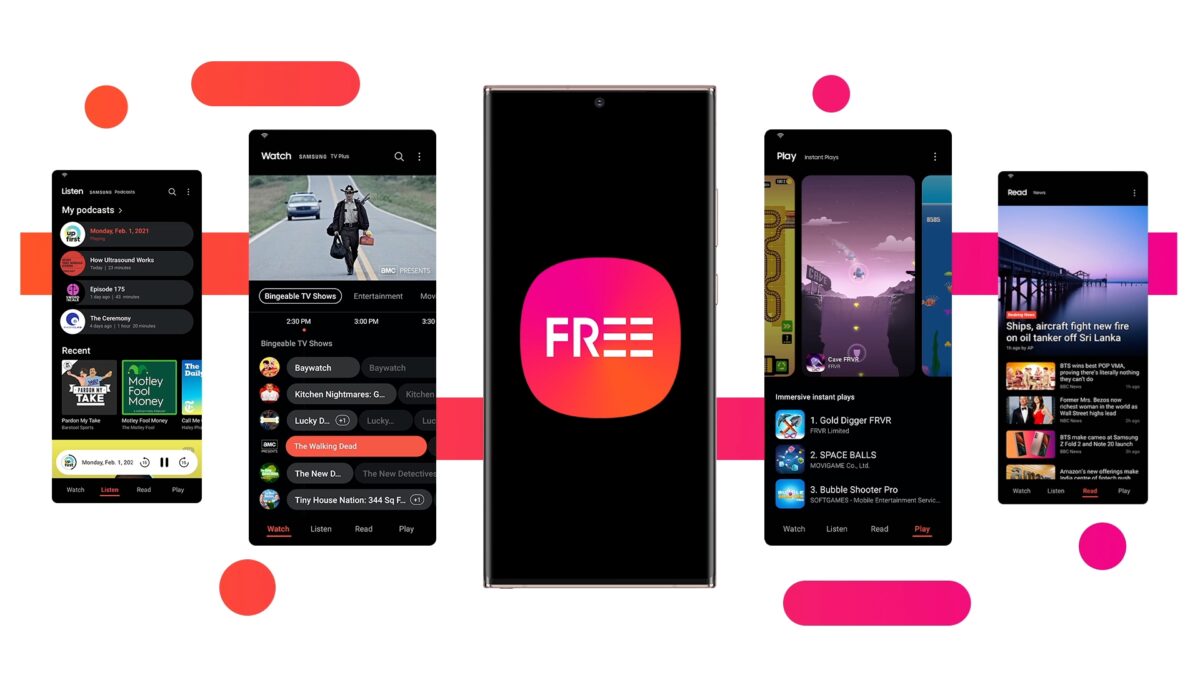 We’ve seen a lot of users asking what is Samsung Free and where did it come from, particularly after they update their device to One UI 3.0. It has quietly slipped under the radar. That’s why most people are taken by surprise when they find it for the first time on their device.

A lot of users tend to question the reason why it’s on their device in the first place. They’d also just rather have a way to get rid of it.

What is Samsung Free?

Samsung Free is a content aggregator service that provides access to news articles, live TV, podcasts and interactive games in one place. The content is made available free of charge to users. Samsung Free can be accessed by swiping left on the Home screen.

It has three tabs in which the content is sorted – Watch, Read and Play. Samsung Free actually replaces the Samsung Daily feed that used to reside in the leftmost Home screen on Galaxy devices. Samsung Daily had replaced Bixby Home in 2019.

You might be wondering why is it on your Galaxy device? Samsung confirmed in October last year that it would discontinue Samsung Daily. It also confirmed that the aforementioned service will be replaced with Samsung Free. The company said that the new service would provide more content and easy navigation.

Samsung Free is installed by default on all Samsung phones that come with Android 11 out of the box or were updated to this firmware. The app requires Android 11 and One UI 3. Since it’s a stock app, there’s actually no way to delete Samsung Free from your device.

You can disable it, though. Here’s how you can get rid of Samsung Free.

Google Discover is all set to get a makeover with the Android 12 update. Samsung's One UI 4.0 update could inc …

How to get rid of Samsung Free?

Samsung is replacing Samsung Daily with a new feature called Samsung Free. The news feed still remains on the …

Last year, Samsung replaced Bixby Home with Samsung Daily. The change was brought along with the Android 10 up …