Here are the best Galaxy A73 features 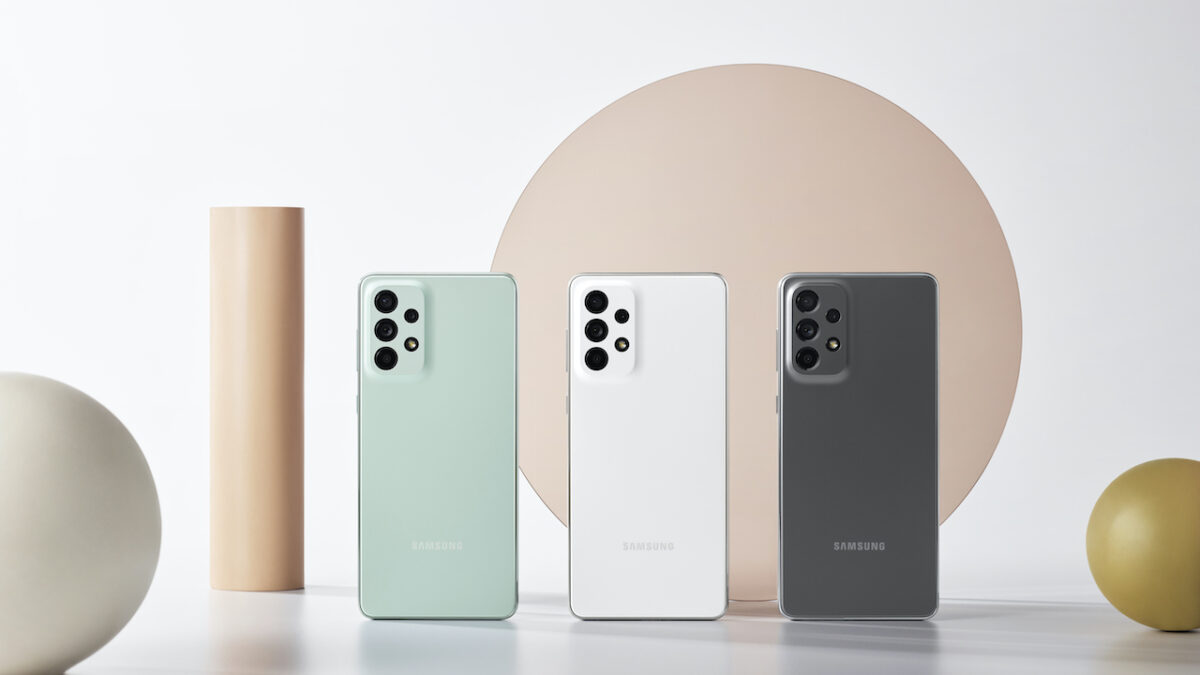 Samsung’s new Galaxy A phones for 2022 are official and on their way to the market. The Galaxy A73 is one of them, and in case the name doesn’t ring a bell, the A73 is an upper-mid-range phone aimed at the consumer and the enterprise markets alike.

The Galaxy A73 shares quite a few similarities with the rest of the series, i.e., the Galaxy A33 and A53, but it has a few extra upgrades and hence it’s positioned slightly higher up in the price range. Here are its best features.

One UI 4.1, four major OS upgrades, and security patches for half a decade

Offering three major Android OS upgrades wasn’t enough for Samsung, even though the company barely finds any competition from other OEMs in regards to timely firmware updates and support — albeit with the occasional hiccups. Nevertheless, Samsung continues to challenge its limits, and this year, it announced an updated firmware policy that extends support to four major Android OS upgrades for select phones.

The Galaxy A73 is one of those devices. It ships with Android 12 (One UI 4.1), and Samsung has guaranteed that it will receive four major OS upgrades, as well as security patches for up to five years. It will run Android 16 at one point in its lifetime, and who knows how One UI will transform by that point? Well, Galaxy A73 customers will know, roughly four years from now.

Samsung has upgraded the Galaxy A73 with a 108MP (f/1.8) primary camera that benefits from OIS (Optical Image Stabilization). A higher resolution sensor doesn’t always lead to better image quality, but 108MP is a notable upgrade over last year’s 64MP camera.

Nowadays, though, the software and level of AI involved can make a world of difference. Samsung hasn’t revealed much about the camera app — and features — shipping with the Galaxy A73 yet, so we’ll have to wait a bit longer to find out just how capable it is. Regardless, 108MP is the highest-resolution sensor Samsung has ever used on a mid-range phone, and it’s more than worthy of mention.

Gone are the days when Samsung’s mid-range phones were prone to water damage from a quick dip in freshwater. The Galaxy A73 is IP67-certified, so it should survive in up to 1 meter of freshwater for up to 30 minutes.

In addition to a water-resistant build, the Galaxy A73 has Gorilla Glass 5 display protection and a metal frame. The Galaxy A73 may not be as resilient as the Galaxy S22 lineup, which now features Armor Aluminum. But considering the on-paper specs, it should hold up relatively well.

A generous 6.7-inch AMOLED+ display with a high refresh rate

The 32MP selfie camera is embedded in the Infinity-O display cutout at the top, and the panel has an FHD+ resolution.

And this year, Samsung has upgraded the Galaxy A73 with a 120Hz display, up from last year’s 90Hz panel. As a result, the UI should feel more responsive, and animations will look smoother.

One of the best Galaxy A73 characteristics is the powerful Snapdragon 778G chipset that feeds the beautiful 6.7-inch AMOLED+ 120Hz display.

This is the same Qualcomm SoC that Samsung used for the Galaxy A52s, and it’s a fantastic choice for customers who want to use their mid-range phones for virtually any mobile task imaginable, including mobile games.

There’s plenty of CPU and GPU performance on tap, and the phone will be available with 6/8GB of RAM. The chipset supports Wi-Fi 6E, has Kryo 670 CPU cores clocked at up to 2.4GHz, and an Adreno 642L graphics chip.

With great power comes a good deal of energy storage potential. The Galaxy A73 5G features a 5,000mAh battery that supports 25W Super-Fast Charging, which means you can be ready to go at almost any time.

The battery is larger by 500mAh over last year’s model, though its fast charging capabilities remain the same. Nevertheless, 25W should be enough for most customers, especially since Samsung’s 25W Super-Fast Charging technology is vastly superior to even Google’s 30W solution.

It’s worth noting that Samsung went the extra mile this year and all three Galaxy A (2022) models, including the A33, A53, and A73, have the same 5,000mAh+25W Super-Fast Charging battery configuration. Samsung achieved this equilibrium by upgrading all three models and improving things for everyone.

However, this came at a cost, and the Galaxy A73 doesn’t ship with a wall charger, leaving customers the option to purchase one separately.

What are your Galaxy A73 features? Feel free to share them in the comment section and check our social media channels below.