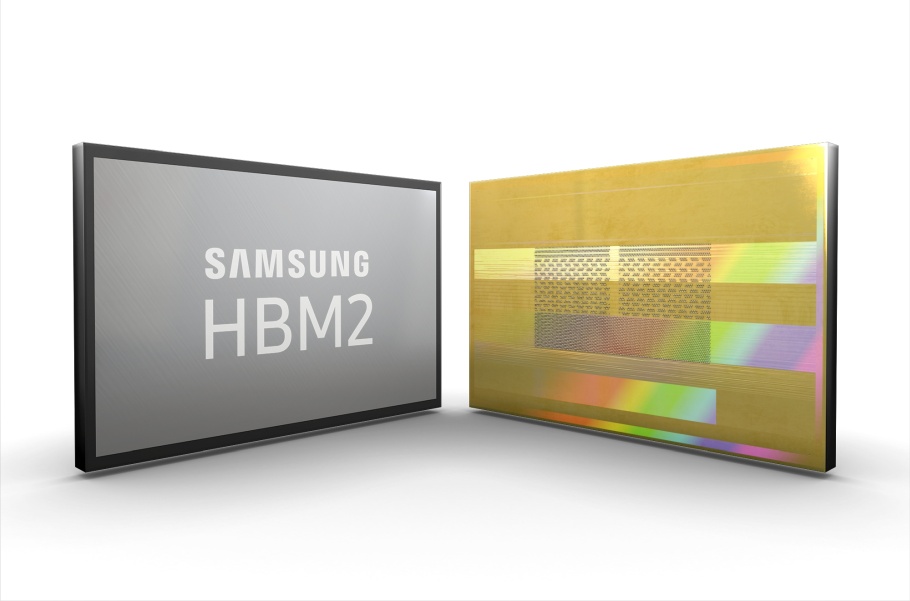 General By Landon A

As we all know, Samsung is the worldwide leader when it comes to advanced memory technology. They aim to uphold that distinction with the commencement of production of the second generation of the 8GB High Bandwidth Memory-2 DRAM. The 1st generation HMB2 from Samsung, Flarebolt, was a momentous achievement and an industry-changer, and early data shows that this will be no different. The revamped solution will be known as Aquabolt.

New HBM2 from Samsung is a powerhouse

Aquabolt is the industry’s first HBM2 to deliver a 2.4 gigabits-per-second (Gbps) data transfer speed per pin, which is the highest level of DRAM performance at 1.2V. It equates to a performance upgrade of nearly 50 percent per package, compared to the company’s 1st-generation 8GB HBM2 package (with 1.6Gbps pin speed at 1.2V and 2.0Gbps at 1.35V).

Enough about the numbers, and more about the hardware. To achieve such improvements, Samsung increased and also modified the number of TSVs (electrical connections for silicon dies), in addition to making thermal cooling enhacements. They also included an additional protective layer at the bottom of the DRAM package to increase its overall strength.

Samsung says they will provide Aquabolt DRAM to their global IT customers, and “continue to rapidly advance its memory technology in conjunction with leading OEMs throughout a wide array of fields including supercomputing, artificial intelligence, and graphics processing.”

In a recent development, Samsung has set a goal to complete the development of the 11nm, 6th generation 1c DRA …

Samsung Electronics’ DRAM profits slated to grow by 38% over las …

Samsung Electronics’ DRAM division suffered quite a few setbacks in 2021 due to the chip shortage. After …

Samsung is the world’s biggest memory chip manufacturer, and it is often the first to introduce new memo …

Although Samsung is steadily relocating its manufacturing facilities to locations like India and Vietnam, it s …