Samsung Electronics and leading Thai fashion brand SIRIVANNAVARI BANGKOK have formed a new partnership revolving around the Galaxy Z Flip. The two companies are preparing a special event on March 12 when we will get to see the results of a combination of cutting-edge technology and modern fashion. The recent official announcement is scarce in details, but the partnership is presumably going to lead to a new special edition Galaxy Z Flip.

Samsung has been directly and indirectly labeling the Galaxy Z Flip as a fashionable device ever since it was introduced. After all, the Thom Browne Edition has been in the spotlight just as much as the regular variant, but interestingly enough, it might not remain the only special edition with roots in a renowned fashion house. There’s now a chance that a so-called Galaxy Z Flip SIRIVANNAVARI BANGKOK Special Edition will be released soon, at least in Thailand if nowhere else.

Should this be the case, it remains to be seen what the device will look like and how it will differ from the standard version or other limited edition models. Thankfully we won’t have to wait for much longer before we find out what this collaboration is really about, as the SIRIVANNAVARI BANGKOK event will take place in just a couple of days.

It’s interesting to see how Samsung might be looking for new partnerships with fashion brands for the Galaxy Z Flip, as if it’s lending its second foldable device to fashion houses to use it as a sort of a high-tech canvas. Who knows?! We might start seeing similar other collaborations leading to more special edition Galaxy Z Flips in the future, and the whole fashion smartphone concept will truly take off. 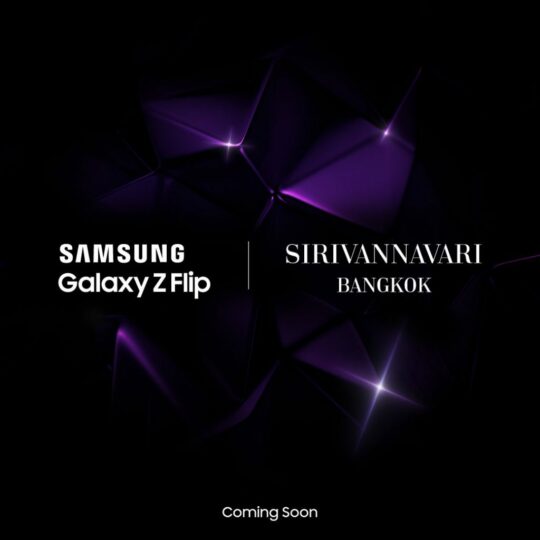