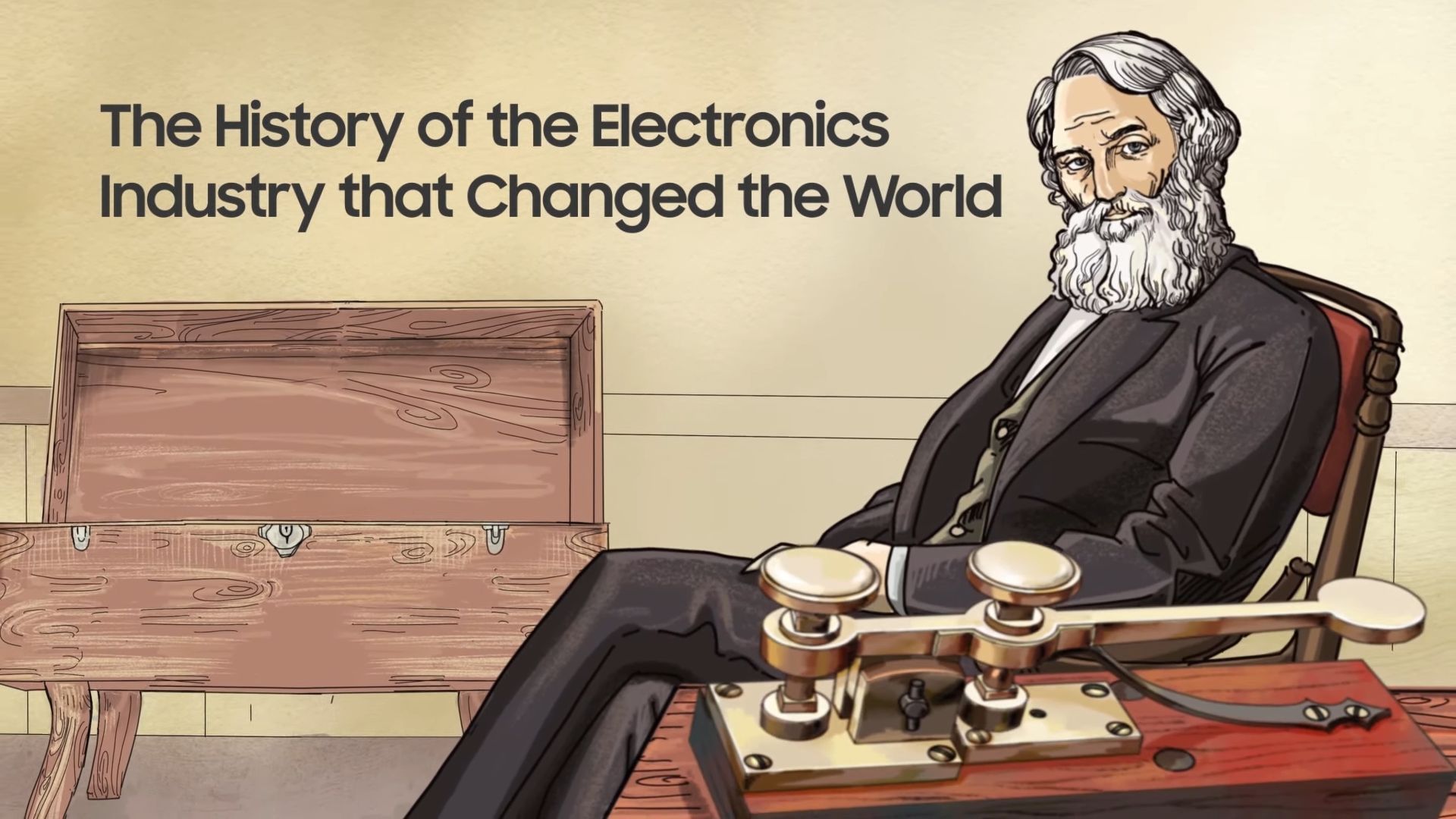 Samsung has released a new animated series on YouTube called “The History of the Electronics Industry that Changed the World.” The first episode is now live and tells the story of how networks have developed over the years, starting with Samuel Morse and his contribution to the invention of the single-wire telegraph and the Morse code, of course.

Samuel Morse was an American painter who got inspired by American physician and scientist Charles Thomas Jackson to conceive the idea of an electric telegram that would allow people to send and receive messages over long distances.

Single-wire telegraph and the Morse code no longer represent the pinnacle of long-distance communication nearly two centuries after their conception in the 1830s. But these ingenious inventions paved the way for future technologies such as the TV, the telephone, and eventually the smartphone and the 4G and 5G networks on which they rely.

The new animated series launched by the Samsung Innovation Museum will comprise a total of five episodes. The first one tells the story of Samuel Morse, and the upcoming episodes will be called:

The series consists of bite-sized animated history lessons, with the first episode compressing a lot of information in a 3-minute long video. Check it out below and stay tuned for more Samsung animations.

Samsung’s trying to plug leaks with a new confidentiality agreem …