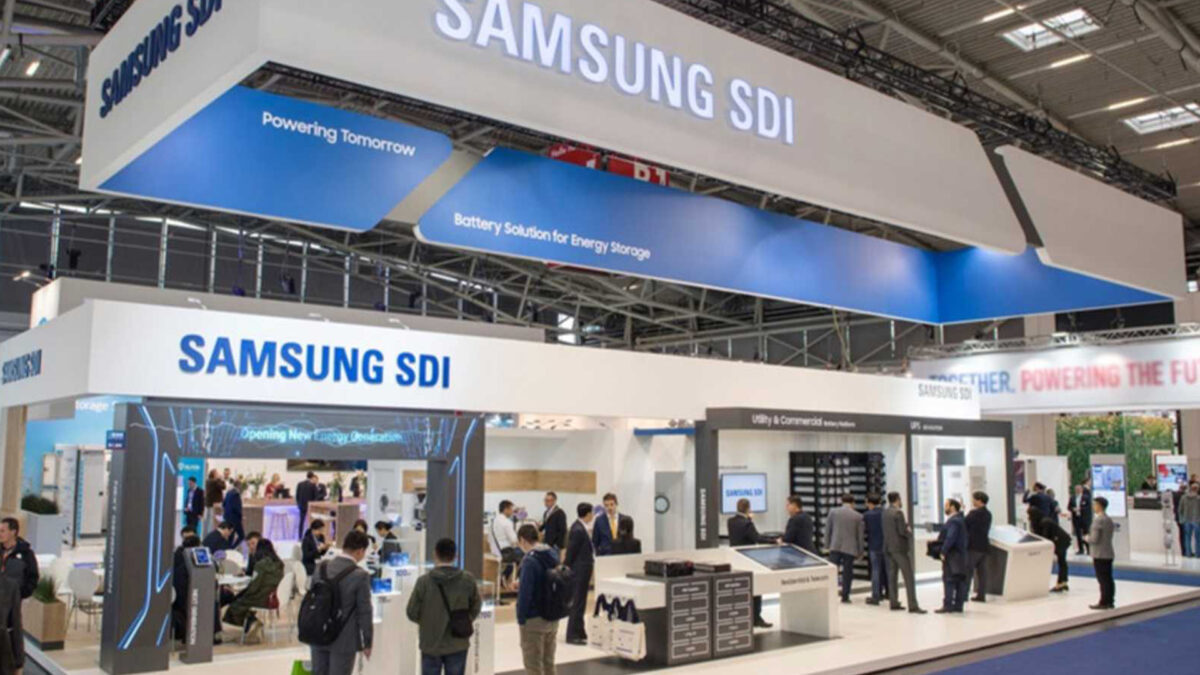 Following the rumors from earlier this week, Samsung has announced that it will enter the North American EV battery space by building its first battery plant in the US. The company has signed a joint venture with carmaker Stellantis for its upcoming battery plant. Samsung SDI will finally be able to better compete with its local rivals LG Energy and SK On in the US.

Samsung SDI and Stellantis will begin producing battery cells and modules for electric vehicles in the first half of 2025. The South Korean firm said in its press release that its annual production capacity would be around 23GWh, and in the future, that will increase to 40GWh. These batteries will be used in Stellantis’ plug-in hybrid and pure EV cars sold in Canada, Mexico, and the US.

While the company didn’t reveal the investment amount for its first EV battery plant in the US, experts claim that billions of dollars will be spent. The exact name and location of the joint venture are yet to be announced.

Jeon Young-hyun, president of Samsung SDI, said, “I am delighted to announce a joint venture with Stellantis, which is accelerating its electrification strategy in line with the eco-friendly era. We will do our best to provide the highest level of satisfaction to our customers in the electric vehicle market.”

Stellantis was created as a parent company of US-based Fiat Chrysler Automobiles NV and French automobile brand PSA Groupe which merged earlier this year. Hence, Stellantis is a strong partner for Samsung SDI as it owns various car brands, including Citroen, Dodge, Chrysler, Fiat, Jeep, and Maserati. The South Korean battery maker, which is among the biggest globally, has already been supplying batteries for Fiat 500e and Jeep Wrangler 4xe.

Stellantis had already announced a mega plan with an investment of around $34.9 billion by 2025 for the electrification of its automobile lineup and software development.

Samsung SDI was the only battery firm that did not have a local battery factory in the US. Its rivals LG Energy and SK On had collaborated with General Motors and Ford, respectively, to build their battery plants in the US. Samsung has three other battery plants in China (Xi’an), Hungary, and South Korea (Ulsan).