Samsung PM1653 is the new king of enterprise-grade server SSDs

The PM1653 might not be a catchy name, but that’s precisely why we’re sure it’s the real deal. A catchy name would require a target demographic that might not need it but would buy it all the same (aka us, 980 Pro owners), if only you tell them about it. That’s like, marketing 101, and Samsung knows a thing or two about marketing, if you can believe it.

So, the reason none of its world-class marketing teams touched the PM1653 is because this level of computer hardware only gets made for those who need it. And those who do will come to you because the very tech utilized in the production of the PM1653 is astonishing and not something they could get anywhere else.

PM1653 is here to chew AI and big data applications

So, we can’t even tell you how much this bad boy costs, because the answer is – it depends. It depends on how deep your pockets are, how large of an order you’re looking to place, and how soon do you need it. Enterprise-grade SSDs do tend to cost in the thousands of dollars per terabyte, and this one is probably on the higher end of the spectrum. Because it’s the best-performing 24G SAS (SAS-4) SSD anyone ever made. Largely on account of being the first to feature Samsung’s sixth-generation (1xx-layer) V-NAND chips, consequently offering the highest-ever random read speed of up to 800K IOPS. The 4,300MB/s sequential read speed isn’t looking too shabby, either.

If you understood all of those words without googling them, congratulations, you might actually be able to afford an 800GB model, which is how much storage the entry-level specification offers. If you want to inquire about its availability, contact your Samsung enterprise rep. 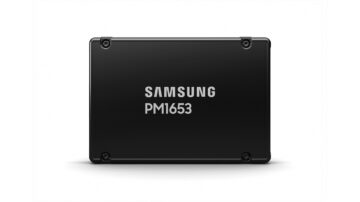 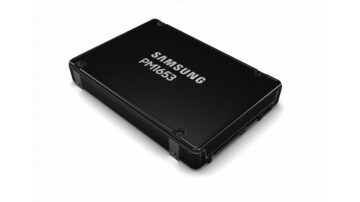