Samsung Members app to get Night mode support next year 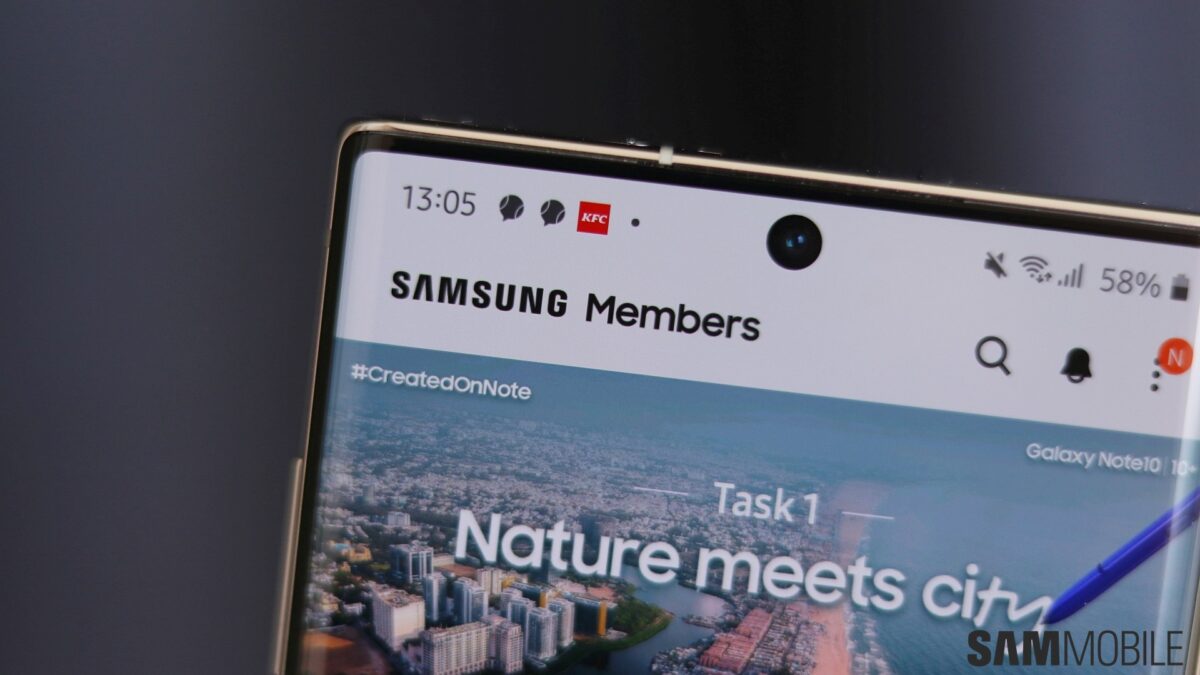 The Samsung Members app will get a dark theme that works with the Night mode on Galaxy devices (Dark mode on Android 10) next year. The Samsung Members app comes preloaded on all Galaxy smartphones and tablets and lets device owners interact with others via the community forums, get help from Samsung’s customer care, troubleshoot issues on their device, and even join beta programs for new versions of Android.

The app has seen a few user interface upgrades in the last couple of years but has been missing a dark theme, which will change next year according to a post from the global community manager on the Samsung community forums in Korea. It’s worth noting that Samsung Members isn’t the only official Samsung app that lacks a dark theme. The Galaxy Store doesn’t have a dark interface, either, and we can only assume Samsung will be fixing that in the next few months.

After all, even the Google Play Store and other Google apps now have a dark UI thanks to Android 10’s dark mode, and Samsung will probably want to do the same for some of its important apps, like the Galaxy Store. It’s actually surprising the company hasn’t already done that, considering Galaxy devices have an official system-wide dark theme since Android Pie came out, but hey, better late than never, right?

Do you use the Samsung Members app regularly?

Samsung might be working on a new learning tool for mobile photography enthusiasts that use Galaxy smartphones. It’s called “CamCyclopedia” and could become a component of the Samsung Members app. CamCyclopedia was briefly mentioned at a Galaxy Camera Workshop in South Korea. Many details from the event have surfaced on the Samsung Community forums through […]

A Samsung Community Manager recently made an error and published a promotional banner on the Samsung Members app featuring a generic iPhone model. Thankfully, the company owned up to its mistake and mended the banner’s design while issuing a follow-up statement. A Galaxy Store representative on the official community forums made a statement that reads: […]

Samsung’s official Twitter account posting from an iPhone is nothing new. The company’s marketing team has made such blunders in the past, and it looks like Samsung is at it again. This time, the company has referenced Apple’s iPhone inside its own Members app. A Samsung Community Manager in South Korea has reportedly posted a banner […]

Setting up a new Samsung account or logging in with an existing one is generally considered a part of the set-up process for a new Galaxy device, but is a Samsung account mandatory? The answer is ‘no,’ it is not. Galaxy devices can be used without having to sign in with, or even create a […]

Samsung has announced the Galaxy India Explorathon contest in India. It is the company’s first-ever step challenge in the country and it has been announced at a time when Samsung is completing 25 years in India. Winners of the contest can win various prizes, including the Galaxy Watch, Galaxy Fit, and the Galaxy Buds. The […]

Samsung customers not only have access to Samsung TV Plus on their smart TVs and smartphones, but they can often benefit from free access to a variety of other streaming services for a limited time, such as Spotify, YouTube Premium, and Xbox Game Pass Ultimate. These free trials are usually offered with new smartphone/tablet purchases […]