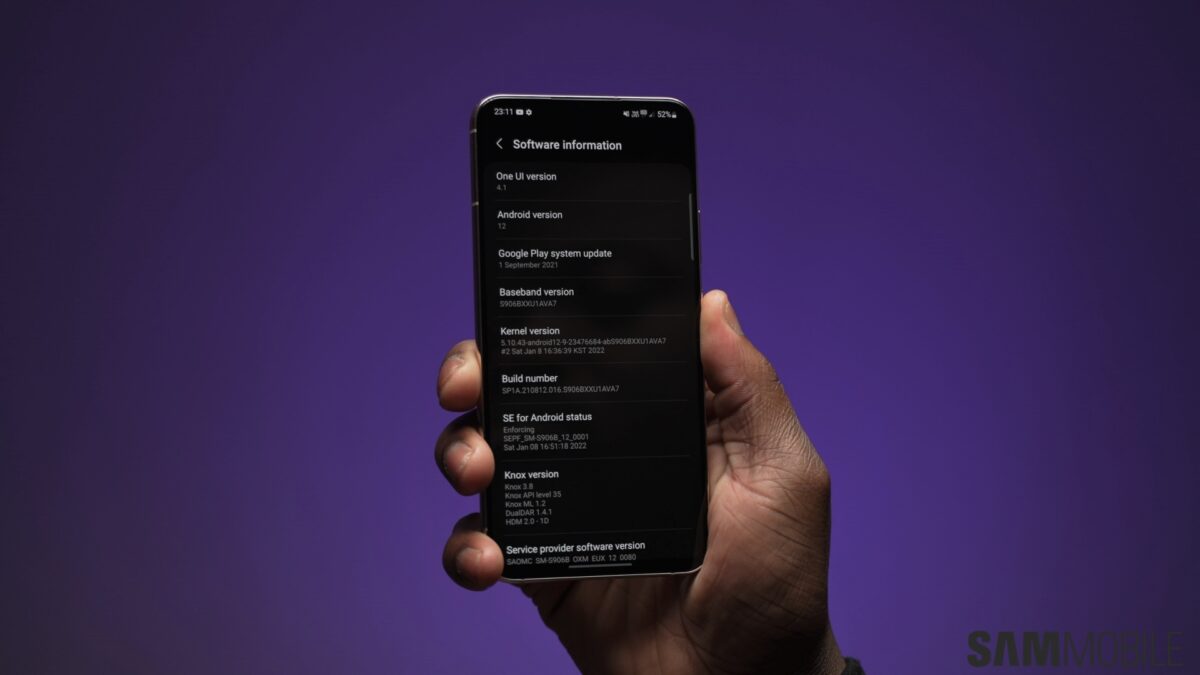 As usual, Samsung was the first Android OEM to release the March 2022 security patch. The update was released to the Galaxy S22 series in a few markets. Now, the company has detailed what’s included in its new security update.

According to the company’s documentation, the March 2022 security patch includes fixes for 50 privacy and security-related vulnerabilities. Two of those vulnerabilities are critical, while 29 of them are termed ‘high’ in terms of severity. Nineteen fixes are for moderate-level vulnerabilities.

The new security update also includes twelve other fixes, but those vulnerabilities are not found in Samsung smartphones or tablets.

The March 2022 update fixes a bug related to the security misconfiguration of RKP in the kernel. Another bug that allowed an attacker to change the list of locked apps without authentication has also been fixed. Some other bugs related to improper access control in StRetailModeReceiver in Wear OS 3 and APKInstaller have also been fixed.

The update also fixes various security vulnerabilities in Wearable Manager Installer, Weather app, Setup Wizard, Samsung Lock, One UI Home, UWB, SDP driver, and fingerprint matching algorithm have been fixed. Samsung also fixed a vulnerability present in the Shannon modem, and it was related to the improper use of the SMS buffer pointer.

You can read about all these vulnerabilities in detail on Samsung’s website. The South Korean smartphone giant is expected to release the March 2022 security update to more smartphones and tablets over the next few weeks.