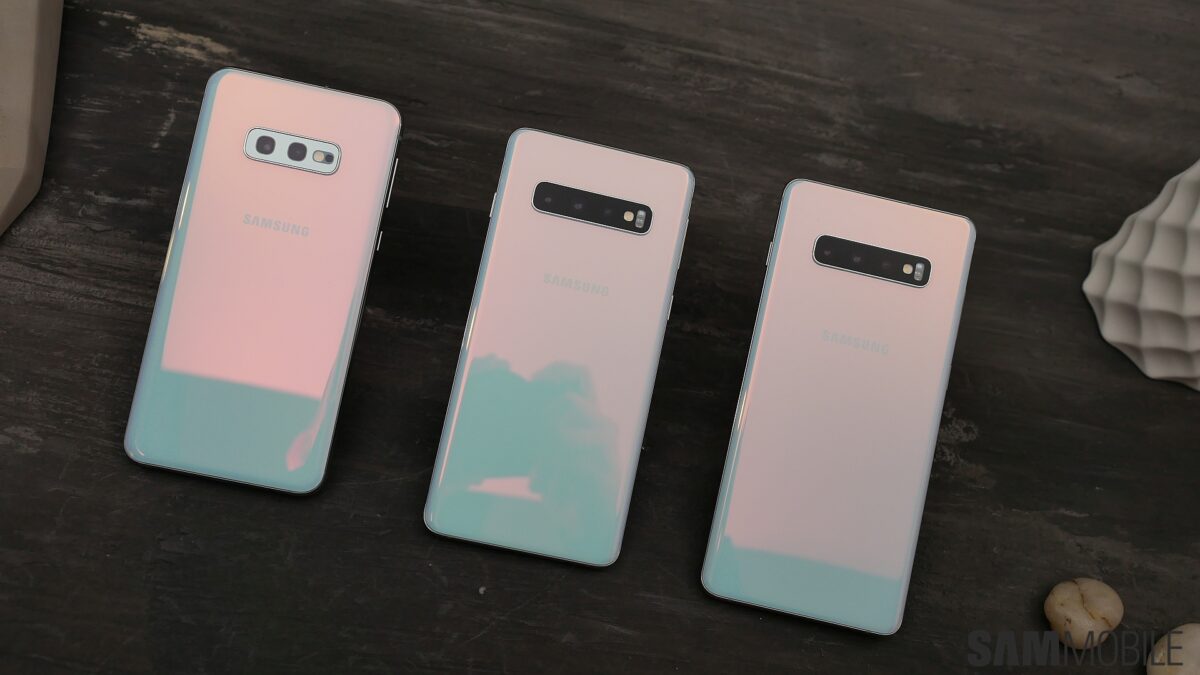 2019 was a good year for Samsung, at least as far as ensuring it didn’t see its smartphone sales go on a downward trajectory is concerned. According to the latest data from Strategy Analytics, Samsung maintained its status as the world’s largest smartphone vendor in 2019. The company shipped 295.1 million phones over the entire year and claimed 20.9 percent market share. At the end of 2018, those figures stood at 291.3 million and 20.3 percent respectively.

It was only in the fourth quarter that Samsung was overtaken by Apple, with the latter seeing strong iPhone 11 sales, especially in Asia and North America. Samsung’s sales dipped by 1 percent in Q4 2019 compared to Q4 2018, though its market share during that period remained the same at 18 percent. Overall, Samsung was able to maintain its lead on the back of good performance across all price segments, although it’s an entirely different story as far as its revenue and profits are concerned.

Huawei, Samsung’s strongest competitor in total smartphone shipments, gained some ground to get closer to its Korean rival. In fact, Huawei had solid growth, going from 14.4 percent market share in 2018 to 17 percent in 2019. That said, Huawei is expected to have troubles maintaining that growth because of pressure from its homegrown rivals, and possibly because of the continued pressure on the company from the Trump administration.

The complete Strategy Analytics report can be found here. 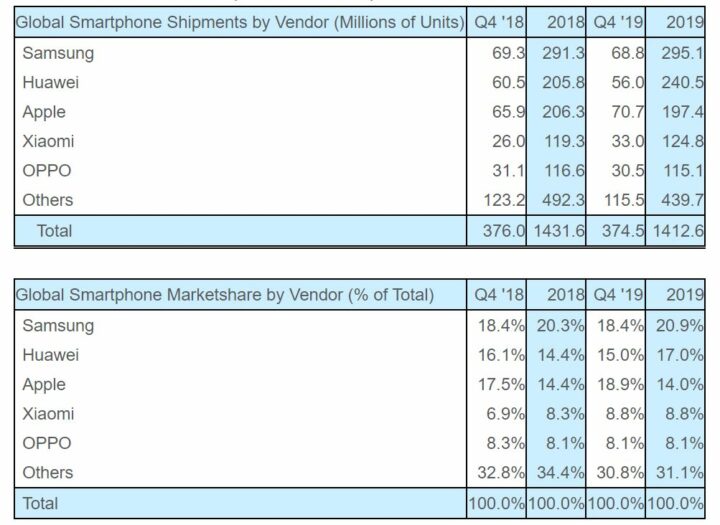