Samsung is expected to maintain leadership in terms of global smartphone shipments this year and the company is likely to strengthen its position even further in 2021 as the market should recover with the help of 5G and foldable phones. According to Pulse citing research firm Strategy Analytics, Samsung is expected to reach 265.5 million smartphone shipments this year, down from 295.1 million shipments in 2019. However, the company’s shipment figures could top 295 million units again in 2021.

The market research firm has adjusted its 2020 projected global shipment figures for all brands combined. It estimates that shipments will drop by only 11% year-on-year as opposed to 15.6%. It turns out that the global smartphone market is experiencing a higher-than-expected recovery rate in the USA, Europe, and India, and next year the global market could top pre-pandemic shipment figures similar to those recorded in 2019 (1.41 billion).

As for Samsung’s rivals, Huawei appears to be losing ground at an accelerated rate. The Chinese tech giant temporarily edged past Samsung to become the largest smartphone brand earlier this year but it’s ban in the USA has sent its shipment figures into a nosedive, spelling great news for Samsung. Strategy Analytics estimates that Huawei will be the second-largest smartphone maker in terms of shipments in 2020 with 192.7 million units, but shipments will significantly drop down to 59 million units in 2021. Apple will reportedly remain the third-largest OEM in terms of shipments in 2020 but will regain second place next year on account of Huawei’s misfortune.

Samsung could gain some ground in China at Huawei’s expense

Samsung is one of the weaker brands in China despite the company’s massive success in other markets. The tech giant had a shipment market share of under 1% in China at the end of Q2 2020 (via Counterpoint Research), with brands like Huawei, Vivo, Oppo, Xiaomi, and Apple performing significantly better. However, the tables could be turning soon.

Strategy Analytics estimates that Samsung’s fortunes in China could improve as Huawei continues to slow down its smartphone production. Huawei is the biggest flagship smartphone brand in China but there’s a possibility that both Samsung and Apple will gain some of their rival’s flagship smartphone market share. Meanwhile, other domestic brands will continue to remain popular in the low and mid-range segments.

This could create a snowball effect wherein Samsung will boost its brand visibility through increased flagship sales and become more relevant in China across all segments, but nevertheless, competition will be fierce. 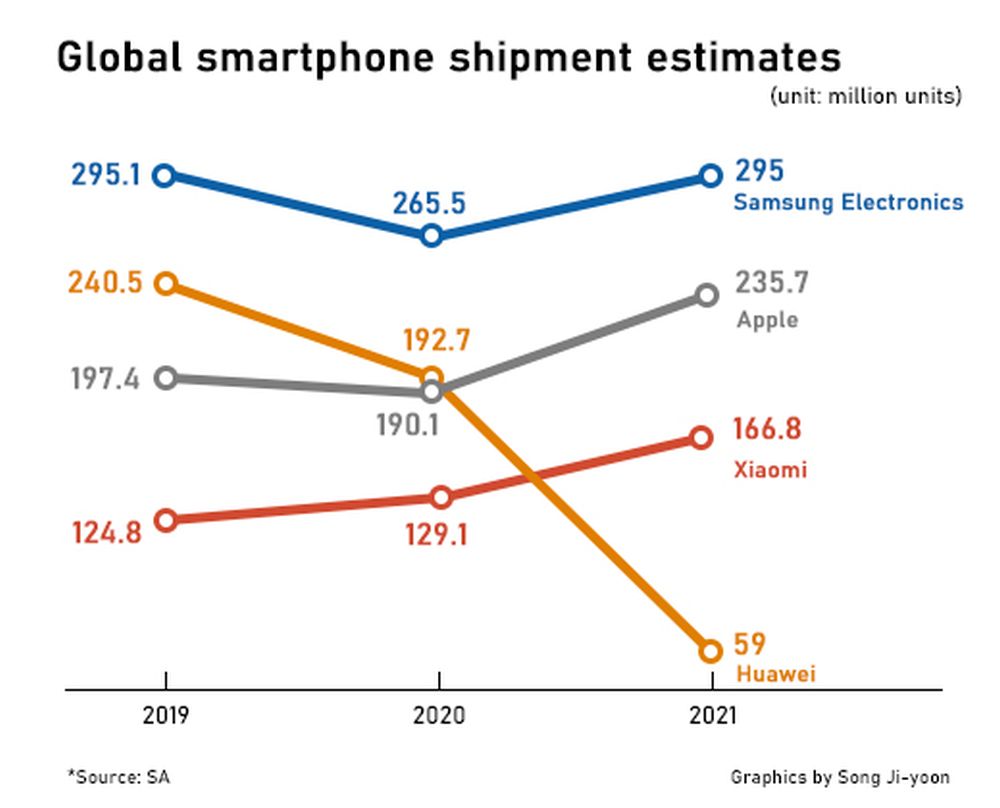