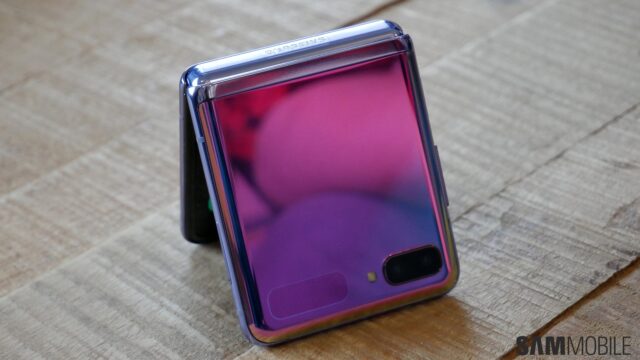 The Samsung Galaxy Z Flip was unveiled on February 11 and pre-order customers were able to get their units on February 14. That’s also when the device became available through retail stores across the United States. South Korea was the only other market that got the device on February 14.

As you’d expect, the Galaxy Z Flip quickly sold out online in the United States. Samsung updated its website to inform customers that there would be a new “drop” of inventory in the coming days. The company has now confirmed that it’s going to be tomorrow.

More Galaxy Z Flip units will be available from tomorrow

There has been quite a lot of excitement for the Galaxy Z Flip. Samsung has started taking pre-orders in several countries and the device is selling out quickly. Even the super expensive Galaxy Z Flip Thom Browne edition sold out on Samsung’s website last weekend. Now, it’s unclear how many units are in the initial pre-order stock but there does appear to be sufficient demand for the device.

Customers in the United States can’t buy the Galaxy Z Flip online from Samsung’s website right now since it’s sold out. Some of its retailers do have it in stock at their stores but many of them are out of stock as well. The inventory situation will improve down the line once the initial hype around this device dies down.

Samsung has confirmed that it will make additional Galaxy Z Flip devices available for purchase online through its website for customers in the US on Friday, February 21. It’s actually going to be a big day for Samsung as it’s also going to open up pre-orders for the Galaxy S20 lineup tomorrow.

So if you’re in the United States and want to buy a Galaxy Z Flip, you can check and see if your local Best Buy has one in stock. If it doesn’t, you better be quick tomorrow to secure one through Samsung’s website, because chances are it’s going to go out of stock once again.