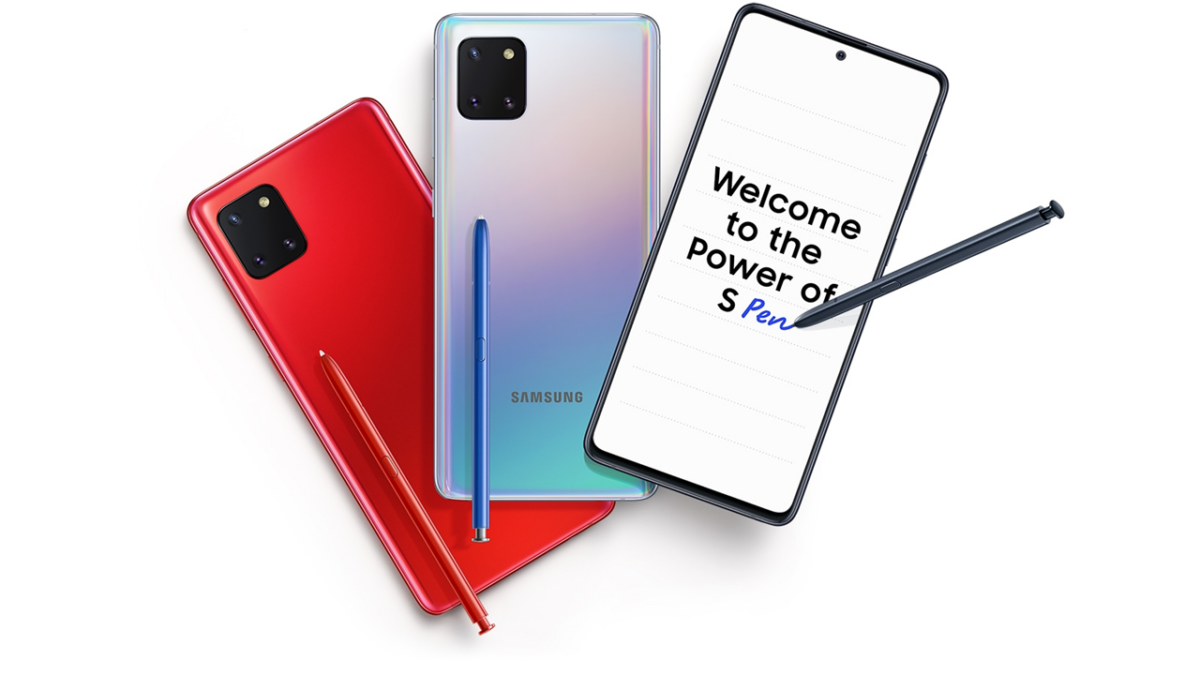 Samsung has officially launched the Galaxy Note 10 Lite in India. Pre-booking for the phone starts today itself from major retail stores, online stores, and Samsung’s official website, while general sales will kick off from February 3. Pricing for the Note 10 Lite in India is higher than what the rumors had suggested: The 6GB+128GB configuration will set you back by Rs 38,999 and the 8GB+128GB version by Rs 40,999.

Those are actually excellent prices for what is on offer with the Galaxy Note 10 Lite. It may have some old specs, like the Exynos 9810 SoC that powered the Galaxy Note 9 in 2018 and the Note 8’s 12MP primary rear camera, but it also comes with quite a few modern features. There’s the 6.7-inch Full HD+ Infinity-O display with a centered punch hole, a 4,500 mAh battery with support for 25W super fast charging, and Android 10 with One UI 2.0 out of the box.

The triple rear camera setup includes a 12MP F2.2 ultra-wide camera and a 12MP 2x zoom lens, while the front-facing camera is a 32MP sensor. The 128GB of onboard storage can be expanded with a microSD card of up to 1TB capacity. Of course, an S Pen is included as well. The S Pen sports Bluetooth connectivity and can be used as a remote control inside various apps. On the software front, you get Samsung Pay and all of the Bixby features (such as Routines).

Samsung will also be launching the Galaxy S10 Lite in India later this week. The “Lite” Galaxy S10 won’t have as much of a waiting period, however, with the device set to go on sale on January 23. You can see how the specs on the two phones compare here.