Galaxy S10 Lite vs Galaxy Note 10 Lite: How do the specs compare? 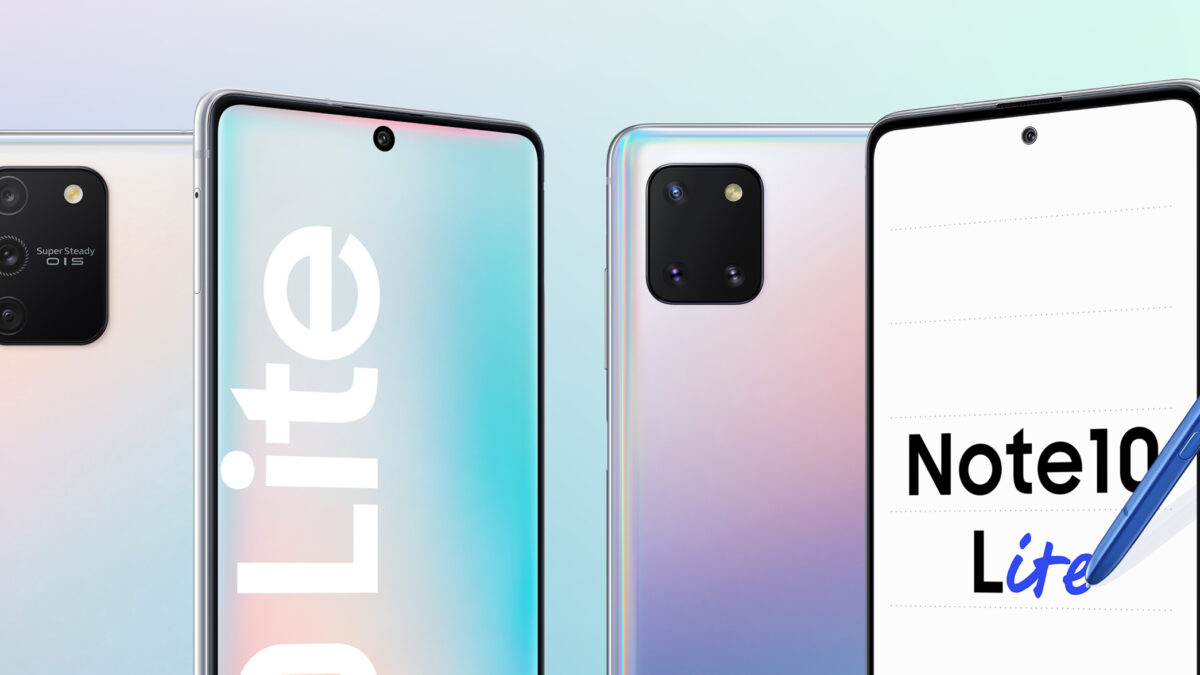 In an effort to bring flagship features to a more attractive price point, Samsung has launched not one but two ‘Lite’ smartphones based on its 2019 flagships to kick-start the new year: the Galaxy S10 Lite and the Galaxy Note 10 Lite. Just like the Galaxy S10 and Galaxy Note 10 share many specs, so do their Lite variants. But there are also some key differences.

The Galaxy Note 10 Lite has better rear-facing cameras – it’s mostly the same triple camera setup that we have seen on last year’s Galaxy S and Note flagships, except the primary rear camera is a 12MP sensor from the days of the Galaxy S8 and Note 8, meaning it lacks the variable aperture Samsung introduced in 2018 with the Galaxy S9. The other two cameras are a 16MP ultra-wide sensor and a 12MP telephoto sensor.

The Galaxy S10 Lite, meanwhile, has a camera setup similar to the one found on the mid-range Galaxy A51. The 48MP primary camera on its back may take slightly more detailed pictures, but it lacks Dual Pixel autofocus tech and has a smaller pixel size and aperture, so it won’t be able to match the main 12MP Note 10 Lite camera in picture quality. The quality of the selfies, however, will not differ, as Samsung has equipped both devices with the same 32MP front camera.

The other major difference is the underlying chipset. The Galaxy S10 Lite is powered by the flagship Snapdragon 855 SoC while the Note 10 Lite has to make do with the Note 9’s Exynos 9810, which is both less powerful and less efficient than the Snapdragon 855. Naturally, the Note 10 Lite has the S Pen to boast about, but all of the other specs on these devices are pretty much the same.

Wondering exactly what those specs are and how they compare? Check out the table below to find out! Don’t forget to check out our devices section to read more about these phones.