Samsung deems Exynos 990 fiasco salvagable, but not without help 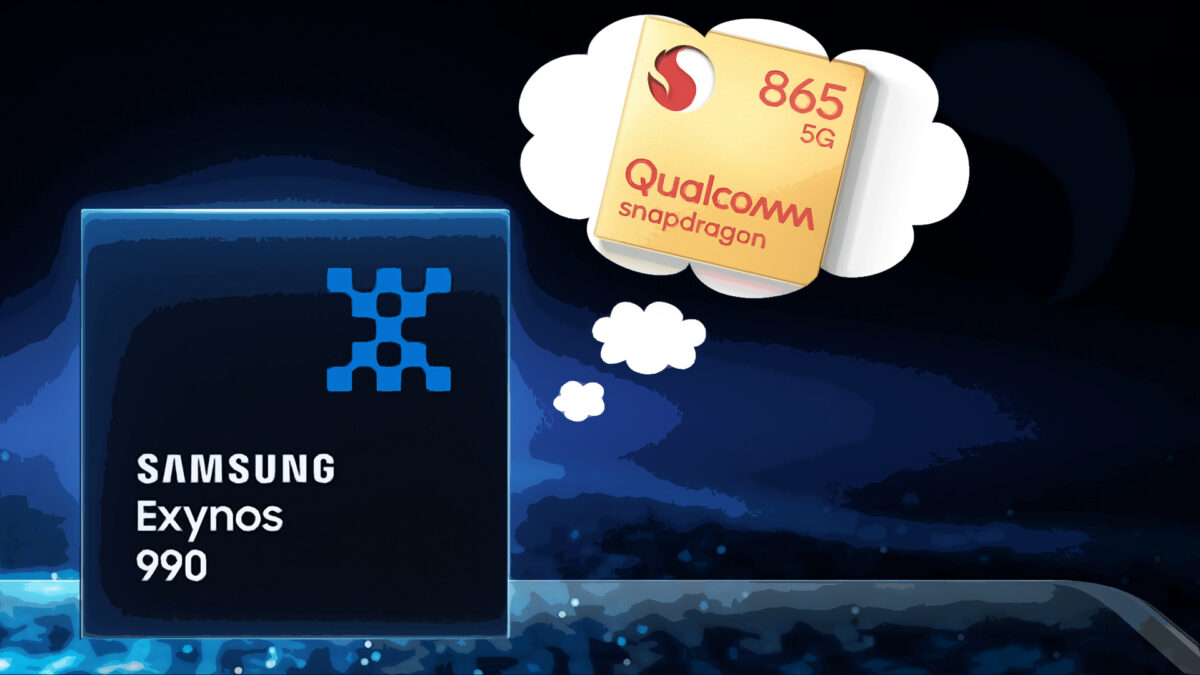 The Snapdragon 865 outperformed the Exynos 990 by such a margin that Qualcomm might as well have competed with a 2019 chip this year, though that isn’t to say Samsung is losing hope. Internally, that is, as it’s obviously hard to imagine it willingly admitting to any weaknesses. If there’s one silver lining to 2020, it’s that companies who survive it to tell the tale will at least have a pretty legitimate excuse for failures across a wide variety of segments, whether actually caused by the ongoing global instability or not.

Following that optimistic outlook, Samsung is said to be viewing this year as an anomaly in terms of flagship chip performance and is adamant to return to a much higher level of competitiveness with its next flagship SoC planned to power its 2021 Android flagships. The disappointing episode starring the Exynos 990 still disillusioned some of its top engineering talent as its chip unit found the discrepancy between their top-end silicon and that from Qualcomm as nothing short of “humiliating,” industry sources claimed last month.

Right now, Samsung is in a somewhat unusual position as far as semiconductor R&D is concerned; on the one hand, it’s running a massively successful foundry business and on the other, it’s forced to comment on rather high-profile failings under the biggest industry spotlight of them all – the premium smartphone market, a segment responsible for the majority of its mobile profits in modern times. Its likely solution, however, should be as far from eccentric as possible.

Namely, Samsung is said to be dropping the ambition to take on Qualcomm at the bleeding edge of Android application processors (which is a less fancy name for systems on a chip) starting immediately and will instead refocus on an existing partnership with AMD, as well as even tighter collaboration with leading silicon designers at London-based Arm, aka the company collecting licensing royalties on most of today’s smartphones – as they’re manufactured.

Now, if a recent benchmark leak is to be believed, Samsung’s 2021 flagship chip will at the very least be making a significantly larger graphics leap, courtesy of AMD. While the SoC was previously rumored to launch as the Exynos 1000, word on the street right now is that some sort of rebranding is also on the cards, likely in response to this year’s debacle that Samsung is understandably keen to distance from its next attempt at making a high-end smartphone chip. Except this time, it should have the benefit of more active third-party support than ever before, so here’s hoping.