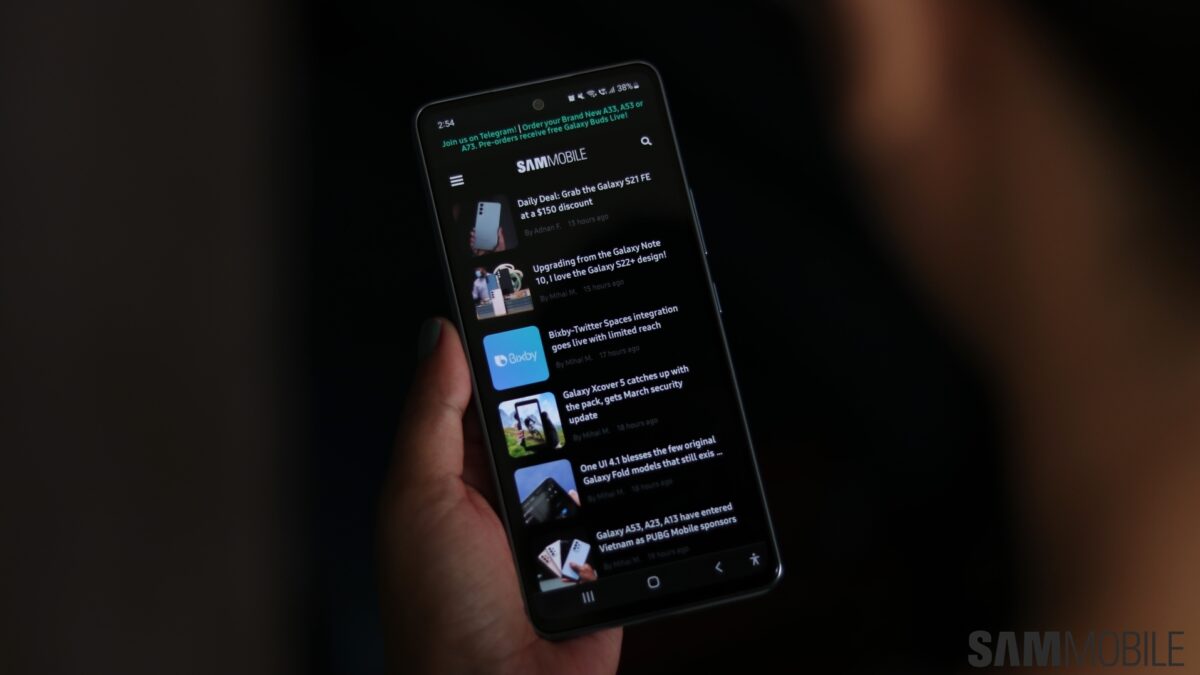 Samsung Email is slowly improving as an alternative to Gmail for Galaxy smartphone and tablet users. Now it’s getting a new update to version 6.1.70.20.

The changelog for Samsung Email 6.1.70.20 mentions the addition of a new security patch, although additional details are missing. In addition, Samsung says that “a few functions are stabilized.” In essence, the Email app should now be more reliable.

In addition, Samsung says that “a few functions are stabilized.” In essence, the Email app should now be more reliable.

This isn’t a huge update, but improved security never hurts, especially for a messaging app. In any case, we don’t expect Samsung Email to get any significant updates before One UI 4.1.1 arrives with the Galaxy Z Fold 4 and Z Flip 4 next month.

One UI 4.1.1 is based on Android 12L, which means it’s designed for large-screen devices. The Email app will probably get some UI changes to match the style of One UI 4.1.1. Until then, you can get better security and stability by downloading version 6.1.70.20 via the Galaxy Store.

Did you know that you have two different email apps on your Samsung phone straight out of the box? There’s Gmail, an app that you find on all Android phones regardless of the manufacturer. Then there’s Samsung Email. This ships on all Samsung Galaxy devices. The company continues to make improvements to its native email […]