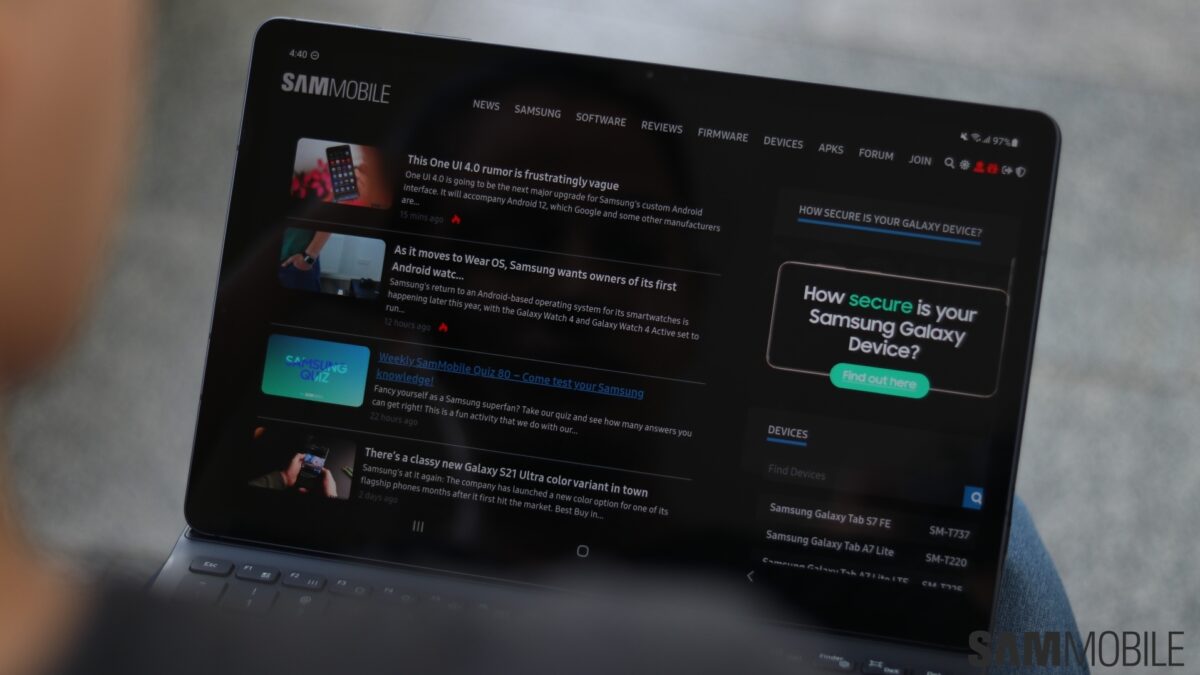 At this point, Apple has established itself as the king of the tablet market thanks to the lack of competition from Android. Despite the widespread availability of low-cost tablets like the Galaxy Tab A8, people still gravitate towards iPads. Data obtained by market research firm IDC confirms Apple’s hegemony over the competition. 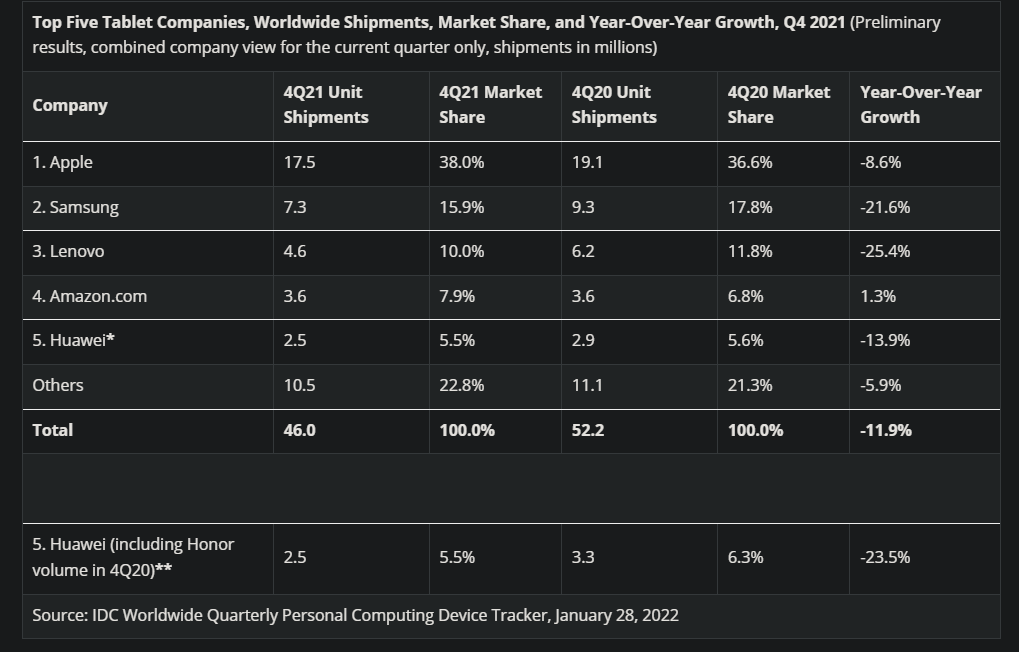 In Q4, 2021 Apple shipped 17.5 million tablets to capture 38% of the market share. That is lower than last year’s 19.1 million tablets, but still an impressive figure. Samsung comes in second with 7.3 million tablets and a 15.9% market share, followed by Lenovo, Amazon and Huawei who sold 4.6 million, 3.6 million and 2.5 million units, respectively. Overall the number of tablets sold in Q4 2021 was lower than in 2020. Anuroopa Nataraj, senior research analyst with IDC had the following to say:

“Though 2021 was a great year for the tablet market, shipments have begun to decelerate as the market has moved past peak demand across many geographies” 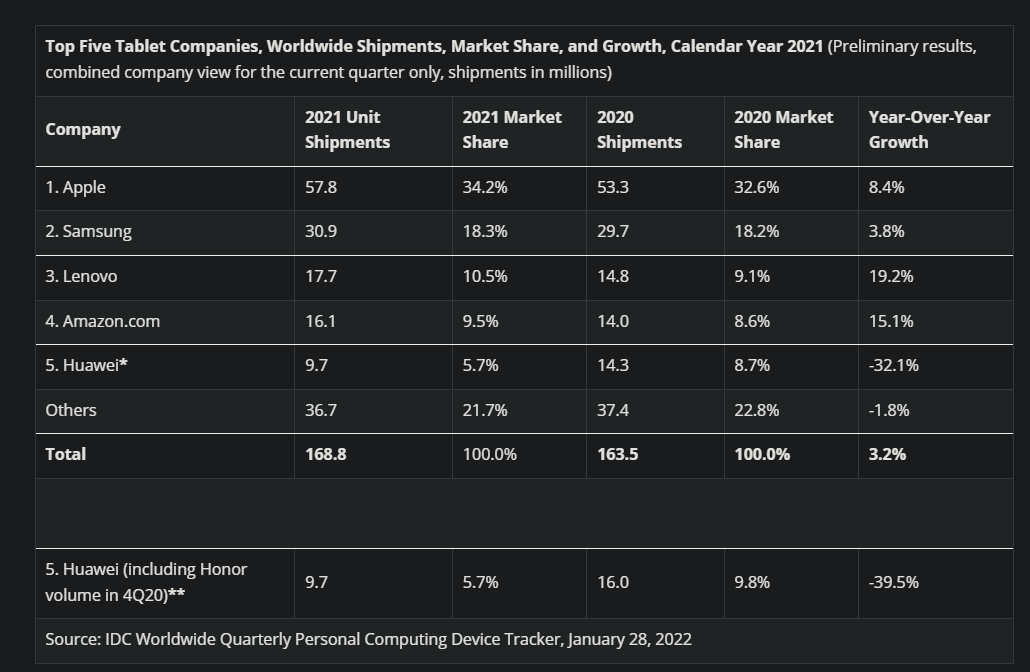 Apple’s performance is more or less the same when we take a bird’s eye look at the tablet market in 2021. It sold nearly 57.8 million iPads in 2021, followed by Samsung, which moved 30.9 million units. Lenovo and Amazon managed to stay relevant, along with Huawei, which has managed to keep its place in the top five tablet makers despite the sanctions against it.

While the upcoming Galaxy Tab S8 series packs the requisite hardware to take on iPads, it is unlikely to make a meaningful impact on the market. Samsung might not be able to manufacture enough of them due to supply constraints. The units that do make it to the market could sit on shelves due to their prohibitively high prices.

Apple’s WWDC event is set to take place next week. The company reveals new software enhancements at this conference and according to a new report, it’s set to introduce a big change for the iPad. According to the report, the iPad’s software will get a major overhaul as part of iPadOS 16. The company is […]