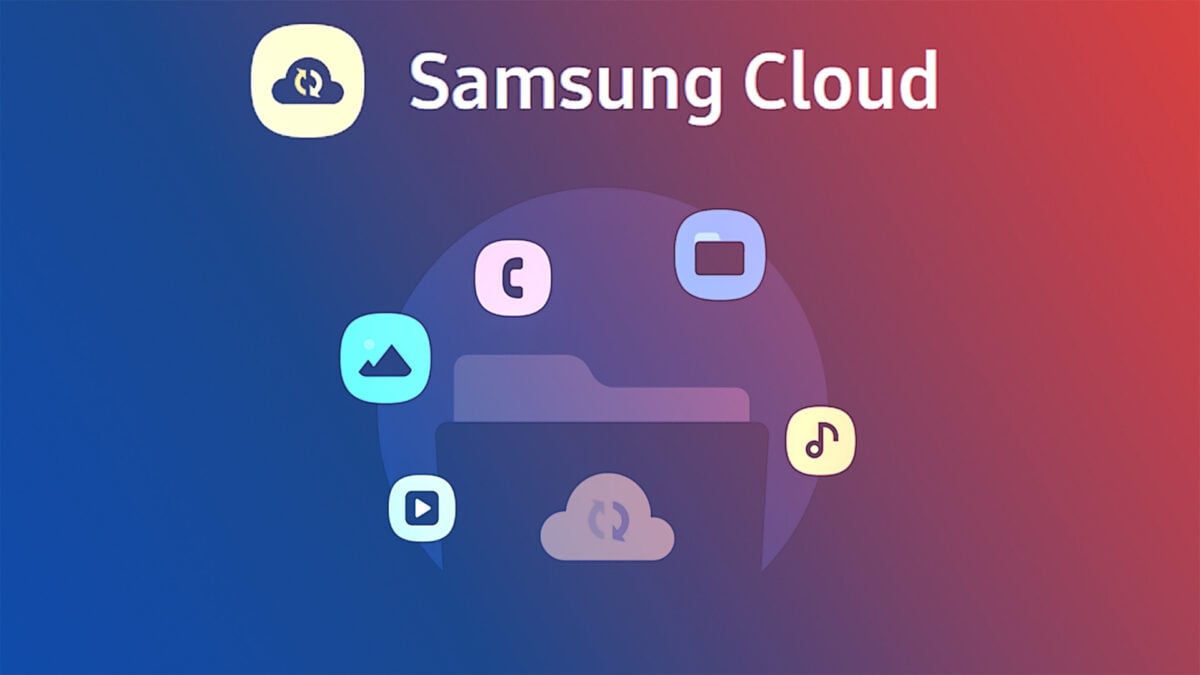 It has been five years since Samsung Cloud was launched. Like many companies at that time, Samsung thought that launching its own cloud storage service would be a good idea.

The service hung was around for a while before Samsung decided that it needed to be nuked. Thus began the gradual decline of Samsung Cloud. The company made it clear that it would delete all Samsung Cloud storage data on August 31, 2021. Now it’s giving you three more months to migrate your stuff.

Samsung Cloud users have been notified via the app that they now have a three month extension. It was previously going to end the paid storage plan, Gallery Sync and Drive on August 21, 2021. That’s no longer the case.

The company says that it has given this three month extension so that users have enough time to migrate or download the data in their Samsung Cloud storage. It’s possible that the pace of data migration isn’t that great. Samsung wouldn’t want people to be caught off guard once the service eventually ends. So it’s giving them more time until November 30, 2021.

Microsoft’s OneDrive is the alternative that Samsung is suggesting. It has made it very easy to migrate data from Samsung Cloud to OneDrive. Do keep in mind that you must migrate Samsung Cloud data to OneDrive before October 1, 2021. It will not be possible to migrate the data after this date.

You’ll only be able to download the data in your Samsung Cloud storage after October 1. All paid storage plans will also be automatically cancelled on this date and customers’ last payments will be refunded. All features will cease to exist on November 30. That is also when all of your Samsung Cloud data will be deleted.

So whether you’d like to move to a different cloud storage service or simply backup the data locally, be sure to make a decision before November 30. It’s unlikely that there will be any more extensions after this. 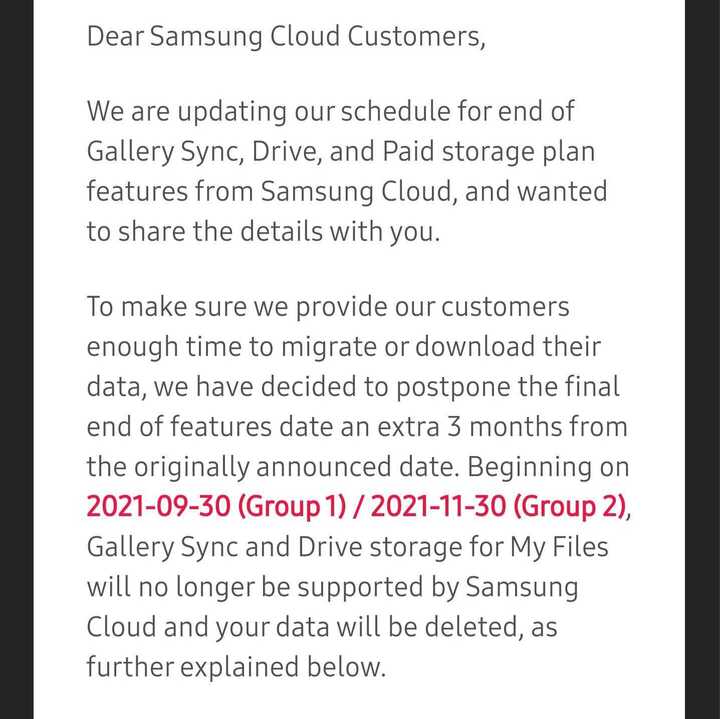 Samsung's cloud service has stopped syncing keyboard data across Galaxy devices, which is a surprising and head scratching development.