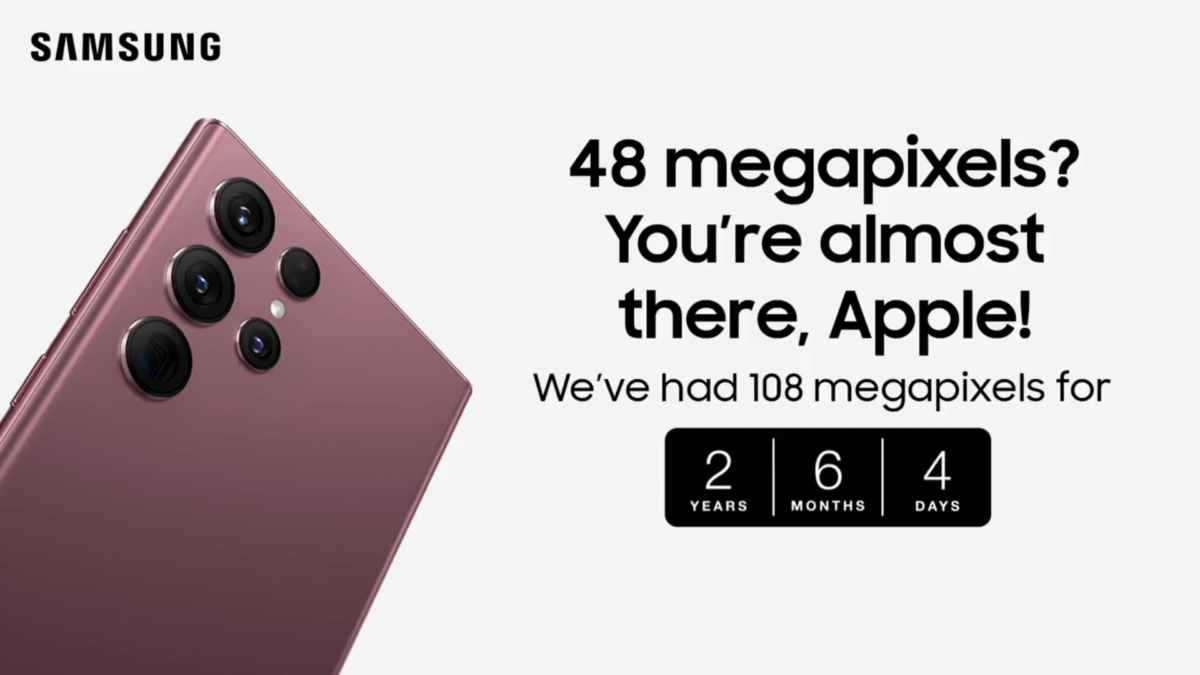 Samsung is really going all-in on Apple with its latest campaign to mock the iPhone 14 series. After a couple of recent ads that took a jab at Apple, Samsung continued its campaign against the Cupertino company’s latest flagship phones and took to Twitter to remind everyone of a few fun facts.

Samsung’s recent tweets highlight that the company’s been “flexing” its foldable phones for nearly two and a half years. It asks: “What the Flip, Apple?” and essentially mocks Apple for lacking the innovative spirit to join the foldable phone segment. Of course, Samsung Display would most likely be Apple’s foldable display supplier, so it’s not like Samsung wouldn’t gain anything from Apple releasing a foldable phone.

Another tweet is taking a jab at Apple for using lower-resolution cameras. It highlights that Apple uses a 48MP unit, whereas some of Samsung’s flagships have had a 108MP camera for two and a half years.

Is Samsung trying too hard to make fun of Apple?

Samsung is no stranger to poking fun at Apple, so this isn’t something entirely new in the world of smartphones. However, after a couple of full-fledged ads, some people are starting to feel a bit like Samsung might be trying too hard to mock Apple, to the point where it comes across as more desperate than anything else. Other Samsung fans appear to be enjoying this campaign of mockery and want the Korean tech giant to continue attacking Apple for its lack of innovation.

Either way, it’s not a great image for Samsung to be pushing these sorts of mocking ads about Apple when we know how the company handled such things in the past. As a reminder, Samsung mocked Apple for other reasons in ads before, only to later remove said ads and even adopt some of the rival company’s philosophies. One year it mocked Apple for removing the wall charger, and then Samsung removed the charger from its own retail boxes.

What do you think? Is Samsung in a position to keep mocking Apple’s iPhone 14? Is it all in the spirit of fun? Or should the Korean tech giant tone it down a bit, given its recent history with anti-Apple ads? Leave a comment below.