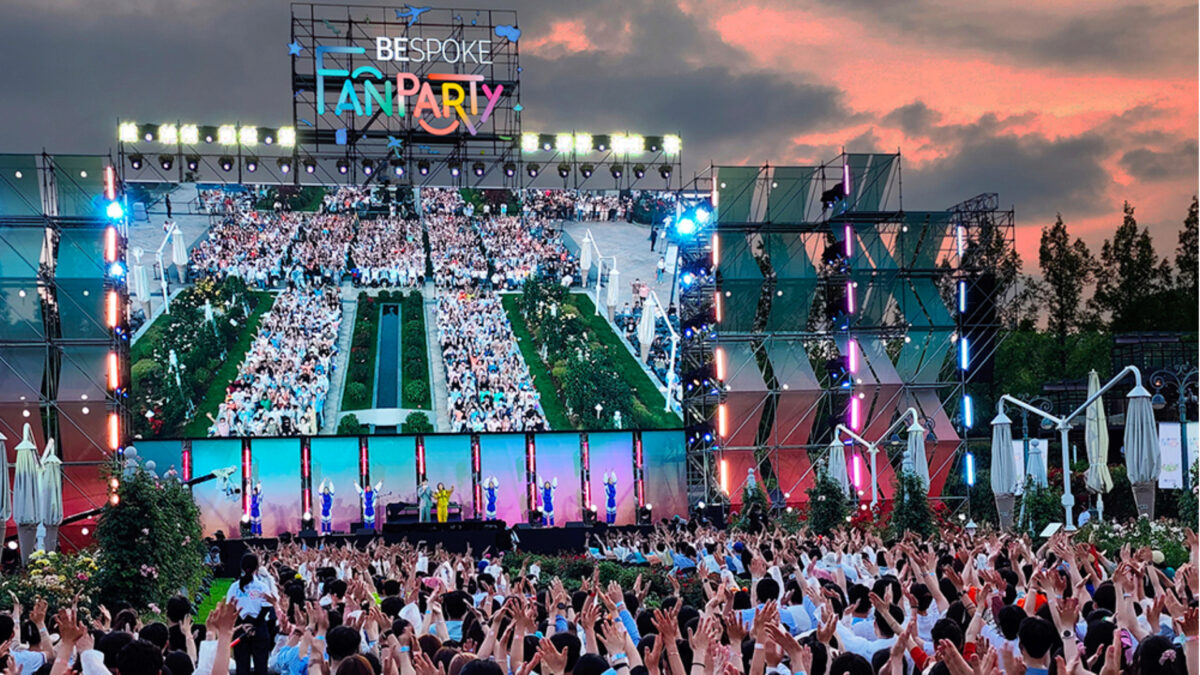 Samsung held a ‘BESPOKE Fan Party’ for the first time in South Korea. It was a one-of-its-kind event where the company invited around 1,500 customers who had purchased home appliances from its BESPOKE lineup. The event was held in Everland in Yongin, Gyeonggi Province, South Korea on 18 June 2022.

It was the company’s first large-scale fan party for home appliance customers and it was held on the occasion of the BESPOKE lineup’s 3rd anniversary. The South Korean firm showcased its latest BESPOKE lineup at the event and offered visitors a premium experience of using those products. There was a BESPOKE Lounge where they could see air dressers, washing machines, ACs, and air purifiers.

The company could hold similar events in other countries around the world in the coming months to showcase its premium home appliances.