The Galaxy S20 and the Galaxy Z Flip run Android 10 with One UI 2.1. There are a few subtle differences between One UI 2.0 and One UI 2.1, and a few eagle-eyed enthusiasts have managed to find additional offers that come packed with the latter.

Phones running One UI 2.0 offer only three screen zoom levels. Now, a Reddit user has found out that Samsung has added two more levels on the Screen Zoom scale on the Galaxy S20. Hopefully, the feature is also present on the Galaxy S20+, Galaxy S20 Ultra, and the Galaxy Z Flip, which also run the One UI 2.1 software.

If you don’t know what the Screen Zoom feature is, let us explain. It allows you to set how large or small the contents on the screen such as text and UI elements appear. This is different from the font size feature, which only affects the size of the font. We hope that these new options are rolled out to older phones with a software update.

Some users, including me, prefer smaller elements and text so that more content can fit into the screen. While finer display size controls are also possible by changing the DPI settings through ADB commands from the computer, they sometimes break UI elements and native options are always preferable. 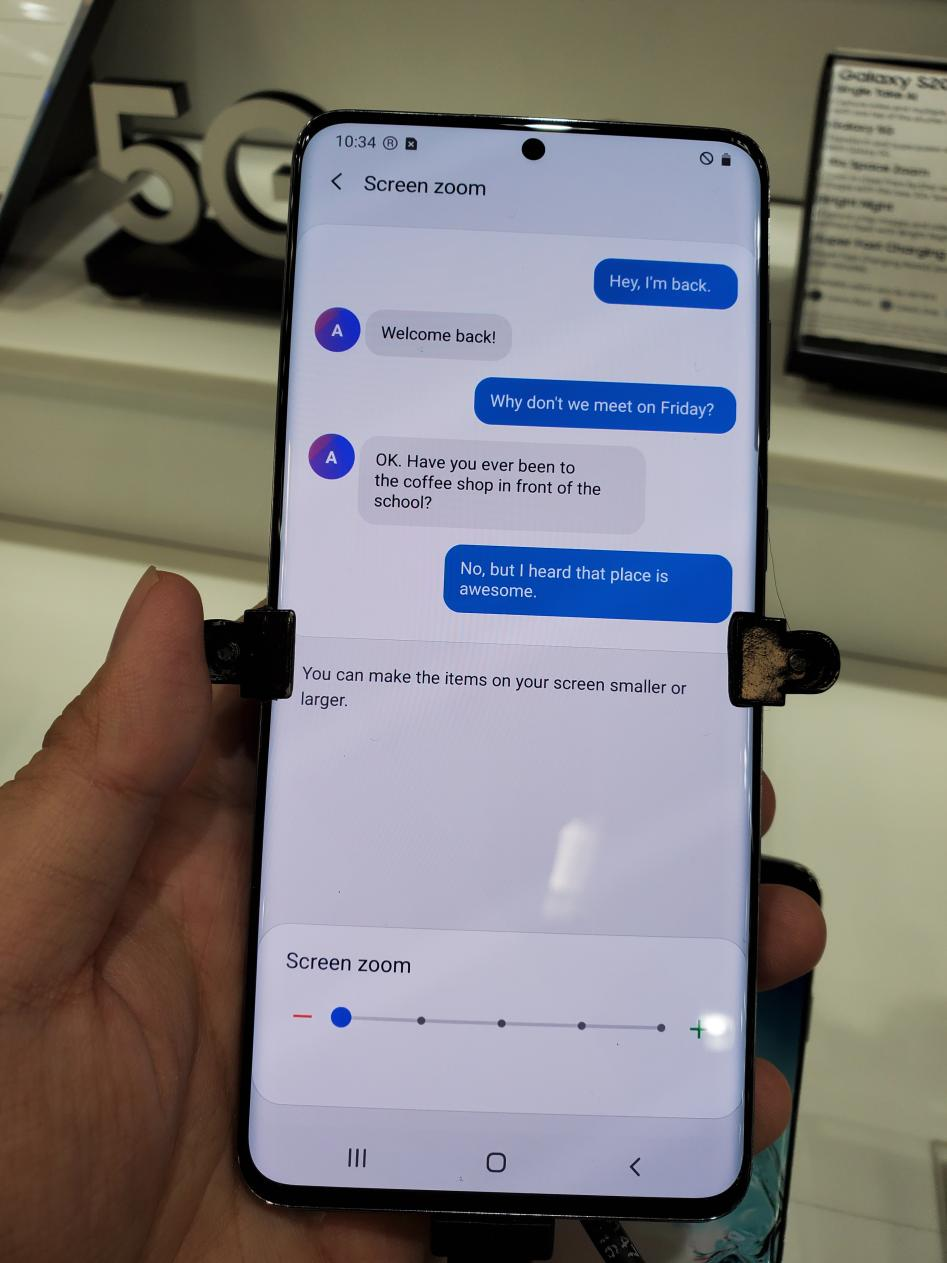 More news »
Galaxy S20 Ultra seems to be surpassing sales expectations By Dominik B.|1 day ago
Galaxy S20 April update out for unlocked units in the US By Abhijeet M.|1 day ago
White Galaxy S20 Ultra could launch soon, but don’t get too excited just yet By Abhijeet M.|1 day ago
[Poll Results!] 60Hz or 120Hz: Which do you use on your Galaxy S20? By Mihai M.|2 days ago
SamMobile TVMore »
Opinions More »
Samsung fans have had it with the company’s Exynos processors
1 week ago