Samsung has announced the launch of its newest party speakers and soundbars in the Indian market. The company’s new lineup includes two Sound Tower speakers as well as Q-series and T-series soundbars. All the devices have been tuned by Samsung Audio Lab in Valencia, California, in the US.

Turn up the bass with Sound Tower party speakers

The Sound Tower party speakers are meant to fill any room with exceptionally crisp and loud audio. The MX-T70 and the MX-T50 feature bi-directional sound, and the company claims that there’s no distortion even at the maximum volume. The MX-T50 offers 500W audio output, while the MX-T70 can go as high as 1,500W. They also come with features like DJ Effect, Dynamic Bass, Karaoke, and LED party lights.

Up to 10 Sound Tower speakers can be connected to each other using Group Play. Multiple source devices can be connected to these speakers using the multi-point Bluetooth feature. They’re splash-proof, too. The MX-T70, which features a 10-inch woofer, costs INR 42,990, while the MX-T50 is priced at INR 29,990 in India.

The HW-Q950T and the HW-Q900T come wrapped in the premium Kvadrat material. The Q-Symphony feature allows users to pair the soundbar with Samsung’s QLED TVs and play audio from both devices at the same time for fuller and richer audio. The soundbars also feature side-firing and up-firing speakers for Dolby Atmos and DTS:X 3D audio technologies. Samsung’s T-series soundbars feature Dolby Audio, just like Q-series models, but they miss out on DTS:X. Instead, they come with the DTS: Virtual X audio technology for spatial surround sound without the need for additional speakers. The Smart Sound feature tunes audio as per the content, be it movies, news, sports, or TV series.

The soundbars also switch to Game Mode automatically by detecting game consoles with the HDMI cable. In terms of connectivity, the company’s new T-series soundbars feature multi-point Bluetooth and HDMI.

Here’s the pricing for T-series soundbars: 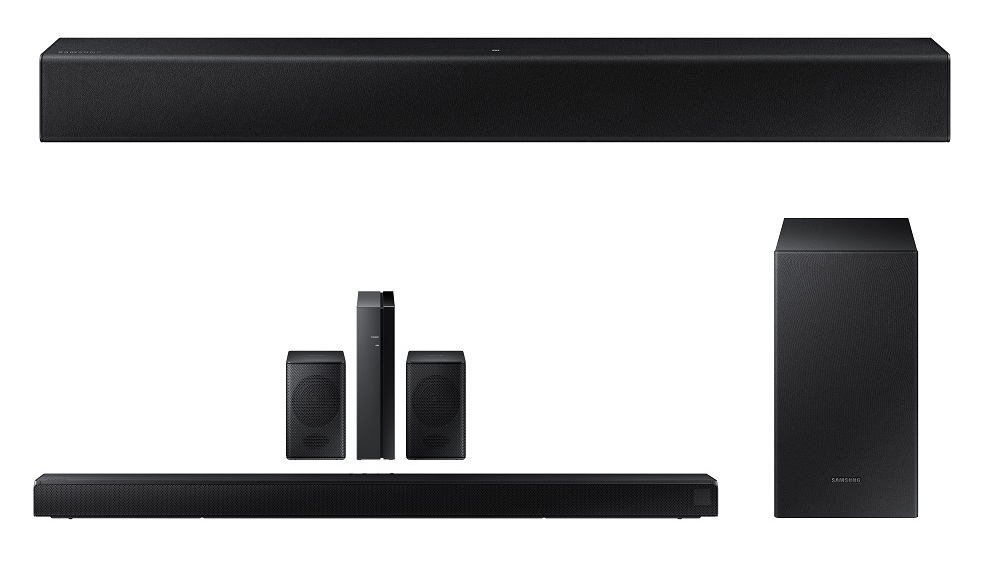 All the soundbars and party speakers that have been announced for the Indian market can be controlled using Samsung’s Audio Remote app. Buyers can get 10% cashback on these devices when they make purchases using an ICICI Bank or Federal Bank credit and debit cards. They all come with a 12-month warranty.

Samsung’s new video explains how its latest flagship soundbar wo …

Here’s the pricing for Samsung’s new A-series, Q-series so …

Infographic explains Samsung’s journey and achievements in the s …