President Trump is ‘blaming Samsung’ in his latest tweetstorm 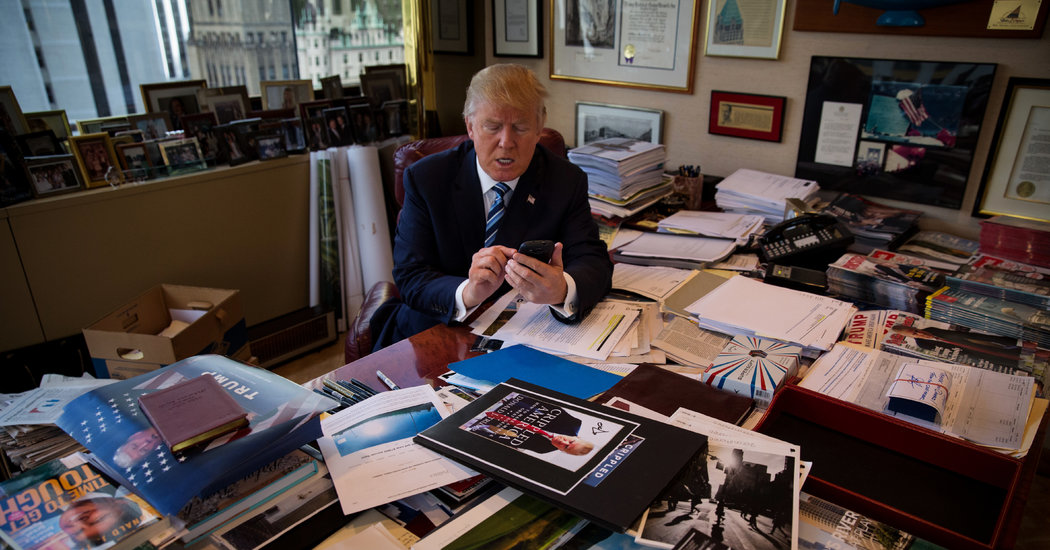 Even if you’re not interested in US politics you may be aware that President Donald Trump has a love affair with Twitter. His late night tweets have often been unpredictable and against the norms of presidential communication but he’s sticking with it.

President Trump has used Twitter to both rally support for his preferred candidates and TV shows as well as slam political rivals and media outlets he doesn’t like. His latest target isn’t a political player or media personality, it’s Samsung.

Blaming Samsung for something it may have nothing to do with

President Trump tweeted that he’s “blaming Samsung” for over 50,000 lost text messages sent over a five-month period between FBI agent Peter Strzok and lawyer Lisa Page. The two were engaged in an affair at that time and had been critical of Trump and other presidential candidates in their text messages. They were both taken off FBI special counsel Robert Mueller’s Russia investigation due to the discovery of overtly political exchanges on their phones.

The FBI has since released some of the texts that they exchanged to Congress and informed lawmakers that a system glitch resulted in messages sent between December 2016 and May 2017 being lost. Assistant Attorney General Stephen Boyd told Congress that many Samsung handsets used by the FBI failed to “capture or store text messages due to misconfiguration issues related to rollouts, provisioning and software upgrades that conflicted with the FBI’s collection capabilities.”

Amid accusations from some in President Trump’s Republican party that the agency may have intentionally deleted the text messages, the president himself sees fit to point the finger at Samsung as if the company is somehow involved in this entire episode. It’s also interesting to note that President Trump is himself believed to use a Samsung handset to send out his tweets.

Samsung hasn’t commented on the president’s tweet. It’s also unclear if the handsets’ inability to capture the messages was due to the software and security protocols that the FBI had installed per its requirements or whether it was due to an actual problem with the handsets.