The ability to store unlimited amounts of photos and videos on Google Drive (or Google One) was, and continues to be, a key selling point for Google Pixel devices. Now, non-Pixel owners can get in on the fun, too, but it’s restricted to only T-Mobile in the United States, as pointed out by 9to5google. It will be available to purchase on April 26 via this link.

If you’ve purchased an Android phone (Samsung Galaxy included) from T-Mobile, all you need to do is get yourself a top-tier Google One plan that gets you 2 TB of cloud storage per month and unlimited Google Photos backup in original quality. However, the latter is restricted only to the primary account holder whereas the former can be shared with up to five people.

Just 2 TB of cloud storage costs $10 per month, but it is worth paying the extra $5 given the benefit of unlimited cloud storage. Samsung’s high-end phones are revered for their camera prowess and users will undoubtedly want to try them out. 8K videos recorded from your Galaxy S22 can easily chew through gigabytes of storage without batting an eyelid.

Google’s decision to lock unlimited Google Photos backup in original quality behind a monthly subscription might come off as scummy, but it is understandable, given the sheer amount of power a modern-day smartphone camera packs. Photo sizes are on the rise, too, with the prevalence of 108 MP camera sensors on mid-range smartphones. 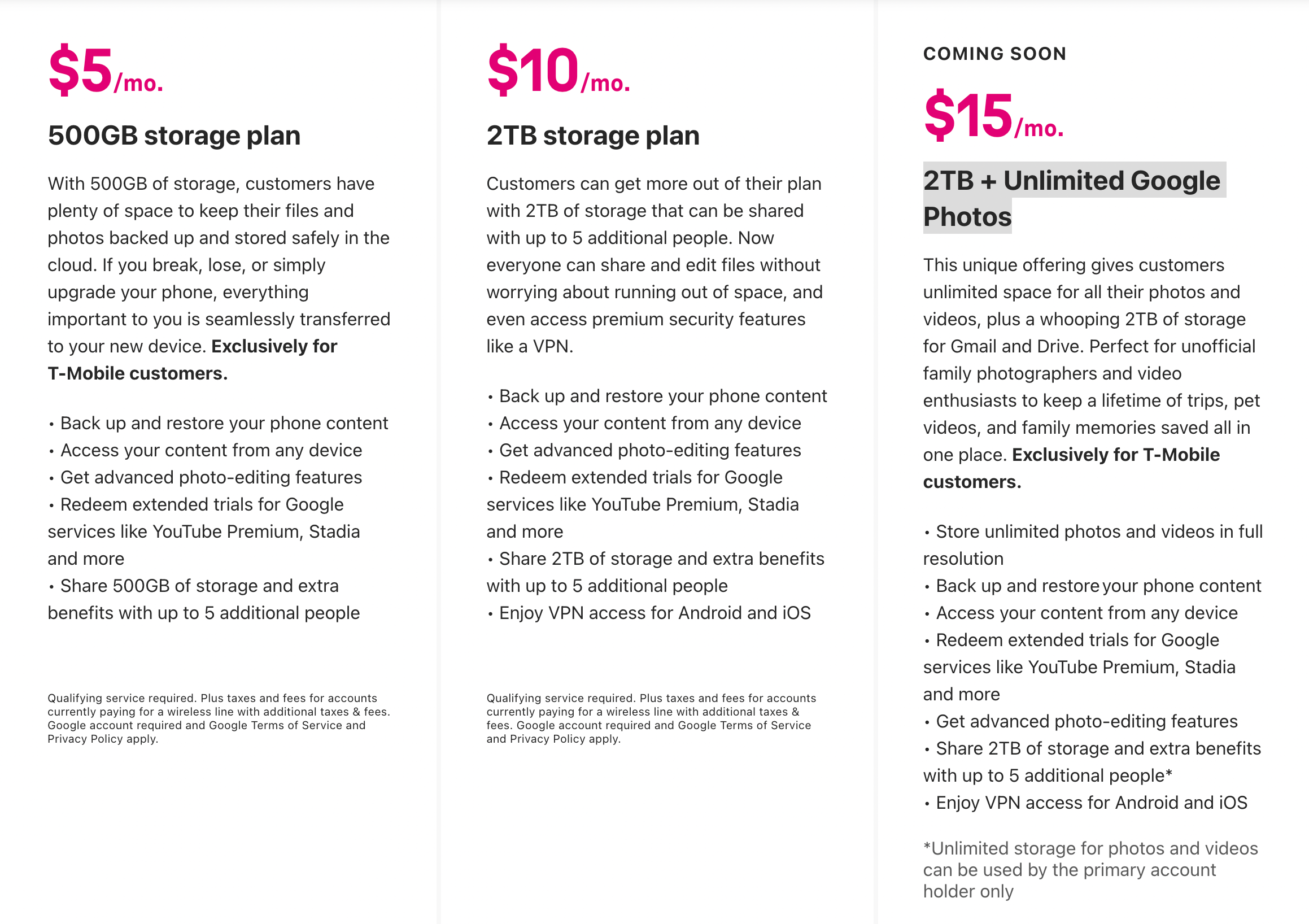