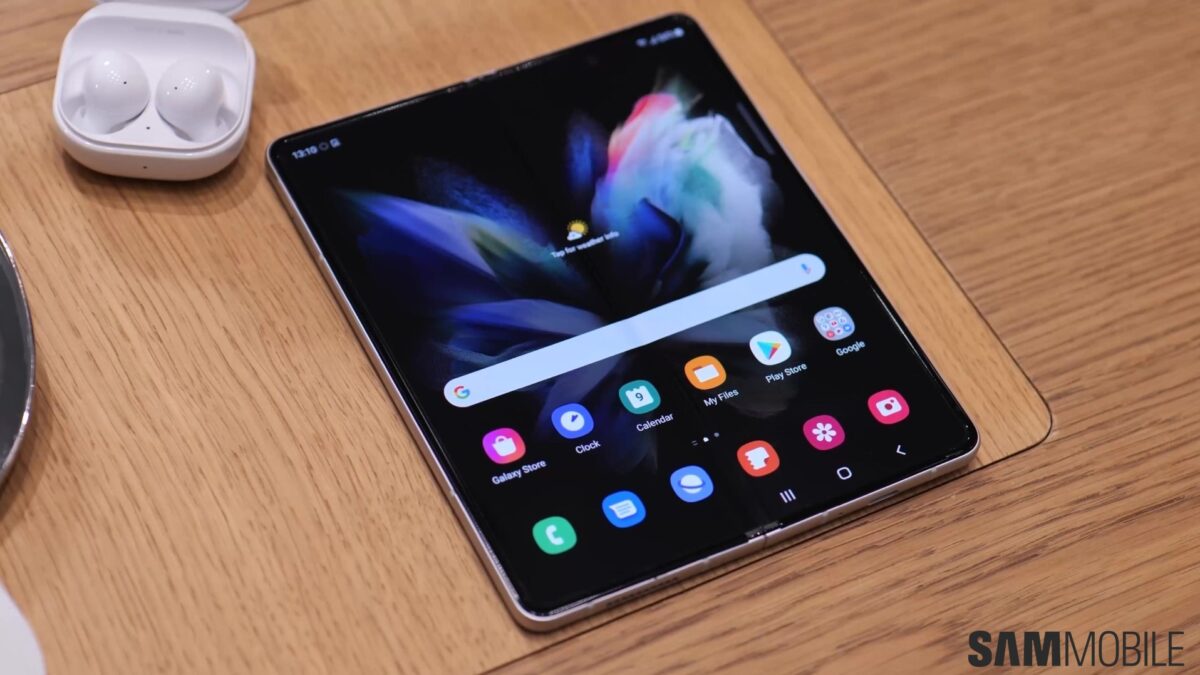 The Galaxy Z Fold 3, which was unveiled last week, comes with various improvements over its predecessor. It has a faster processor, a tougher body, an IPX8 water-resistant rating, and S Pen compatibility. The South Korean firm has now revealed that the Galaxy Z Fold 3 also features a more power-efficient display.

Samsung Display announced earlier today that it has developed a new flexible OLED panel called Eco OLED, which is used in the Galaxy Z Fold 3. The Eco OLED panel is 25% more power-efficient than the display panel used in the Galaxy Z Fold 2. To achieve this, the company used a new panel laminate structure rather than using a conventional polarizer. The new structure blocks external light reflection and increases the light transmittance by 33%.

The polarizing plate, usually used in OLED panels, is an opaque sheet that increases OLED visibility by stopping the light from outside the panel from hitting the electrodes between the pixels and being reflected. However, it decreases the light produced by the OLED panel by more than 50%. While other brands have tried replacing this polarizer, Samsung Display has become the first company to achieve it. The Eco OLED panel also allows UPC (Under-Panel Camera) to be used below the screen for a bezel-less and punch-hole-less viewing experience. 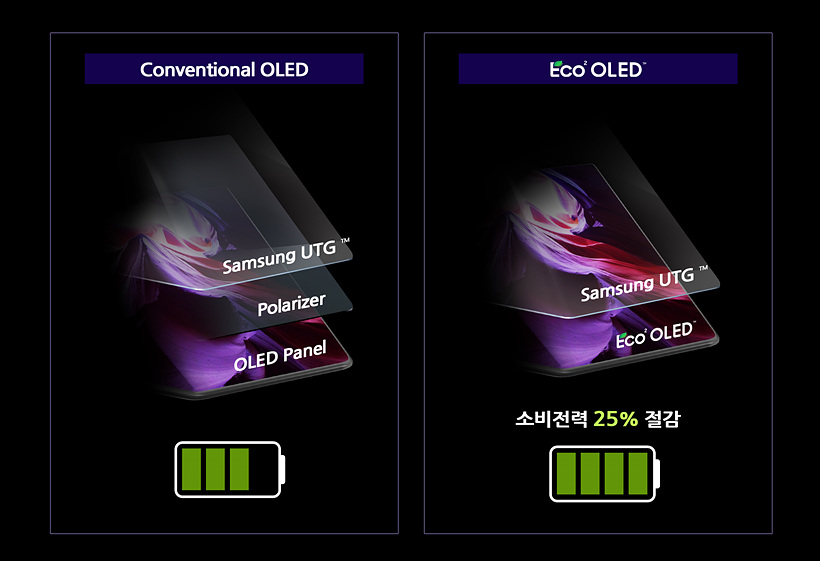 Samsung Display has trademarked the new display technology in seven markets, including China, Japan, South Korea, the UK, and the US.

Sungchul Kim, President and Head of Mobile Display Business for Samsung Display, said, “The Eco OLED is a groundbreaking technology that significantly lowers power consumption by improving upon panel design that has been the industry norm for years. With the shift to 5G and devices with larger, foldable screens, the industry needs energy-efficient components that offset the battery life concerns that these technologies can bring. In addition to the Eco OLED, Samsung Display will continue to optimize technologies and produce organic materials that reduce battery drain.”