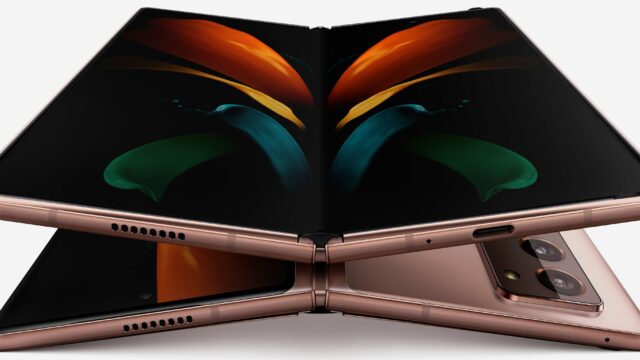 Yet another handful of Galaxy Z Fold 2 press renders appeared online today, providing us with one final look at Samsung’s next foldable smartphone ahead of its official announcement taking place tomorrow, August 5th. And what a look that is, indeed: the high-resolution images featured herein come from well-known industry insider Evan Blass, aka @evleaks, aka the person who already leaked pretty much the entirety of this week’s Galaxy Unpacked event.

Combined with some other extensive reporting efforts, including our own, we have a pretty good idea about what to expect from tomorrow’s online-only happening.

The Galaxy Z Fold 2 will share the spotlight with the Galaxy Note 20 range – arguably tomorrow’s main act – and the Galaxy Tab S7 lineup. On the wearable front, Samsung is expected to officially announce the Galaxy Watch 3 family, as well as the Galaxy Buds Live wireless earbuds. The company’s even sitting on a potential wild card in the form of the Galaxy S20 Fan Edition 5G, but it’s still dubious whether that particular device ends up making an appearance tomorrow.

Then again, it’s not like Samsung will be holding back this time around seeing how the next Galaxy Unpacked event is essentially its all-in moment as far as the second half of the year is concerned. And given everything that 2020 has been throwing at it so far, Samsung really needs a win or two. That’s precisely what the Galaxy Z Fold 2 is expected to deliver, being a remarkably improved version of last year’s Galaxy Fold. Of course, that’s irrespective of Samsung losing the plot in the product naming department with yet another ludicrous moniker.

Third One UI 4.0 beta update for the Galaxy Z Fold 2 is rolling out no …