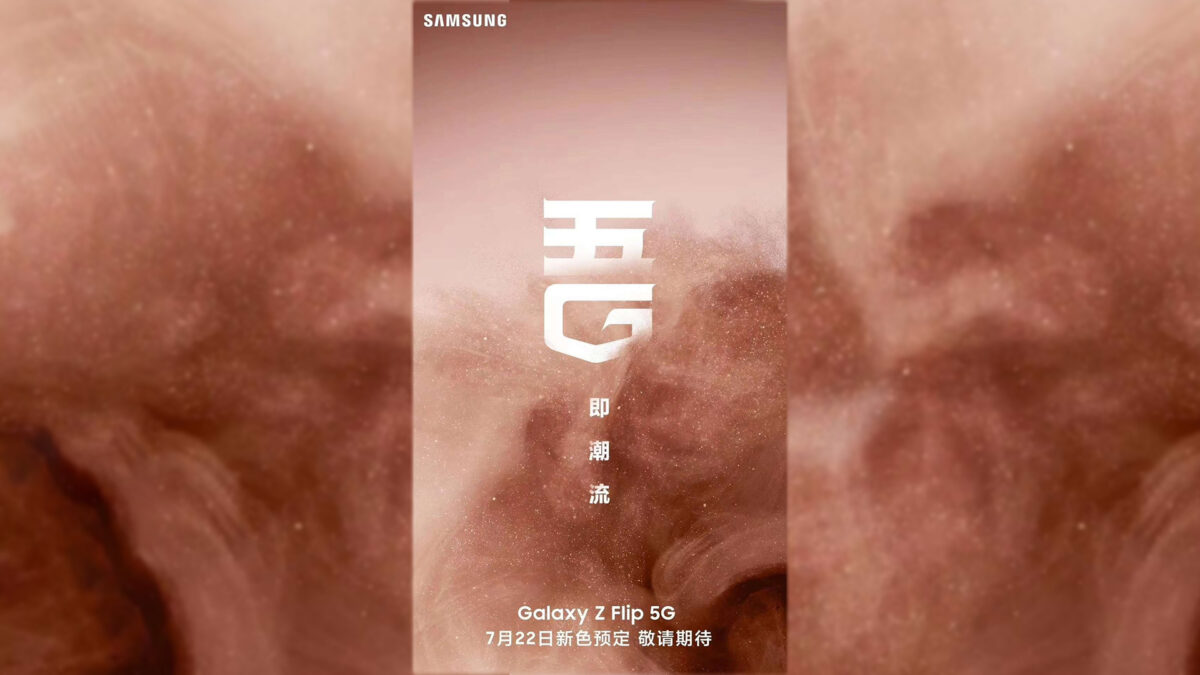 The Galaxy Z Flip 5G, Samsung’s next somewhat affordable and completely foldable smartphone is launching sooner than anticipated, at least as far as China is concerned. Namely, the company just scheduled its next product event in the Far Eastern country for Wednesday. This Wednesday, July 22nd. Up until now, all signs were pointing to an August 5th announcement happening alongside the reveal of the Galaxy Note 20 and Galaxy Tab S7 series.

Mind you, that may still hold true as it wouldn’t be out of the ordinary for Samsung’s Chinese arm not to mimic its parent’s global moves. If those were guaranteed to work in China, Samsung would have likely held on to at least a single percentage point of that lucrative market by 2020 – but they aren’t, so it didn’t.

Granted, it’s hard to expect Samsung to compete with China’s domestic brands, even if it’s making its products across the street. The reality of any foreign business operating in the country is that it’s impossible not to get undercut by domestic rivals in the long term. If anything, Samsung’s business in China is doing amazingly overall in spite of falling into irrelevance in the smartphone space. How long will that remain true remains to be seen, though Samsung is definitely aware its time is ticking away, as suggested by the fact it focused its investments elsewhere.

Regarding the Galaxy Z Flip 5G in particular: it’s the Galaxy Z Flip (our review), but with 5G and the Snapdragon 865 processor. What more would you possibly need to know? In all seriousness, it also has a brand new color. Now, that kind of genius design iteration will surely help Samsung claw its way back to smartphone brand relevance in China; there’s simply no other feasible outcome to the release of something named as elegantly as the Samsung Galaxy Z Flip 5G.