Galaxy Z Flip 4 vs Galaxy S22: Which one has the better cameras? 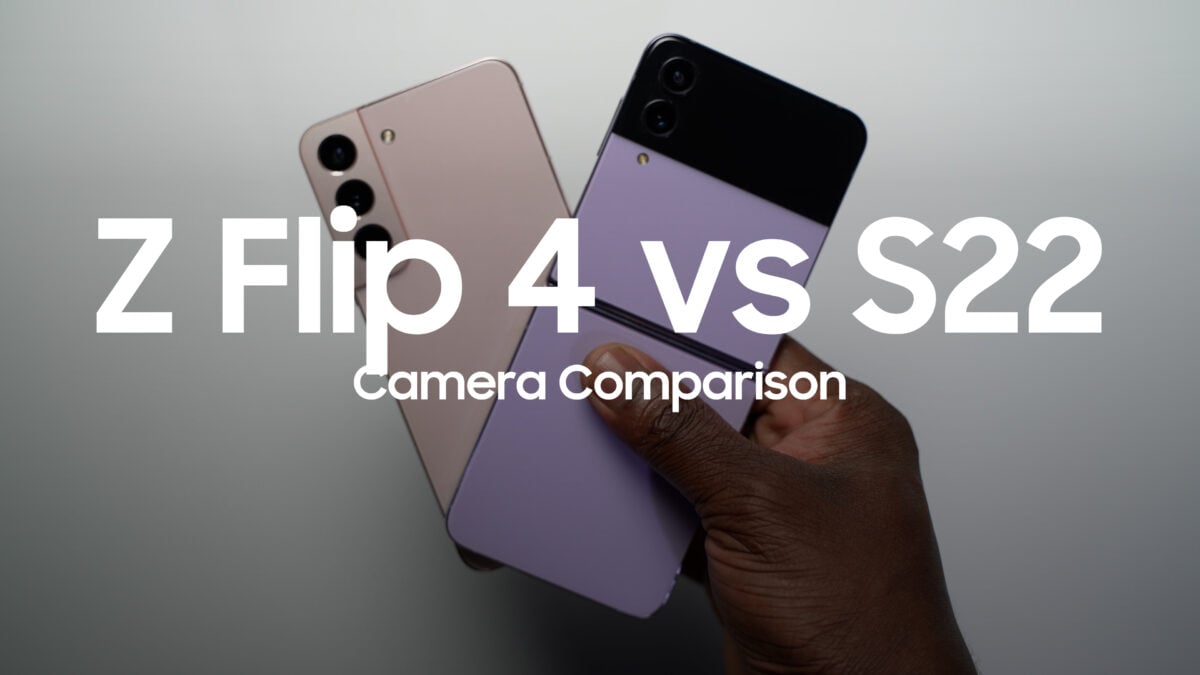 The Galaxy Z Flip 4 might be a good alternative to the Galaxy S22 if you’re looking for a new mobile experience enabled by a different form factor. But if you’re concerned primarily with mobile photography, there’s enough difference between the two devices to warrant a closer examination. With that in mind, we took the Galaxy Z Flip 4 and Galaxy S22 out for a spin to try and determine which might be the better camera phone. You can check our full video below, but first, here’s a recap of the camera hardware.

The Galaxy Z Flip 4 is equipped with a dual-camera system comprising a 12MP primary shooter with dual-pixel phase-detection autofocus (PDAF) and optical image stabilization (OIS). The device also features a 12MP ultra-wide sensor with a 123-degree field of view and a 10MP selfie camera.

On the other hand, the Galaxy S22 — and indeed the Galaxy S22+ — features a 50MP primary sensor with dual-pixel PDAF and OIS, a 120-degree ultra-wide 12MP sensor, and a 10MP telephoto camera with 3x optical zoom. The S22 also has a 10MP selfie camera.

Hardware specs aside, the camera software nowadays can make a world of difference, so let’s have a closer look at how all these technical details translate into the real world. Can the Z Flip 4 outperform the S22?

So, how does the Galaxy Z Flip 4 compare to the Galaxy S22 in terms of real-world photography? Surprisingly well, actually. The Galaxy S22 has a dedicated telephoto camera so it will perform when better zoomed in most, althougoh not all cases, interestingly enough. In fact, it looks like the Z Flip 4 takes slightly clearer night photos at 3x zoom than the S22, even though it lacks a dedicated telephoto camera.

The overall theme for this comparison seems to be that the Galaxy Z Flip 4 punches above its weight and even outperforms the Galaxy S22 in certain areas, including optical image stabilization for video recording. The Galaxy Z Flip 4’s wide sensor seems to perform better at night time, but then again, the S22 has better color accuracy and can recreate more natural colors in most scenarios.

Surprisingly, the Z Flip 4 also does a better job stabilizing selfie videos, albeit at the cost of detail. Videos recorded with the S22 don’t seem as stable, but they are more color-accurate and detailed.

All in all, it seems like Samsung has put a lot of work into optimizing the camera software for the new flip phone, Despite the hardware limiations, it can perform on par or better than the S22 in several scenarios. Check out our video below for the full detailed comparison, and let us know in the comment section which results you prefer.