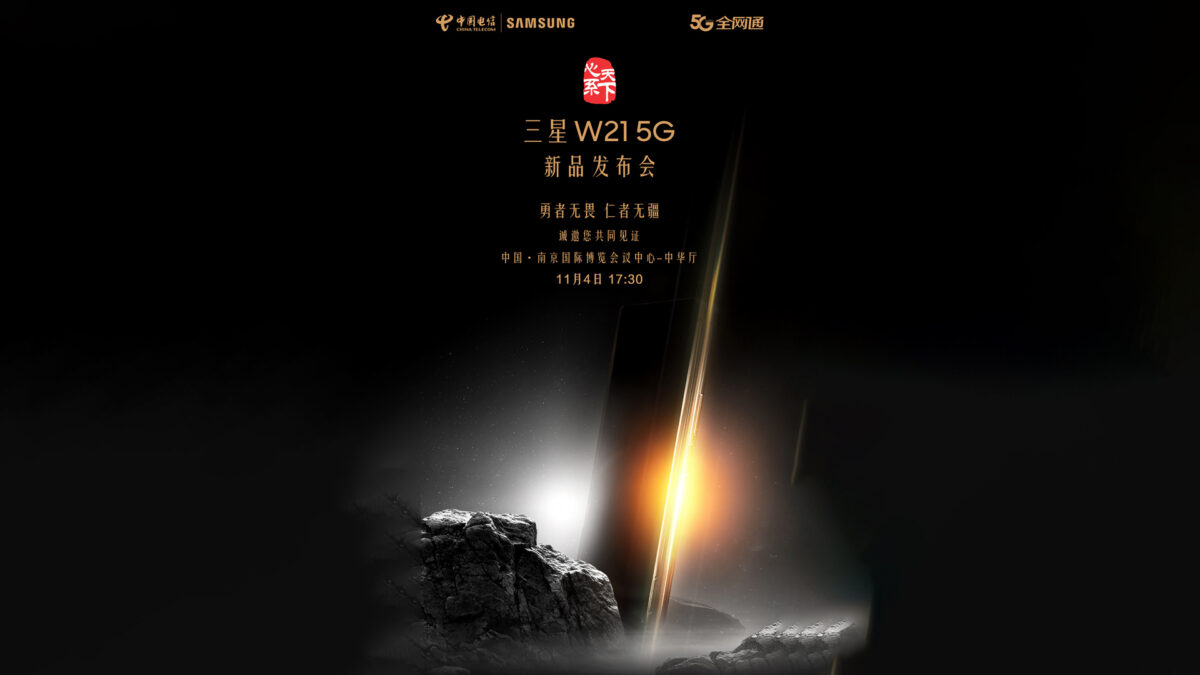 Samsung today attached a release date to its latest foldable smartphone called the Galaxy W21 5G, a familiar-looking flagship headed to China. The release date, scheduled for next Wednesday, November 4th, will center around what is simply a rebranded version of the Galaxy Z Fold 2. Which wouldn’t be that curious, if not for the fact this same device already launched in the Far Eastern country a couple of weeks ago.

The Galaxy W21 5G doesn’t seem to be that much different from the original model, either, save for the fact it will sport a different-colored hinge and a slightly flashier back panel.

This is yet another one of Samsung’s attempts to claw itself into something resembling relevancy in China, the world’s largest smartphone market where it now holds less than a single percentage point of both sales and shipments.

Just to add to the futility of the situation, Samsung still appears to be selling both the Galaxy W20 5G and Galaxy Z Fold 2 (5G) in China, the latter of which goes for the equivalent of over $2,500. It remains to be seen what price this luxury version of the device will command.

Either way, Samsung can at least take some solace in the fact that it gets some bonus points from consumers in the world’s second-largest smartphone market, India, precisely because it’s obvious China isn’t too friendly toward it.