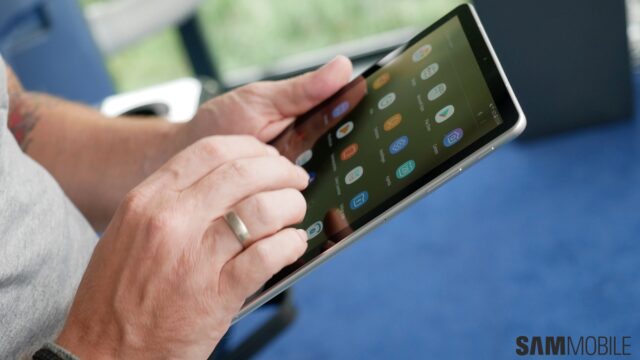 Samsung has released a new firmware update for the Galaxy Tab S4 (SM-T830), carrying software version T830XXU4BTB2. The version number suggests that some new features may have been added with this latest update, however, Samsung’s official changelog mentions only security improvements. Therefore, if there are any additions aside from the March 2020 security patch, they’re under the hood.

The firmware update is presently rolling out in a handful of regions including the UK, Austria, Italy, France, the Baltic states, Luxembourg, Hungary, Switzerland, Germany, the Netherlands, Southeast Europe, and Nordic countries. If you haven’t made the list yet, other regions should follow suit in the coming weeks.

As usual, you can tap the update notification to grab the latest firmware update OTA once it reaches your Galaxy Tab S4, or you can open the Settings app on the tablet, navigate to Software Update, and tap Download and install. You can also refer to our firmware archive and download the latest update manually from there.

While a new security patch is welcomed, we’re aware that most Galaxy Tab S4 owners are eager for the big (and final) Android OS update to arrive. The tablet is technically eligible to receive Android 10, but we’re still waiting for news on this front. Samsung’s focus so far has been on updating its smartphones first and foremost, so only time will tell when it might show the Galaxy Tab S4 some extra attention. We’ll keep you updated as soon as we learn more.