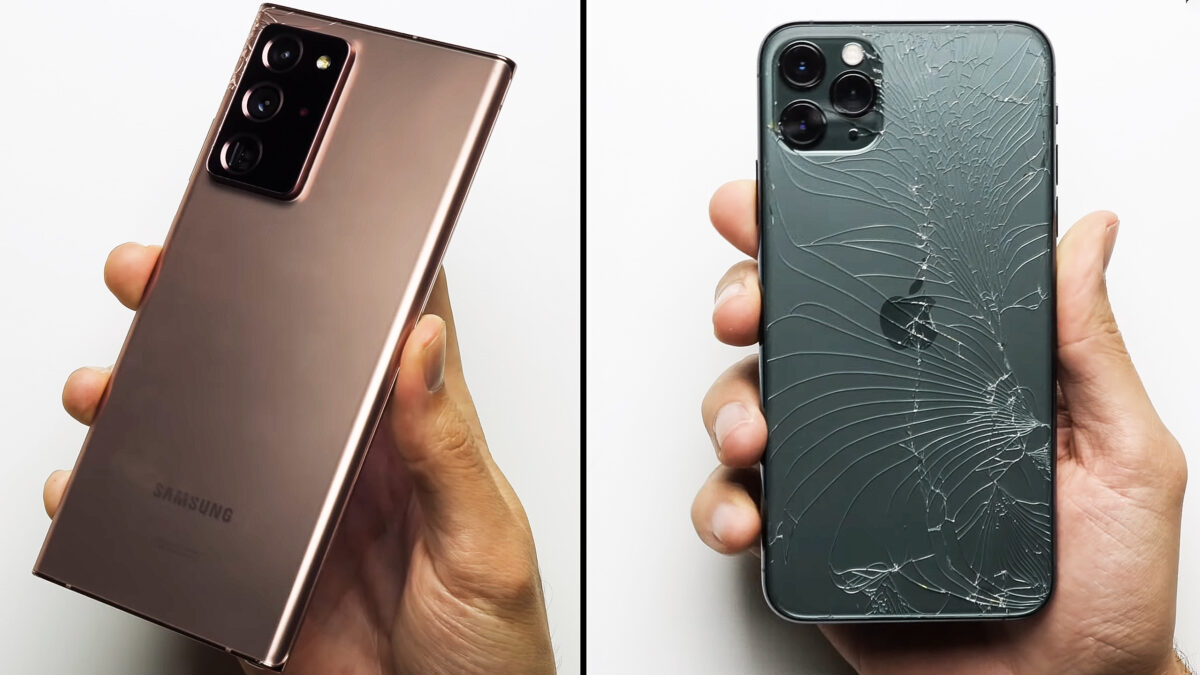 The Galaxy Note 20 Ultra pretty much demolished Apple’s last year’s flagship in a series of extensive drop tests planned and performed by popular YouTube mobile channel PhoneBuff. Or, perhaps it’d be more accurate to say that the Galaxy Note 20 Ultra — protected by Gorilla Glass Victus on the front and back — watched the iPhone 11 Pro Max destroy itself while taking repeated beatings like a champ. Because that’s pretty much what happened, as the video below can attest.

While 2020 was hardly Samsung’s strongest-ever showing in the mobile space, all of its flagships released this year obviously retained this amazing build quality that has been one of their main selling points for over half a decade at this point; since at least the Galaxy S6 whose switch to metal and glass ushered in a new era of smartphone durability. Samsung refined this unibody concept to a significant degree over the years, but at its core, an all metal and glass build proved to be a way stronger foundation for a smartphone than many would reasonably expect. At least in Samsung’s hands, that is, as evidenced by countless examples of iPhones being handily beaten by their Galaxy rivals in any kind of even remotely legitimate durability tests.

Of course, that isn’t to say the Galaxy flagships cannot shatter on first drop – in fact, that’s precisely what happened in today’s test as well. Yet they continue to endure damage much better than most competing smartphones, Android and otherwise, both in terms of cosmetic damage and functionality preservation. And that’s without even accounting for the fact that while your poor handset may indeed end up involuntarily taking flight many times over the course of its life, there’s a good chance very few of those will include it dropping from a pocket height onto a concrete floor completely naked.

And as many who owned a Galaxy flagship over the years can attest, Samsung has gotten really good at making phones that brush off less severe falls, such as the all too familiar table-hand-oops-table scenario.