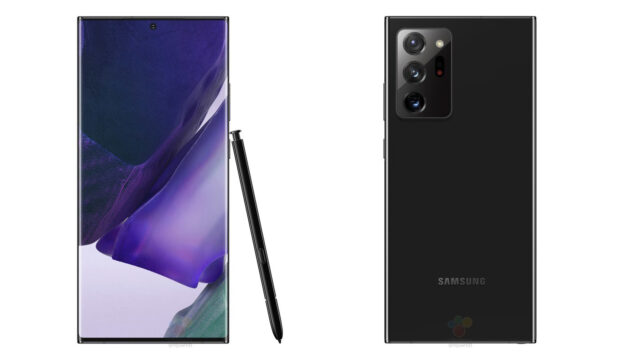 The starting prices of the Galaxy Note 20 and Galaxy Note 20 Ultra leaked mere moments ago, confirming Samsung opted for quite a passive-aggressive product strategy with its latest high-end smartphone series that doesn’t amount to an absolute cost increase. The company is still quite bold given how its raising the prices on the other end of the series while a global pandemic is still ravaging its sales in every price range.

Of course, the top model should lack an LTE-only configuration this time around, at least in Europe so it should realistically only be directly measured against the Galaxy Note 10+ 5G. This structure is almost identical to the one Samsung used for the Galaxy S20 line this spring, except that the bottom part of the range is €50 more expensive. Naturally, both figures are being reported in the context of the Netherlands, but the Benelux country has a pretty standard VAT rate of 21%, so these prices are likely in the ballpark of what can be expected from the rest of Europe.

The reasoning behind this ambivalent approach to pricing likely comes down to the fact that Samsung can no longer afford to ignore growing criticism of its consistent yearly price hikes, especially seeing how that unpopular practice has lately been accompanied by incrementally smaller technological improvements, i.e. the only thing that could somewhat universally justify the costly trend. At the same time, enough people are obviously still buying the most expensive configurations of the ultimate luxury smartphones Samsung manages to deliver every year.

Well, enough to justify Samsung’s intent to continue testing the limits of consumer goodwill. This time around, the introductory price is identical to the Galaxy Note 10 range, but the base Galaxy Note 20 model will be at a much more significant disadvantage compared to the Galaxy Note 20 Ultra. Making this quite a passive-aggressive move on Samsung’s part, particularly given the aforementioned uncertainty over how widely available the cheapest Galaxy Note 20 version will end up being.

The Galaxy Note 20 series is scheduled for an official announcement exactly a week from today – on Wednesday, August 5th.