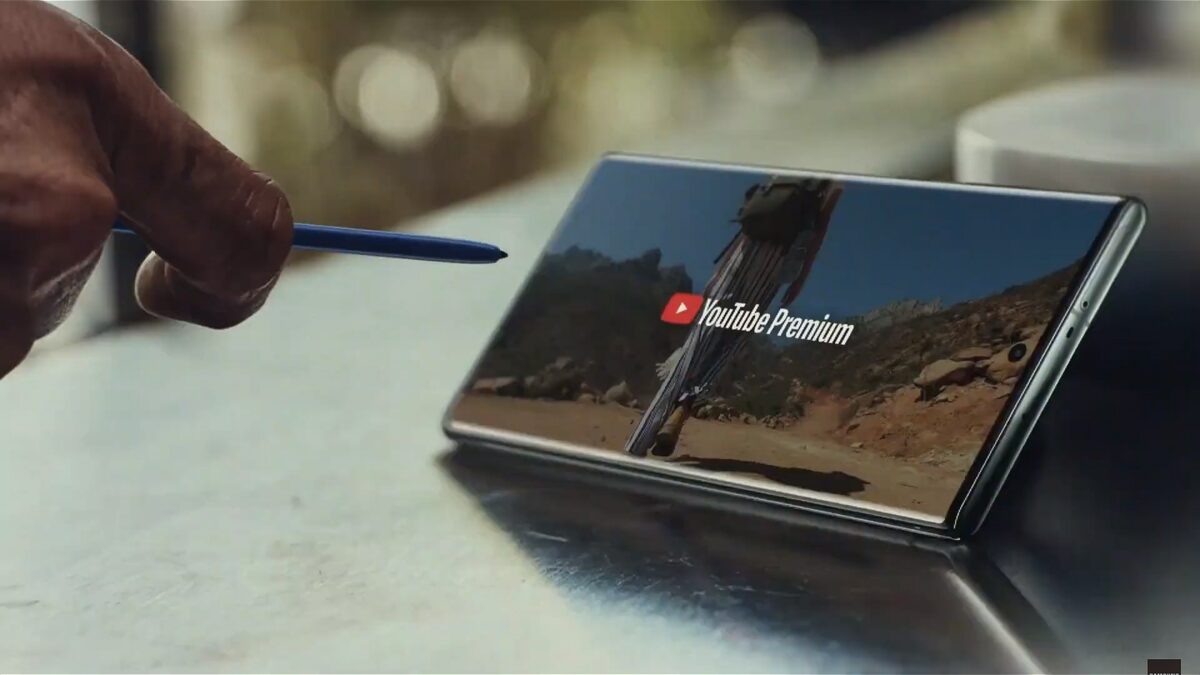 Samsung’s new Galaxy Note 10 and Galaxy Note 10+ come with an S Pen with remote control functionality and Air actions, which are gestures that one can perform while moving the stylus around, without touching the display. Controlling the camera — zooming in, zooming out, switching between cameras, and more — can be done with S Pen gestures, and Samsung has announced that the company worked with Google to integrate those gestures into the YouTube app.

One of these gestures is being able to hold down the S Pen button and rotating the stylus clockwise or anticlockwise to fast forward or go back in a video. Another is being able to adjust the volume by moving the S Pen up and down, and there are likely to be other gestures as well, although we’ll have to play with the devices more to find out. Samsung will also release a developer kit to allow third-party developers to add gesture support to their apps, just like it allows them to implement remote features since the Galaxy Note 9 debuted with a Bluetooth-enabled S Pen.

Samsung will also offer Check out Galaxy Note 10 hands-on to see what we feel about the device and some of the other features it brings to the table.

YouTube has introduced a new “Live Q&A” feature aimed at creators on the platform to help them better manage and handle the questions that subscribers throw at them during livestreams. YouTube Live Q&A is another effective way for creators and viewers to talk to each other in real time. This YouTube Live Q&A feature can […]

Get ready to view YouTube Shorts on your Samsung smart TV

Whether you like it or not, YouTube Shorts were only meant to take over the platform. And guess what: the inevitable is soon going to happen as YouTube has announced that it will be extending its short-format videos (Shorts) to smart TVs, including Samsung’s, across the world. On November 8, the Google-owned video-sharing platform said […]

YouTube homescreen widgets on Android get Material You makeover

After providing convenient shortcuts to its YouTube iOS app via homescreen widgets, the same treatment is now rolling out for YouTube’s Android app. Thanks to the new Material You redesign of the widgets, you can have quick access to the app’s search and other core parts. With this update, you will soon be able to search on […]

With the number of video streaming services increasing day by day, it is getting quite overwhelming for people to hop from app to app to watch their favorite TV shows and movies. What if you could access all those streaming services on YouTube? Wouldn’t it be nice to be able to watch all the shows […]