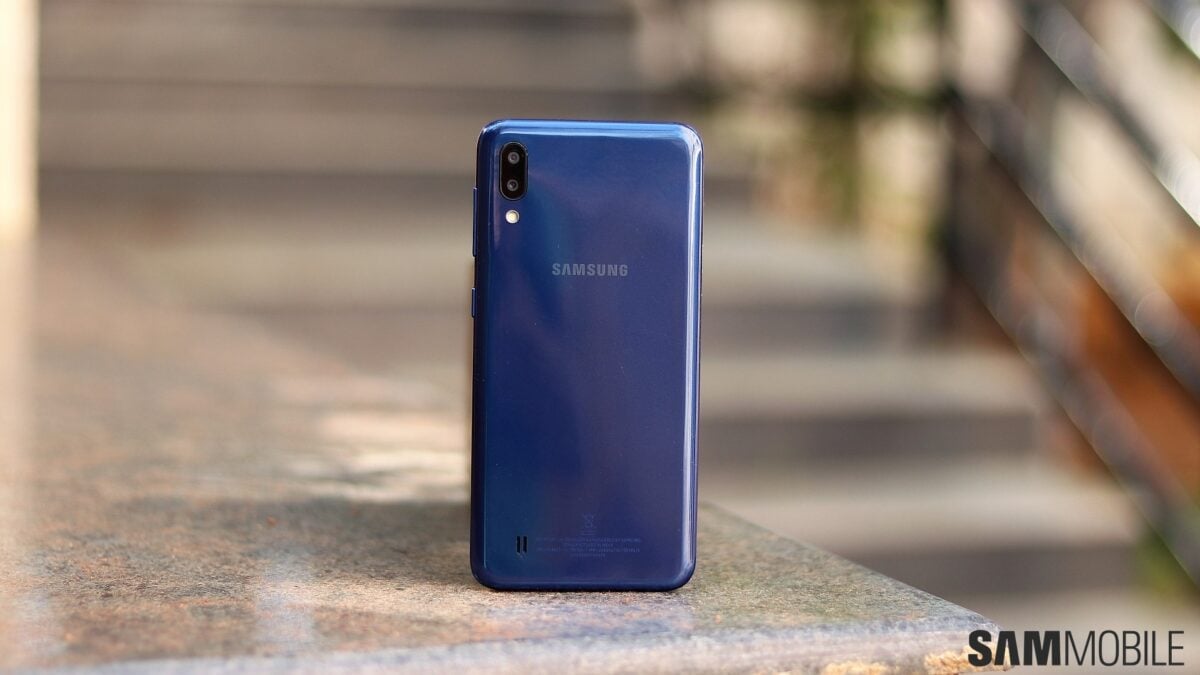 We had exclusively revealed the presence of the Galaxy M01 last month, along with its storage space and color variants. A few days later, the phone appeared on the Wi-Fi Alliance database. Now, the entry-level smartphone has appeared on the Google Play Console, revealing some of its specifications.

The Galaxy M01 (SM-M015G) appears to be running Android 10, which means that it would most probably come with One UI 2.0. The device has an HD screen (could be a 6.4-inch panel) with a V-shaped notch for the front-facing camera. The smartphone is equipped with the Snapdragon 439 processor and 3GB of RAM. Four ARM Cortex-A53 CPU cores of the chipset are clocked at 2GHz, while the other four cores are clocked at 1.5GHz. The Adreno 505 GPU is set to a clock speed of 560MHz.

Earlier, we had revealed that the phone would come with 32GB of internal storage, and the device will most probably have a microSD card slot for storage space expansion. The dual-SIM smartphone will make it to at least four Asian markets, including India, Nepal. Russia, and Sri Lanka. It will be launched in at least three color variants: black, blue, and red. We expect this budget phone to be unveiled in the next few weeks.