A story about the December update hitting a budget phone here in January? Yes, not something we would like to focus on, but it’s important when a device is getting its first update months after it launched and went on sale in a particular market. That’s right, the Galaxy J7 Pro is finally getting its first software update in India, bringing with it the December 2017 security patch. Not the January patch, sadly, but J7 Pro users can probably wait a few more months for the next security update.

The update is a 421 MB download, bumps the build number up to J730GMDXU2AQL1, and carries a generic changelog, so don’t expect to see any new features or notable changes. To grab the update, go into the Settings app, tap Software update, then tap the Download updates manually option. You can also wait for the update to show up on its own, but is that something you really want to do after the already long wait you have endured to see the first software update on your Galaxy J7 Pro? No? We didn’t think so. 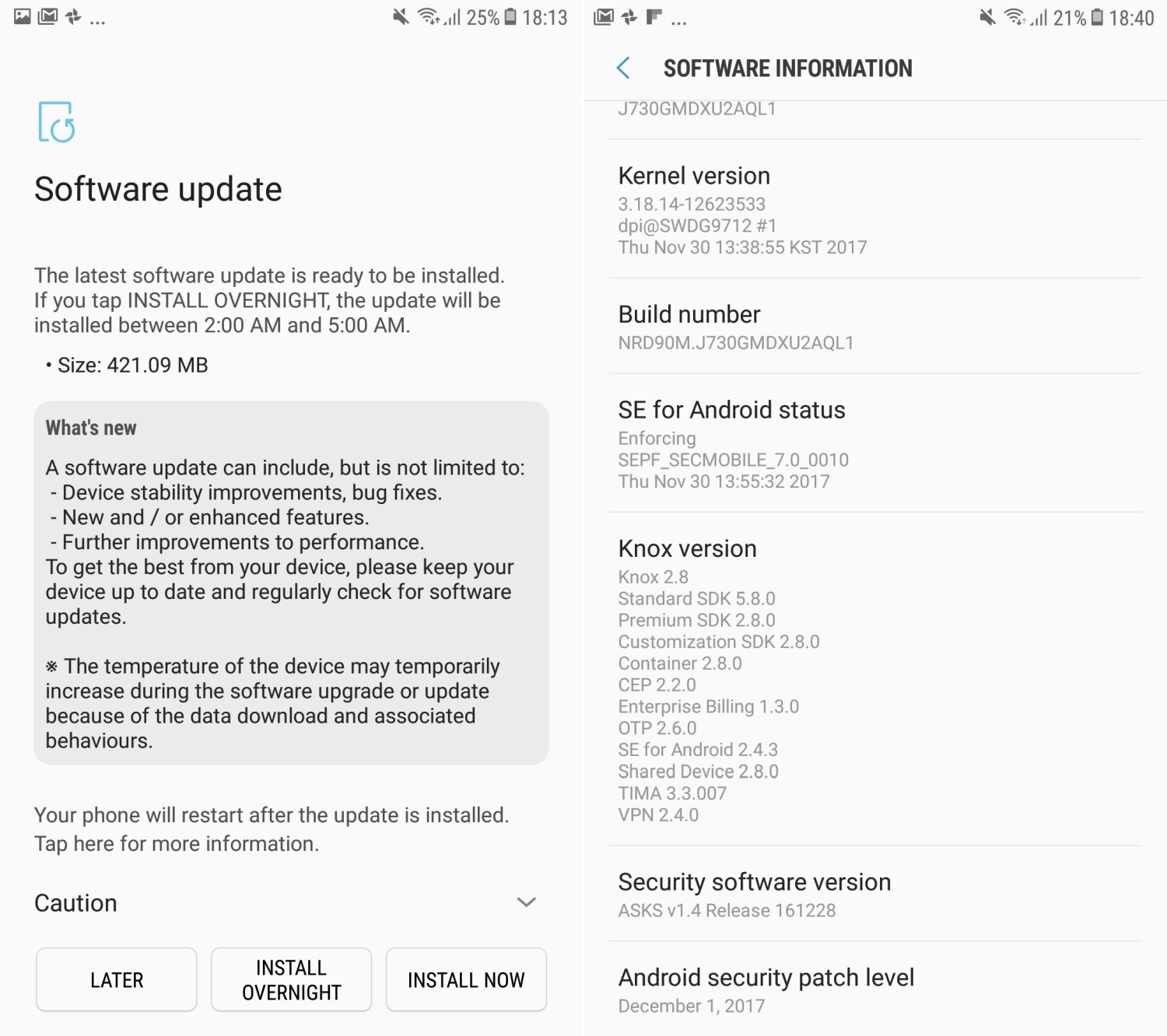