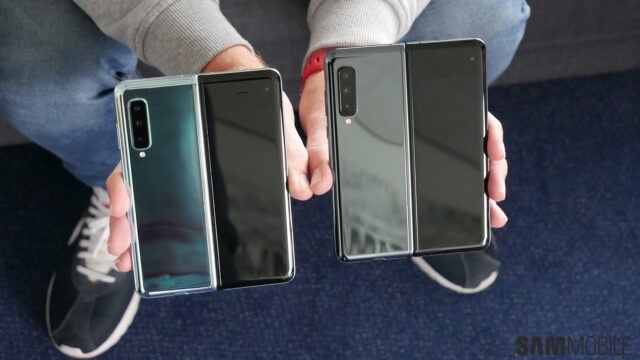 Samsung UK has revealed that interested customers in the country who couldn’t get a Galaxy Fold 5G in the first round of sales will be able to get their hands on one from October 10. The Galaxy Fold has been in short supply ever since it went on sale, both because it’s an innovative new device and because Samsung is only making a limited number of units. Samsung says the Galaxy Fold 5G sold out in the UK because of high consumer demand and is now working on restocking the foldable phone/tablet later this week.

Once more stock arrives, the Galaxy Fold 5G will be available for purchase from Samsung’s Experience retail stores and from EE stores. EE is the exclusive carrier partner for the Galaxy Fold in the UK, and the country also has only the 5G variant available for purchase. The 5G variant, in addition to having faster mobile connectivity, has a slightly smaller battery (4,235 mAh; the LTE variant has a 4,380 mAh battery) and comes with only one SIM slot. The rest of the specs are the same as the LTE Galaxy Fold.

Interested in buying the Galaxy Fold in the UK? You might want to keep an eye out on Samsung’s official website so you can order one for yourself as soon as stocks come back in. Oh, and don’t be turned off by the folding tests that have been making the rounds online. The Galaxy Fold may have a plastic screen that can be scratched easily, but those tests are far from indicative of real-world usage and the Fold is more durable than they would have you believe.