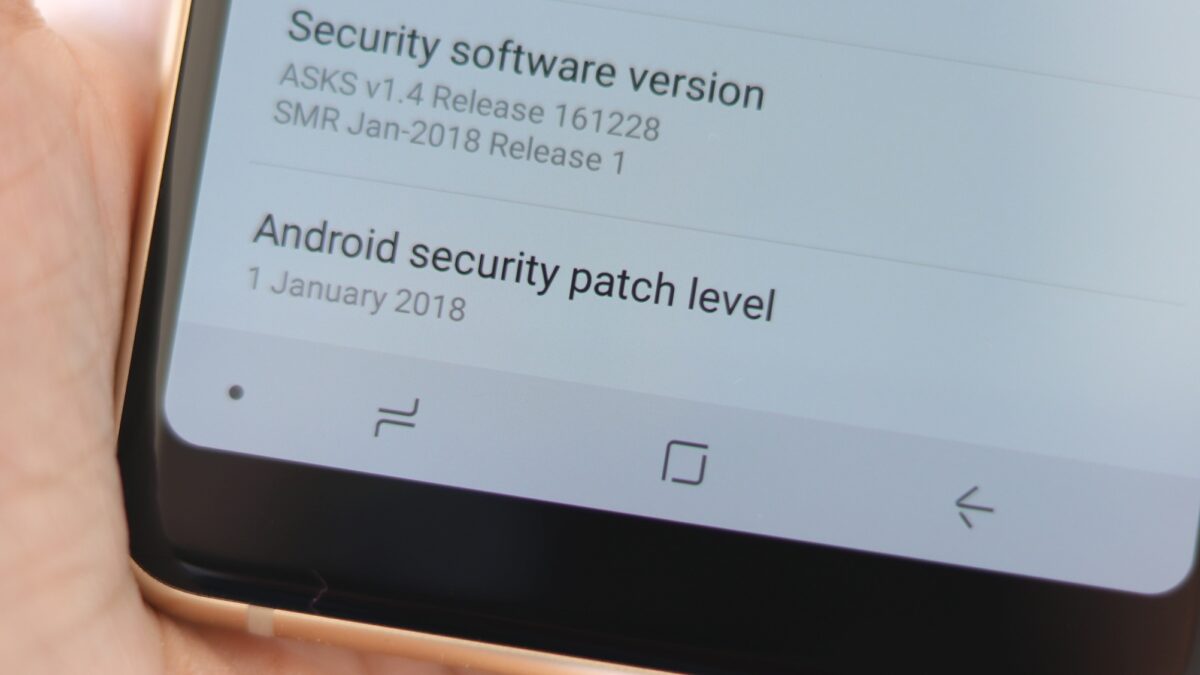 The Galaxy A8+ (2018) was quick to receive the January security patch update, with some markets getting the update before the phone hit retail shelves. The Galaxy A8 (2018) seemed to have been sidetracked, but Samsung is finally updating the smaller of its new mid-range phones with the latest security maintenance release (SMR). The update is rolling out in the UAE at the moment, with firmware version A530FXXU1ARA3. Oddly, the Galaxy A8+ is still on the December patch in the UAE, so it looks like Samsung is randomly updating these phones in various markets at the moment.

The January 2018 security patch brings fixes for 13 vulnerabilities discovered in Samsung’s software, along with five critical vulnerabilities that affect Android in general. The update doesn’t include any worthwhile changes or new features other than the latest Android security patch, and that’s not a bad thing, as we found the Galaxy A8 and A8+ quite stable and bug-free out of the box. To see if the update is available on your Galaxy A8, open the phone’s settings, tap Software update, then tap Download updates manually. We also have the firmware in our database if you would like to upgrade using a PC.

For those who missed it, our Galaxy A8 (2018) and Galaxy A8+ review went online last week. Check it out!

It has been a very busy day for Samsung. After releasing the latest security patch to the Galaxy A20, Galaxy A …