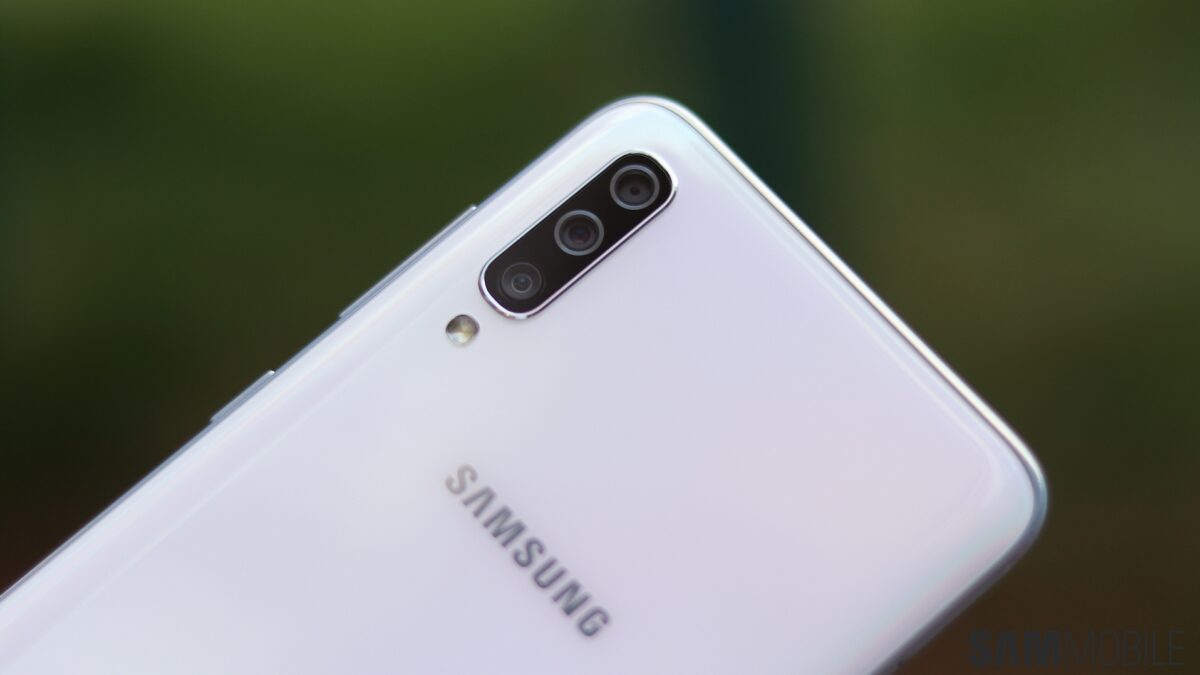 The Galaxy A71 has popped up in a series of high-resolution CAD renders said to be based on real specifications, offering a glimpse of what could be the phone’s final design. The renders were passed along by @OnLeaks via CashKaro and suggest that the Galaxy A71 will have an L-shaped camera setup, similar to the one rumored for the Galaxy A51.

According to these renders, the Galaxy A71 will measure just about the same as the Galaxy A70 and A70s, clocking in at around 163.5 x 76 x 7.9mm without the rear camera bump. It will retain the 6.7-inch screen diagonal along with the 2.5D glass design. However, it could switch from the Infinity-V to an Infinity-O display akin to the Galaxy Note 10 series, whereby the camera cutout will be centered.

The Galaxy A71 could be another one of Samsung’s upcoming smartphones in the Galaxy A (2020) series to adopt an L-shaped camera design confined within a protruding rectangle. The Galaxy A51 could do the same, at least according to a recent leak. The Galaxy A71 will reportedly have three vertically-aligned rear cameras coupled with a fourth sensor and an LED flash.

Exact camera specifications are unknown but the Galaxy A70 and Galaxy A70s boast 32MP and 64MP primary sensors, respectively. In theory, Samsung could adopt the 108MP ISOCELL Bright HMX for the upcoming Galaxy A71 if it would want to maintain this trajectory and push things even further.

The Exynos 980 remains a strong contender for the Galaxy A71

We’ve exclusively reported a couple of weeks ago that a Galaxy A71 with 5G capabilities could also be released in China. However, both the LTE and 5G models will likely use the same Exynos 980 chipset. The device should come with a minimum of 128GB of storage and is likely to ship in black, silver, blue, and pink, meaning that the white color shown in the CAD renders at hand may have been selected merely for better visibility. In any case, because the Galaxy A71 is expected to run Android 10, it will most likely launch in 2020 after the Galaxy S11 series debuts with One UI 2.0 out of the box.

Any thoughts on the Galaxy A71 as depicted in these CAD renders? Are you looking forward to the 2020 Galaxy A lineup? Share your thoughts in the comment section below.