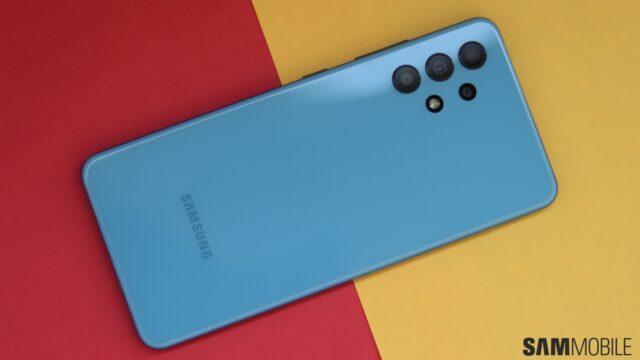 Chip shortages may be making things difficult for smartphone manufacturers, but Samsung isn’t letting anything get in the way of releasing as many new budget and mid-range phones as possible. For 2022, Samsung is working on making 5G more affordable with the Galaxy A13 5G, and it’s now been revealed that the company is also developing the Galaxy A33.

That’s pretty much it for what we currently know about the phone. There’s no information on its specs, release date, or pricing yet, though our friends over at GalaxyClub say that Samsung is well into the A33’s development, which means we could see some details surface over the coming weeks.

While it’s hard to speculate on specs at the moment, we hope the A33 will fix the biggest shortcoming of the Galaxy A32: weak performance. The Galaxy A32 suffers from a lot of stutter and lag that ruin what is otherwise a fairly good overall package, and Samsung would do well to make sure that isn’t the case with its sequel.

5G connectivity as standard instead of separate 5G and LTE models would also be nice to see. If Samsung intends on keeping them separate, then we hope the 5G model won’t offer faster network performance at the expense of other features, as many of Samsung’s 2021 mid-range 5G phones — including the Galaxy A32 5G — do.

For more on the Galaxy A33 and other upcoming Galaxy smartphones, be sure to join our Telegram channel and follow us on Google News.

Exclusive: Galaxy A33 will be water and dust resistant with an IP67 ra …

These are your color choices for the Samsung Galaxy A33