Galaxy A31, Galaxy M01, Galaxy M11 to be available in India through Flipkart

The Galaxy A31 was unveiled two months ago, and it went on sale in Australia and Vietnam last month. It was confirmed last week that the phone would hit the Indian market on June 4. Now, it has been confirmed that the Galaxy A31 will be available in India through Flipkart.

The Galaxy A31 sports a 6.4-inch Full HD+ Super AMOLED Infinity-U display and it has an under-display fingerprint reader. It runs Android 10 with One UI 2.0 and uses the Helio P65 processor. It has 4GB/6GB RAM, 64GB/128GB storage, and a microSD card slot. There is a 20MP selfie camera and a 48MP+8MP+5MP+5MP quad-camera setup at the rear. It is powered by a 5,000mAh battery and supports 15W charging.

The Galaxy M11 has a 6.4-inch IPS LCD Infinity-O display with HD+ resolution. It runs Android 10 and is equipped with the Snapdragon 450 processor, 3GB/4GB RAM, 32GB/64GB storage, and a microSD card slot. The Galaxy M11 has an 8MP front-facing camera and a 13MP+5MP+2MP triple-camera setup at the rear. The dual-SIM smartphone is powered by a 5,000mAh battery and supports 15W fast charging. 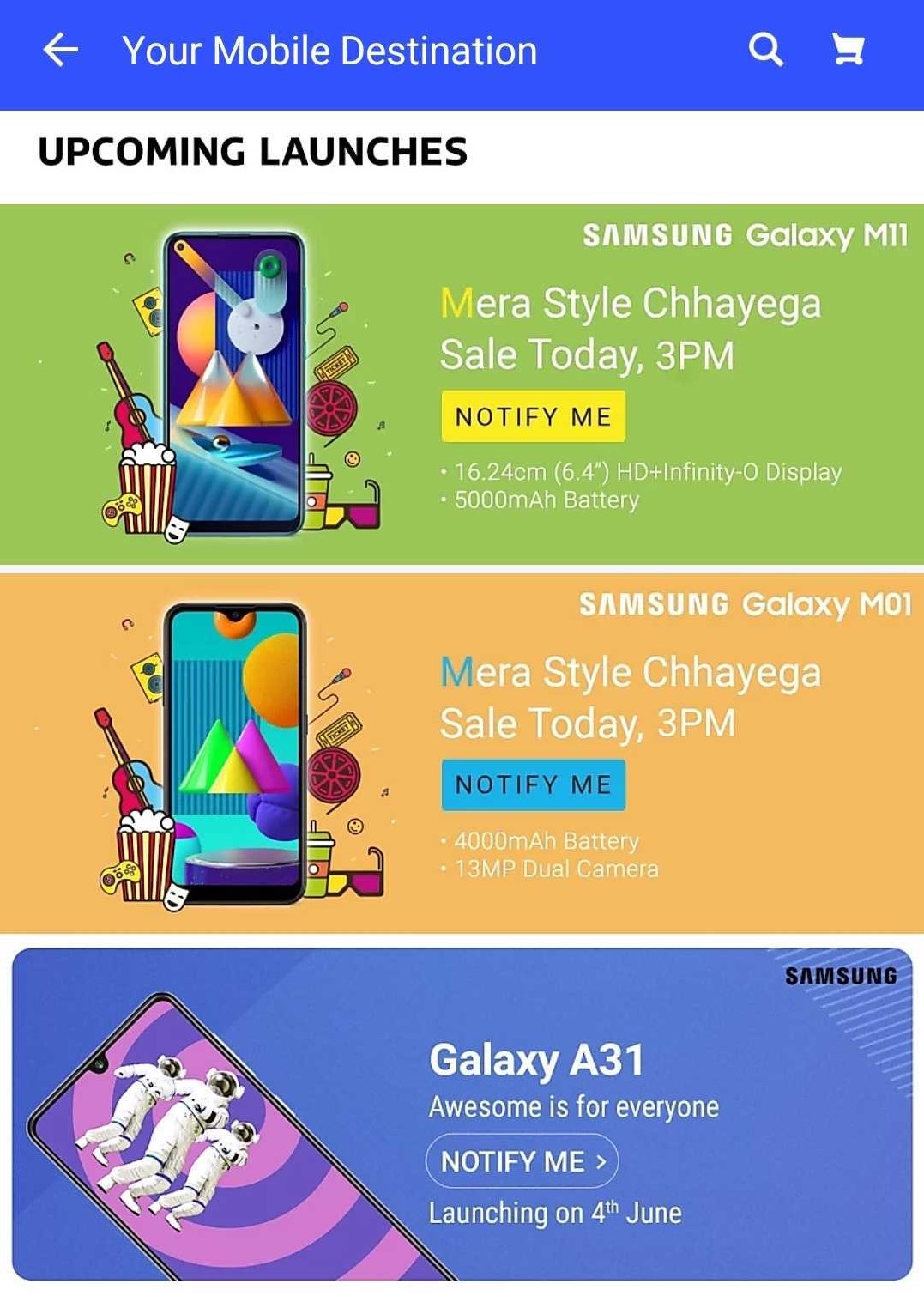