Galaxy A04 is now official with 50MP dual-camera and 5,000mAh battery 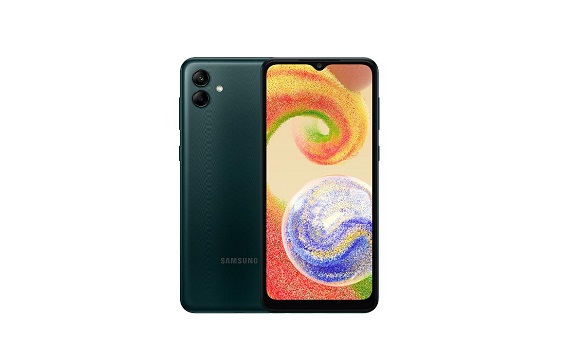 Just a couple of days ago, we came up with a report that revealed almost everything there was to know about the upcoming Samsung Galaxy A04 smartphone. Hardware details, official renders, and specifications details, everything were revealed in previous reports. Now, after months of leaks and reports, the Samsung Galaxy A04 is finally official, with not much buzz.

Yes, you read it right. The Samsung Galaxy A04 is officially launched with a 50MP dual camera, a 5,000 mAh battery, and all the other specs that were previously reported. As per the official spec list, the Galaxy A04 comes with a 6.5-inch HD+ Infinity-V display, which might make the Galaxy A04 look a bit dated since we are in the era of punch-hole smartphones. The successor to last year’s Galaxy A03 comes with a 5MP front camera and a whopping 50MP main camera with a 2MP depth camera.

As for the processor, it is powered by an octa-core processor, but the official list does not mention the name of the processor. The Galaxy A03 comes with an octa-core Unisoc SC9863A processor. The rear camera design sees a change, and the Galaxy A04 misses out on the fingerprint reader. There will be three RAM and storage options, i.e., 4GB/32GB, 6GB/64GB, and 8GB/128GB. The storage can be expanded up to 1TB via microSD.

The Galaxy A04 will be running Android 12 with One UI Core 4.1, a toned-down version of the One UI. It retains the 3.5mm headphone jack. Samsung has launched the Galaxy A04 in three colors, Black, Green, White, and Copper. Samsung is yet to announce the price of the Galaxy A04. New leak reveals almost everything worth knowing about the Galaxy A04

We haven’t heard much about the unannounced Galaxy A04 for over a month. After all, Unpacked was the highlight of August, and there’s been a lot of buzz surrounding Samsung’s new foldable phones and Galaxy Watch smartwatches. Nevertheless, the low-cost Galaxy A04 is back in the headlines as it is seemingly inching closer to its […]

Samsung Galaxy A04 inches close to launch, gets NBTC certification

While everyone has their eyes set on the upcoming foldables from Samsung, another Samsung smartphone is inching closer to its launch. Samsung has a phone for every price point, and the new phone that is listed on the NBTC certification website is a budget phone, that goes by the name Galaxy A04. Recently, it was […]

Samsung Galaxy A04 battery specifications pop up at the FCC

Samsung’s smartphone business covers every price point, so while we’re waiting for the Galaxy Z Fold 4 to be unveiled next month, Samsung is also working on some new and affordable Galaxy devices. One of them is the Galaxy A04, and the latter was spotted recently at the FCC. As established previously by an entry […]